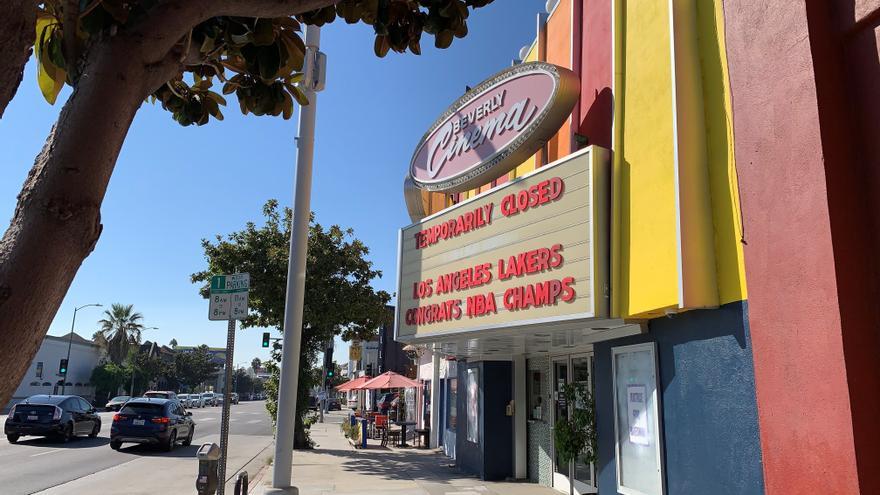 Los Angeles (USA), Jan 1 (EFE) .- Hollywood has a jam of premieres. If life were still analog, celluloid towers and towers would crowd their warehouses waiting for the moment to hit theaters.

Now the reality is digital, but the problem is the same: The pandemic has forced the vast majority of blockbusters in 2020 to be postponed, which will have to find their niche in a 2021 long-awaited by moviegoers.

The latest James Bond adventure postponed since last spring, the fourth installment of “The Matrix,” Lebron James’ debut in the “Space Jam” sequel, the updated version of “Dune,” and the return of Wes Anderson are just a few. of the premieres planned for the new year, a season that was born under great uncertainty and in which no one knows when it will be safe to fill theaters again.

Will we see the new “West Side Story” in the movies or in our homes? The revision of the mythical musical could have assured its projection on the big screen because it will not be released until next Christmas but the way is not as clear for “James Bond: No Time To Die” (April), “Black Widow” (May ), “Fast and Furious 9” (May) or “Jurassic World: Dominion” (June).

To shed a little light on this labyrinth, Warner Bros. has been the fastest studio to make a move, because throughout 2021 and until the coronavirus ceases all its films will be released simultaneously in cinemas and on streaming “. A practically mortal blow for theaters with which he has ensured that he will release his films.

THE “STREAMING”, ALLY OF STUDIOS AND ENEMY OF CINEMA

Until now, no studio, except Netflix, had dared to release a blockbuster in theaters and on the Internet at the same time. The famous “distribution window” in which the tapes waited three months before reaching the domestic market was scrupulously respected. But on Christmas day recently everything changed: Disney and Pixar launched “Soul”, one of the animated films of the year, directly on the Disney + platform, and Warner Bros. brought “Wonder Woman 1984” to HBO Max.

The strategy of the former was punctual; that of the latter was the inauguration of the method by which HBO Max will host all the studio’s films in 2021: “Godzilla vs. Kong”, “In the Heights”, “Space Jam: A New Legacy “,” The Suicide Squad “,” Dune “and” Matrix 4 “, among others.

The same day they hit theaters (after a few open), they will be available on the “streaming” service for 30 days. The funny thing is that, already started in 2021, HBO Max is still a US exclusive product that is scheduled to open in Europe and Latin America throughout the year, but a huge promotion has already been guaranteed to steal some market from Netflix.

On the other side of the coin is Disney. The entertainment giant has been less drastic and continues to bet heavily on cinemas. At the moment he has only released “Mulan” and Soul “through Disney +, and the first one in exchange for a not inconsiderable $ 30 as an extra charge.

His next film, “Raya and the Last Dragon”, will follow the model of “Mulan” in March and from there … it will be seen. For now, Marvel fans will see “Black Widow (May) and” The Eternals “(November) in theaters, according to the company’s plans. Also, Pixar’s visit to the Italian Riviera with” Luca “(June) and the “Encanto” trip to Colombia (November) maintains its exclusive premiere on the big screen, the same as Dwayne Johnson and Emily Blunt’s “Jungle Cruise” (July).

A YEAR OF “REMAKES” AND HISTORICAL SAGAS

Platforms yes, platforms no, Hollywood’s obsession with giving new life to its classics will remain intact. In 2021 a new version of “West Side Story” will arrive under the direction of Steven Spielberg and it will not be the only jewel of the seventh art that will be renewed.

Even Tom Cruise will return to “Top Gun” more than 30 years after its premiere with a sequel to the eighties film par excellence.

And outside of “remakes” there will still be space for continuations of sagas like “Ghostbusters”, “Jurassic World”, “Fast and Furious”, “Matrix”, “Minions”, “James Bond” and “Tomb Raider”.

Beyond the commercial circuit, in February it will be Frances McDormand’s turn with “Nomadland”, a film that has praised critics who have already seen it and that sounds like a favorite for the Oscars.

“The Kings Man” will arrive in March while there is still no date to return to the picturesque universes of Wes Anderson with “The French Dispatch”, although it will probably be before the “biopic” about Baz Luhrmann’s Elvis Presley takes center stage. in autumn.

The when seems clear, the how not yet.