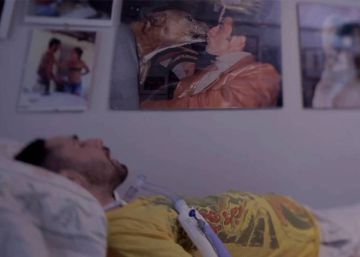 Assisted suicide is one step away from legalizing in Italy. The Constitutional Court has indicated in a historical sentence that it is not punishable in any situation to help a patient die with an irreversible pathology, which causes him physical or psychological suffering. The ruling, in one of the most Catholic countries in Europe, where the Vatican continues to maintain a great influence on customs and laws, opens a closed door to song and song after decades of debate. Parliament must now decide whether to legislate in the same direction indicated by the highest judicial instance or continue to ignore the issue, as it has done since the last decision of the same court.

The sentence is the result of the request of a court in Milan, which processes Marco Cappato, an ex-MP and member of the Radical Party, that helped Fabiano Antoniani die, known as DJ Fabo. Cappato accompanied Antoniani to Switzerland in 2017, where he put himself in the hands of experts from a specialized clinic. The case became a media phenomenon that reopened a latent debate in Italy.

The court's decision states that in certain cases it will not be sanctioned to help "a patient kept alive through life support treatments and who suffers from an irreversible pathology, a source of physical and psychological suffering that he considers intolerable, but that is totally capable of make free and conscious decisions. " Antoniani was tetraplegic and blind because of a traffic accident.

Cappato, also a member of the Luca Coscioni association, was exposed to 12 years in jail for helping DJ Fabo. Wednesday night he celebrated the court ruling and said that Italian society is after this "freer" decision. "The judges have decided: those who are in conditions like Fabo's have the right to be helped."

Italy already had to face the issue in 2009 with the case of Eluana Englaro, a woman who had been in a coma for 17 years until her family got justice to interrupt her artificial diet. All this despite an intense campaign by the Vatican and the Government of Silvio Berlusconi in the opposite direction. But nothing legally changed.

The ruling now underlines the position of the Court, already expressed in October 2018, and highlights the inaction of the political instances in this matter. Then the Constitutional Assembly urged Parliament to end the legal indefinition on this issue with a deadline: September 24, 2019. Italy, a country still dominated by Catholic customs and under the powerful influence of the Vatican, preferred to take a profile and Avoid a political debate about euthanasia.

The sentence comes now for an unexpected legal carambola. The Constitutional assumed the case of DJ Fabo because the Criminal Court of Milan, which processes Cappato, decided in February 2018 to raise the consultation on the constitutionality of article 580 of the Criminal Code, which punishes with prison sentences between one and twelve years to "who determines suicide or feeds another person's suicide purpose". The ruling will probably change the legal approach of a country that has lived so far with its back to this reality.