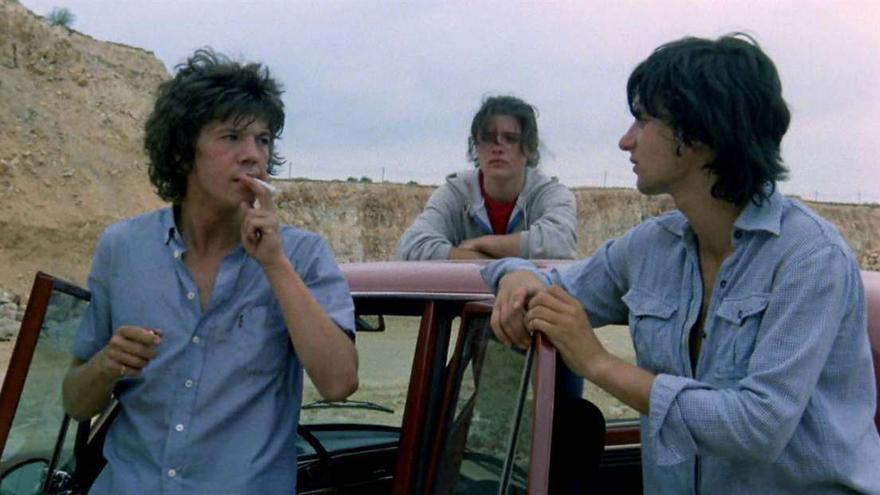 There is a book that has blown up the pavement of Madrid, revealing the blackness with which some of its thugs have blackened life in the depths of its streets. It is signed by Iñaki Domínguez and is titled ‘Intersecular Macarras’ (Melusina). As the subtitle says, it becomes a history of Madrid through its street myths; a choral story where the voices of the coolest intersect with the voices of the artists who live the street, names like Coleta, or the photographer Alberto García-Alix, through the editor and activist Servando Rocha, are some of the references cultural aspects of this juicy essay.

From the first brothels in Costa Fleming, to the shadow of the Colmenas in Calero Park, where many querindongas from the army lived in Franco’s time, the book is a tight walk through the memory of forbidden Madrid. An essay that started in the fifties, when everything began with the first age of developmentalism and Jarabo killed with impunity between shots of coca. Concrete and kitsch portals that lead to buildings with elevators where it smells of pure.

Then there is the center, with its corralas and its neighborhoods marked by the jaris of the gangs of that time, long before gentrification ended them forever. In between came the jaco, the horse, the heroine, the deadly donkey. Iñaki Domínguez shows us its origin. The Iranian revolution that brought with it the arrival of many exiles in the face of the Ayatollah threat and put them to sell in the Plaza del Dos de Mayo. Over time, the gypsy mafia would end up taking over the business that had its center in the shacks of La Rosilla, La Celsa, Pitis or Las Barranquillas, where only the cundas, the drug taxis, arrive; a public service not suitable for all audiences.

During the tour that Iñaki Domínguez does, music is not lacking; the sound of gypsyism that mixes with that of blackness, rap or the original hip-hop of Torrejón. Then the bakalas would end up absorbing all the good and all the bad; scratches on the dance floor on Valencian road nights. Boys and girls who leave the house at dawn and indulge in partying at afters. Rockers, Mods, tribes and urban legends. The lowlands of Aurrerá, the panther milk and the chains of the extreme right to every bug that smelled like punkarra. The Rock-Ola could not be missed. Nor is the Rowland, perhaps the most rocky bar in all of Madrid.

In Iñaki Domínguez’s work there is a bit of everything and a lot of something. Fauna of different fur that wander around La Conti, in that shady territory that borders the Castellana with Cuatroca, where the military houses face Maudes Street and house the children of the army who pass the shot. Preppy baddies who wear Pedro Gómez feathers and do Kung-fu while a parrot plays at full blast with a Chunguitos ribbon.

A job like this was needed, an essay where the relationships between people as disparate as Camilo Sesto and the boxer Dum Dum Pacheco, the legendary boxer who appears on the cover of the book, firing his fist at the doors of Carabanchel on his cool car, were reflected. a Lotus Cabriolet. Nazis, skinheads, goths, crossbars and hustlers marking packages in front of parents with the closet in tow; currelas and people from the neighborhood; losers waiting for a chance on the margins of a secret street map that, until now, no one had dared to decipher, much less put it in writing.

Iñaki Domínguez has succeeded, tracing a path through the symbols of marginality, leading us by the hand through a territory that, until now, had been hidden; It was only visible to those initiated into the wild side of life. In short: a book to celebrate.