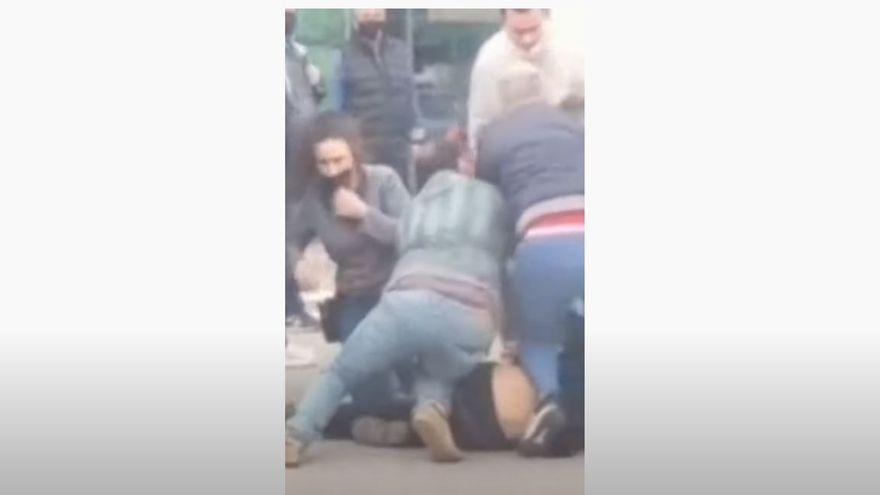 Justice or shrimp snitches? This Sunday, January 2, a video in which a group of people can be observed has gone viral holding another against the ground that, presumably, had come out of a Lidl supermarket located in Alicante with a prawn box, without paying.

In the video, which has quickly gone viral, you can listen to the person held on the ground complain of pain while some three people crush him with their knees against the asphalt under the gaze of another group around him.

The networks have quickly divided between those who defend the supermarket and condemn the theft as a "crime" and those who cannot give credit to the arguments that defend the large supermarket chain, especially taking into account, as some argue, the Christmas dates in which we are.

"If they wanted to be heroes, it was enough for one of all those to go to the Lidl and pay for the box of prawns and also buy him a pot of mayonnaise. As simple as that", sentences a tweeter.

“The reality is that with the law in hand, those who are committing a crime, or more than one, are the ones who are holding the thief. Stealing a box of shrimp without violence is not a crime. Retaining a person using force yes ”, defends another user of the social network. Along these lines, another user also points out that: "theft is an offense, illegal retention and assault is a crime."

Another user appealed no longer to the fact of fault or criminal, but to morality: “You already have to be an idiot to retain a person for taking a box of prawns at Christmas. Nor that they were going to inherit the Lidl”.

For their part, others have defended the actions of consumers of Lidl: "I am very happy that people are involved and I helped stop the offender". "I don't feel sorry for it. He has not stolen bread, rice or milk. He has stolen prawns. Many Spaniards make sacrifices to pay for those prawns or that lamb at Christmas ”, argues another user.

As often happens in this social network, on the other hand, others have not missed the opportunity to criticize the case with humor:

Defending LIDL between 15 because someone has stolen some prawns. The Gambengers.

7 people holding a guy for stealing this? pic.twitter.com/m8wgirQ47h