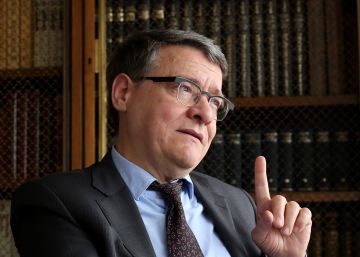 "The basic channels of the welfare system have jumped through the air," said Seville in the presentation of the report "Strengthening social welfare: from minimum income to basic income", published by the Social Observatory of la Caixa. This document concludes that an in-depth reform of the social protection system is needed to adapt it to the new needs.

According to figures from the European Commission, Spain is one of the countries whose social transfers benefit less at low incomes. The poorest decile only receives 4% of the total. In addition, according to data from the public employment service, four out of ten unemployed have exhausted their benefits and subsidies. Given this reality, Jordi Sevilla proposes that the social coverage system be redefined. Most of the aid provided by the public sector actually focuses on IRPF rebates. However, what happens to the four million people who are outside the IRPF and therefore do not receive such assistance ?, asks the former Minister of Public Administration.

The poorest neither quote nor pay the income tax. Consequently, they do not acquire rights and do not benefit from the social system. Curiously, according to Jordi Sevilla, now the social assistance for children provided by Social Security is less than the relief that can be obtained in the IRPF. In addition, there are more and more people in these groups. For all these reasons, Seville advocates a system that includes everyone: those who pay taxes and those who don't.

In fact, remember that the State already includes in the personal income tax a vital minimum exempt from the tax because it considers that this is the minimum amount to subsist. That amount stands at about 5,500 euros today and is increasing due to having children or other reasons.

Under the new scheme proposed by Seville, the citizen who is above a vital minimum exempt –whose figure would be to be defined — he would pay his income tax contribution, while the one below would receive money to cover that minimum. It would be a kind of complement to the income of that person who does not have sufficient resources. What in jargon is called negative tax or tax credit. And you could charge it on a monthly basis or at the end of the year just as it is done now with the child support in the IRPF. Therefore, everyone would have to make the income statement.

As for the fact that competition over these social aids is in the hands of the communities, Seville points out that it would be a way of giving a unique umbrella in which all public social policies are gradually integrated, providing a certain coherence. And it suggests that communities could participate as they already do in the IRPF with tranches.

In the opinion of this dozen authors, the current model of subsidies granted under conditions has not worked, and they explain that among the reasons is insufficient coverage or strong disincentive to seek a job if the subsidy is lost. Nor does it help to have 17 different programs by communities with disparate regulations and levels of generosity, they say.

This system organized through the IRPF would also really benefit those who have more because they would be exempting the income from the vital minimum, Apostille Sevilla, who was coordinator of the economic program of the PSOE in the 2015 elections. In addition, it would gradually end the inconsistency of having pensions or subsidies that are lower than that minimum essential for the subsistence set by the State. About Whether or not it establishes correct incentives, Seville has denied that under this formula work is discouraged.

Scholars recognize that the application is not easy and that no State has managed to implement it due to its high costs. However, there have been some positive pilot experiences such as the one in New York, which guarantees a revenue floor. In the case of Spain, the relative success of the minimum income of the Basque Country stands out. However, experts affirm that a major obstacle to launching a minimum income benefit is that the Autonomous Communities have the competence.