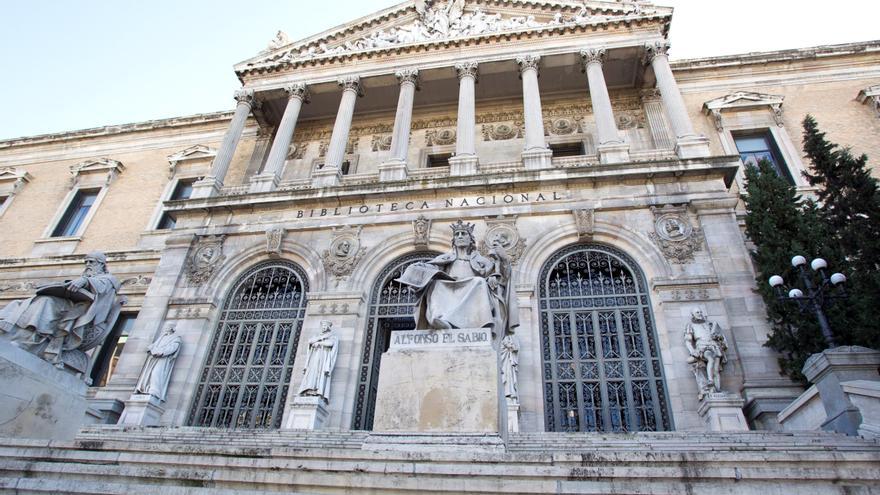 Madrid, Apr 16 (EFE) .- The Minister of Culture and Sports, José Manuel Rodríguez Uribes, announced this Friday the creation of a working group to guarantee the conservation and security of heritage in public libraries after the theft in the Library National of the work “Sidereus Nuncius”, by Galileo Galilei.

A working group that will be led by the general director of Book and Reading Promotion, María José Gálvez, responsible for library policy at the Ministry of Culture, and in which professionals and experts from the BNE will be present, according to explained the minister at the meeting of the Board of the Library.

This group, he has indicated, will prepare a protocol of actions in matters of professional deontology, security and communication in the library field with the aim of guaranteeing the conservation and security of bibliographic heritage and improving control mechanisms in libraries, also in the BNE, “in relation to responsible officials or persons who may intervene in security and conservation”.

A month ago, the Ministry of Culture opened an informative procedure to find out the facts about what happened in the National Library with the work of Galileo Galilei, and summoned its Board of Trustees to analyze the security protocols and take measures for “their improvement “, a meeting that took place this Friday.

Rodríguez Uribes recalled that the report is being finalized and that it will be studied in the coming days, and that its conclusions and proposals will be transferred when they are known.

At the meeting, the director of the BNE explained the protocols that currently exist in terms of security at the BNE.

The theft of Galileo Galilei’s “Sidereus Nuncius” (The Messenger of the Stars), one of the most valuable books in the National Library’s catalog dated 1610, would have been detected in 2014 but was not reported until 2018.

According to sources from the BNE when the events became known, in the middle of last March, this theft has been reported by the institution for “more than three years” and it was not until 2018 when its director, Ana Santos, received “the information by part of two researchers and scholars of the work “and proceeded” to request the pertinent report from the Technical Directorate “.

According to the account of the events, once this was received, the BNE reported the incident on October 10, 2018 to the Historical Heritage Brigade of the National Police, which continues to investigate the events.

In 1987, the BNE denounced the theft of a set of scientific works, including the copy “Sidereus Nuncius”. This book, as well as other copies of the theft, were recovered by the Police in 1988 and returned to the library.

Already in 2007 this copy was revised, when it was learned that it had been consulted by the same person who had supposedly “mutilated and stolen” in that same year parts of other books, and it was found that the work was “intact” and that it had not suffered “no harm”.

But in 2014, within another routine control of the Acid Program, this specimen was subjected to a new and “detailed” microscopic study that revealed that the work was a “forgery”.

Already in 2018, the information of a researcher who contacted the director of the National Library, offered “new news” that “clarified doubts” about the possible trajectory of the copy and confirmed “the hypothesis that the work returned in 1988 was original “and that, later, was” stolen and replaced by the false copy “.

A few days ago, Marino Massimo de Caro, a well-known Italian map and old book thief who has served several years in prison for his crimes, admitted in a statement to “El País” that he sold the copy of Galileo stolen from the National Library but He claimed that he was not involved in their theft.

The Italian maintains that he sold the copy for 500,000 euros in a Parisian store after it was sold to him by “an important Argentine family.”