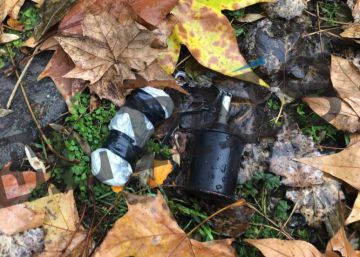 They are not only those of Vox, although in Vox it is more serious because they do it from parliamentary and institutional stands, but the thing comes from afar, and the extreme right has instrumentalized a runrun that has been worrying us for at least a couple of years . When we realized it was already late. At the moment we perceive that the acronym was used ore to spread garbage and identify some marginal and lost kids as enemies, the damage was done.

I accuse myself of negligent optimism: I never believed that such a racist discourse would get into a society, the Spanish one, which is not. Spain is the only major European country that has not had serious conflicts with minorities of immigrants and where the growth of these has not been a matter of debate or controversy, outside very ultra environments with a closed smell and no social or political influence. The grenade that deactivated the Tedax on Wednesday In the center of minors in Madrid, all the idiots who believed that this rain of lies and fascist propaganda were not going to have an effect would explode in our faces.

From a multitude of grandstands, not always ultras or suspicious of it, unimportant events elevated to the category of crimes have been exaggerated and fictitious crime waves have been thrown, convincing many that the problem with foreign minors in Spain is not a an issue that concerns social services, but a matter of public safety. Attempts to counter these insidies have been counted and insufficient. Very commendable I found the Saved Gonzo dedicated to portray the tragedy of these young people, but I'm afraid it was a pebble that barely resonated in the sea.

Neither is this aphonic column and at the wrong time, but it would be unforgivable not to write it.

Monedero criticizes the “classism” of the right and Cifuentes explodes: “But do you know what my parents do?”