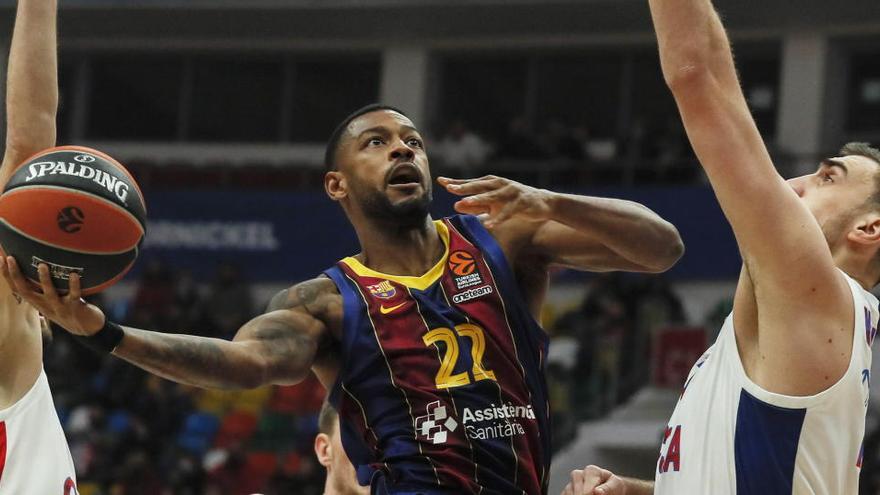 He Barcelona achieved this Friday a great victory against the almighty CSKA Moscow (75-88) in a game in which the Blaugrana team gave a master lesson in defense, especially within the area.

Nobody remembered this time Nicola mirotic, since a spectacular Higgins he replaced him perfectly with his 25 points and Abrines was very fine from the line of three, with five triples, for a total of 19 points.

Another key was the parity in the rebound (37 against 32), terrain in which the Russians usually crush their rivals, which allowed the Catalans to achieve something that the Real Madrid, conquer Moscow.

With this victory, Barcelona now has 14 victories and is only one win behind the leader of the Euroleague, CSKA itself.

It was the second consecutive game in which Sanunas Jasikevicius he couldn’t count on Mirotic, Brandon Davis and Victor Claver.

However, it was not a day to regret, since the Russian Army team could not count on two of its props either: Clyburn and Hackett.

Jasikevicius repeated the quintet that defeated Khimki three days ago with Calathes as game director and shadow of the local gunman, Mike James, who did not have his day.

Higgins started out very motivated against his old team. With two baskets he allowed his team not to let the Russians escape at the start.

From then on, CSKA began to tighten on defense and cause the Blaugrana team to make mistakes. A robbery of Kurbánov to Calathes put the marker in a dangerous (18-11).

Abrines was the only one who was toned in attack. The Mallorcan scored the two shots he tried from the triple, to which the Blaugrana base of Greek origin joined with another crucial triple. Thus, the first quarter ended with a hopeful (25-20).

Unit B of the Catalan team did not measure up early in the second quarter, forcing Jasikevicus to turn again to Higgins and then to Calathes, but without result.

The Lithuanian coach couldn’t take it anymore and called for a time out. The Russians already dominated comfortably on the scoreboard (35-24) with six minutes to go.

Abrines, the best of his with a triple and a basket of two for a total of 14 points, and Smits, with a spectacular dunk on his back, stopped the bleeding.

James rushed in a couple of attacking plays, Shenguelia made two childish mistakes and the Spanish turned the duel around in a flash. The two teams went to the changing rooms with a slight advantage for the visitors (41-42).

The Catalans started the third quarter very well, contributed to by the injury of Mike James, who hit his left knee against Smits.

The Russians seemed stunned and out of ideas in attack. Hilliard did not stop failing and only Milutinov in the zone offered some resistance (43-48).

Hanga with a huge triple against Bolomboy put his team up nine (44-53).

The local coach, the crack Dimitris Itoudis, he appealed to the defense to even the game, but a triple from Kuric and a new basket from Higgins put things in place.

James, who had returned to the court, shortened the gap, but Hanga, with a great tackle, closed the third quarter (56-64).

He Barcelona I did not want surprises. Martinez, who took a good blow that forced him to receive medical assistance, played like a veteran in defense and in attack with two good baskets.

But it was Calathes who seemed to put the last nail in CSKA’s grave with five minutes remaining with two consecutive triples (62-75).

The local players, led by Milutinov, threw the rest in the last minutes, but the Catalans no longer allowed themselves to steal their wallets.

Higgins put the icing on the work of art – two victories against CSKA this season – with a basket in true NBA style against two Russian giants.

Incidents: match corresponding to the twentieth day of the regular phase of the Euroleague of basketball contested in the Megasport pavilion before just over three thousand spectators.