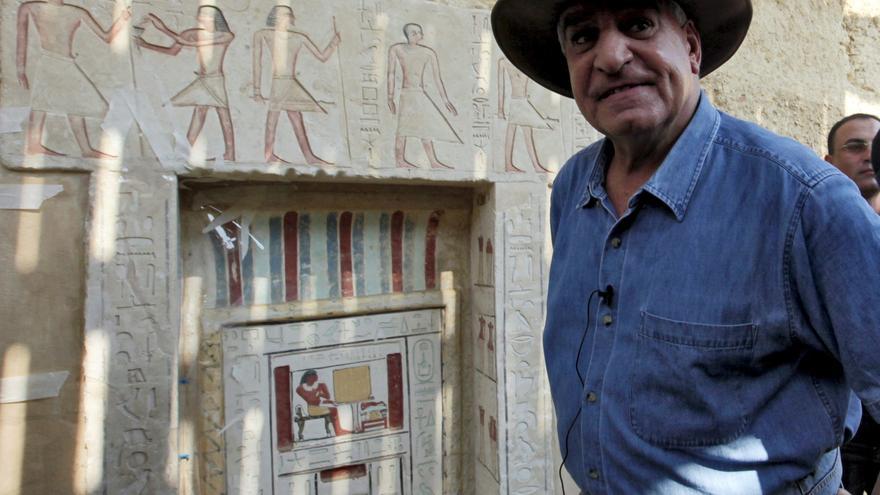 Cairo, Apr 8 (EFE) .- The Egyptian government announced this Thursday the discovery under the sand in the monumental Luxor of a great city of about 3,000 years old that was lost and is in a good state of conservation.

It is the “largest administrative and industrial settlement of the era of the Egyptian Empire on the west bank of Luxor,” located on the Nile, the Egyptian Ministry of Tourism and Antiquities said in a statement, calling the discovery “the largest city ever. found in Egypt “.

The city, he added, received the name of “The Ascent of Aten” and was active during the reigns of pharaohs of the 18th Dynasty, such as Amenhotep III or Tutankamaón.

“The streets of the city are flanked by houses, with stones in their walls up to three meters high,” said the famous archaeologist Zahi Hawas, who is in charge of the mission responsible for the find.

Hawas explained that “many foreign missions had searched for this city and had not found it” and, according to the Ministry of Antiquities, “the archaeological layers have remained intact for thousands of years, as if their former residents had left them yesterday.”

The city, indicated the Ministry, is “in good preservation conditions, with its walls almost complete and with rooms full of objects of daily life”, which have allowed the dating of the settlement.

“The discovery of this lost city is the second most important archaeological discovery since the discovery of the tomb of Tutankhamun,” according to Betsy Brian, the professor of Egyptology at the American University John Hopkins, quoted in the statement.

According to this archaeologist, “The Rise of Aten” will not only take a look at the life of the ancient Egyptians at a time when “the Empire was at its peak”, but will also shed light on “some of the most great mysteries of history: Why Akhenaten and Nefertiti decided to move to Amarna “, the region in which a new imperial capital was built in the 16th century BC.

The excavations that led to the find are located between two temples, one dedicated to Amenhotep III and another to Ramses III, in Luxor, and had begun in September 2020 to try to find the mortuary temple of Tutankhamun.

But within two weeks of starting, the archaeological mission was in for a big surprise when adobe bricks began to appear everywhere and archaeologists began to unearth the great city.

So far they have managed to unearth several areas of the city, where they have found a bakery, a large kitchen with ovens and ceramic pieces for storing food in which a large number of people had to work, as well as an administrative and residential neighborhood. .

The city, according to the statement, “was surrounded by a zigzag wall, with a single access point,” which makes archaeologists think that it had a defensive function.

They have also found a work area with molds for the production of amulets and decorative objects and an area for the manufacture of bricks used in the construction of temples and that bear the seal with the name of Pharaoh Amenhotep III.