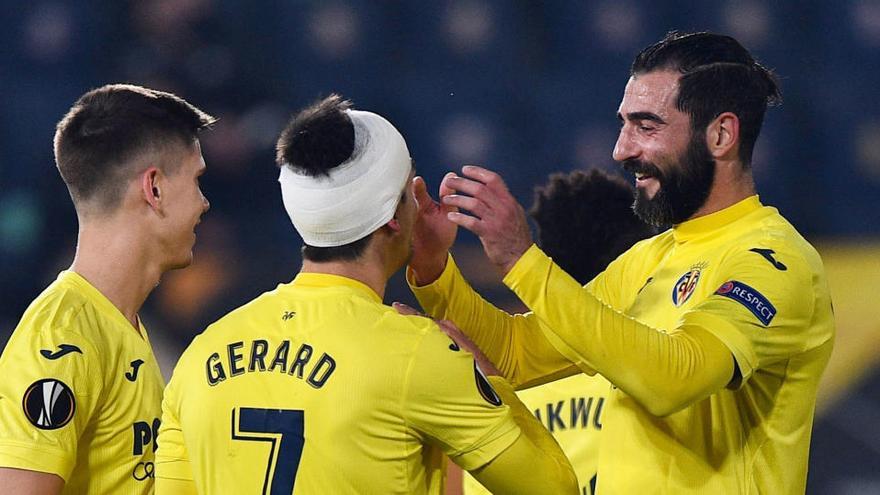 Two so many of Gerard Moreno, the second from a penalty, gave the victory to Villarreal in a discreet match of the Castellón team, which suffered a lot in the first half against a Salzburg but to whom he reacted in the second, which together with the 0-2 advantage he achieved in the first leg prompted a quiet classification to the Spanish team, but not very convincing.

The first half was controlled by Salzburg, who she allied with great intensity in pursuit of a goal that would get him early in the tie. The Austrian team achieved their goal, had good goal options and a defensive error by Rulli came the 0-1 scored by Berisha from Daka’s pass.

Villarreal was unable to react to this and Salzburg fell at ease for La Cerámica in a phase of the game in which 0-2 was always closer than the draw because a listless Villarreal was at the mercy of the visitors at all times .

Although after half an hour of play the superiority of Salzburg was not so insistent, Unai Emery’s outfit was still lethargic and unresponsive, while the arrivals in the vicinity of the local goal were constant by the players of a rival very consistent in pressure and clear options to equalize the tie.

However, the first time that Villarreal stepped into the opponent’s area, the draw came after a good start from Trigueros with a pass to Alcácer, who yielded to Gerard Moreno, who defined with great quality.

After the break, forces were level. Villarreal positively accused the goal obtained and that served to alleviate their problems and Salzburg suffered the consequences of having seen how the effort of the first period had not had an effect.

With equal forces, the referee whistled a penalty for a Capoue hand in the local area, but reviewed the action and retracted the initial decision. the play gave way to a bland phase of the game, in which Villarreal tried to control the ball without too many outings to attack, while the Austrian team was far from showing the fluidity of the first period.

When the match entered the final quarter of an hour, the most positive thing for Villarreal was that, unlike the first half, in the second they had managed to neutralize the opponent’s good football and advance towards the end of the match with ease on the scoreboard .

In the final minutes, Salzburg stepped up their attacks to close the gap and get into the game, but were unable to create enough danger in front of Rulli’s goal to have a chance of entering the round of 16 draw.

Also, one minute from the end, goalkeeper Stankovic knocked down Gerard Moreno in the area and the 2-1 rose to the scoreboard after the penalty taken by the Spanish team.

Incidents: second leg of the Europa League round of 32 played at La Cerámica without an audience.

The madridista Kroos, positive in Covid-19