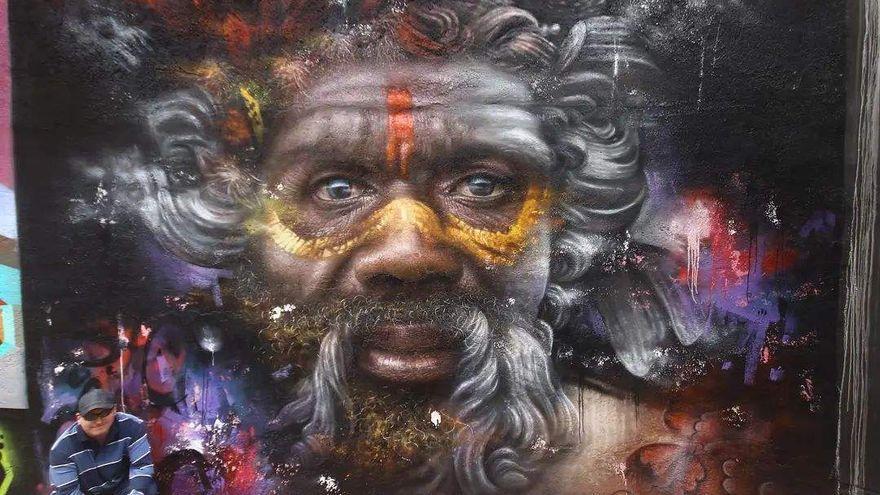 In recent years, the draft Murcia Street Art Project has brought to the Region some of the most important graffiti artists in the world. Artists of the stature of the Ivorian Médéric Turay or the Brazilian L7Matrix (to name just a few) have left their signature in the city and surroundings, promoting the condition of 'Outdoor museum' that is sought for the capital of Segura. However, there is an author for whom the gallery owner Darío Vigueras and the rest of those involved in this group have always shown particular interest.: Londoner Dale Grimshaw, and the truth is that it seems that the experts have rewarded his good eye.

Of course, bringing the Briton was a safe bet, but it's a long way from there to one of the hundred best graffiti in the world leaving us on our streets... However, this has recently been recognized by the largest global community of graffiti fans urban art, Street Art Cities, which has chosen a piece by Grimshaw in Sewer as one of the most outstanding of 2021 throughout the planet. Specifically, it is a mural that the artist painted just a few months ago on the street Mathematician Ferez -around the Plaza de Abastos- on the occasion of the hip-hop culture festival associated with the 'Young October' program of the town council.

In this intervention, in addition, the British opted to follow what is perhaps his most noted thematic line: the portrait of tribal peoples -especially of West Papua New Guinea- threatened by globalization. We are talking about ultra-realistic representations of painted faces and deep gazes, treated with a certain romanticism, that emerge from abstract backgrounds in which, as a contrast, a background of symbols and signs of the Western world appears. And those who want to come and see Alcantarilla will agree with Vigueras that he is a graffiti artist with a "very refined" technique... "He works with spray paint, of course, but also with an airbrush. to his Instagram and see some of his pieces one realizes that they are projects that take a long time and that have a tremendously detailed execution. And, of course, the result are works of great artistic value, "warned the gallery owner in words for this paper on the occasion of this latest Grimshaw visit.

In addition, it so happens that we are talking about an artist who - as a result of the special interest of the Murcia Street Art Project - has up to two more murals in the Region: one in Murcia, outside the facilities of the Regional Federation of Metal Entrepreneurs of Murcia (FREMM), and another in Los Alcázares (another municipality particularly interested in supporting urban art), but Vigueras would not like this to lead the less seasoned fan into error: "It is not normal that we are going to have so much of his work in the Region. These are people who like to go to various places, leaving their signature in different cities and countries; they don't usually repeat. In fact, I don't think there are many more of their works in Spain...", he pointed out then.

Now, Street Art Cities is looking for the best mural among the hundred selected. Voting is open and anyone can cast their verdict. Of course, regardless of what happens, no one can take away from the Region the fact of having one of the hundred best graffiti of 2021, although who knows if Grimshaw could achieve something more for Murcia. For now, just one last piece of information to value the work that the British bequeathed us in Alcantarilla: of all those chosen, only eighteen of them are located in our country.