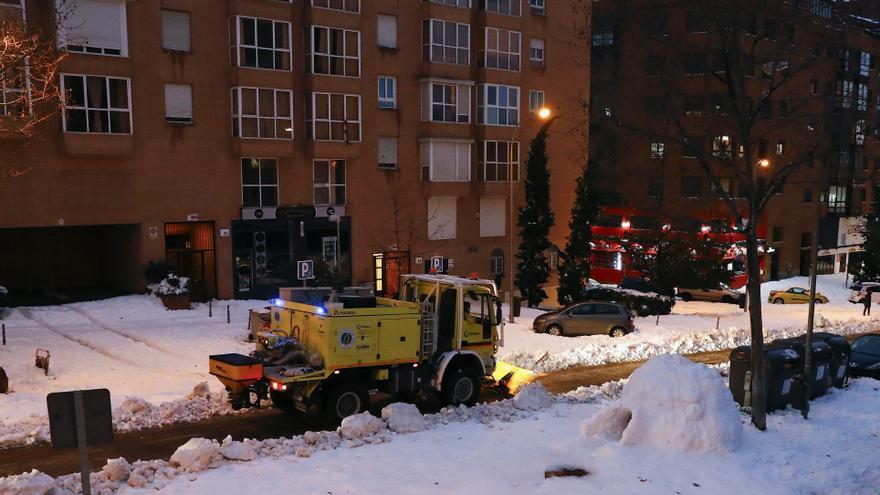 The storm Filomena has collapsed the Community of Madrid: schools and kindergartens will remain closed for several days, some supermarkets have been closed all weekend and circulation, both by private vehicle and by public transport or on foot, is very complicated. The Madrid authorities, led by the Governments of Isabel Díaz Ayuso and José Luis Martínez Almeida, have already more or less directly demanded that the Central Executive declare the region “an area seriously affected by a civil protection emergency”. what was previously known as catastrophic zone. The central government has responded that it is “studying” the situation. But, how is such a zone decreed? And what consequences does it have?

The declaration of an area seriously affected by a civil protection emergency is the exclusive competence of the Council of Ministers. The formula to decree this situation is included in the Law of the National System of Civil Protection, approved in 2015. Article 20 of the law indicates that this figure may be used “when an emergency occurs whose magnitude requires the intervention of the General State Administration for its recovery.”

The way in which it is put into operation is set out in article 23, which establishes that the Ministers of Finance and the Interior must propose it. Furthermore, “it may be requested by the interested public administrations”. Before submitting it to debate, the Government “may request a report from the affected autonomous community or communities”, always according to the legal text. In other words, the participation of regional and / or local administrations is not mandatory. Of course, the central executive must clearly delimit the area affected by the declaration.

And in which cases is it expected that the government can declare an area “seriously affected by a civil protection emergency”? The law is not very precise about this. In paragraph 2 of said article 23, it is indicated that “it will be assessed, in any case, that there have been personal or material damages derived from an accident that seriously disturbs the living conditions of the population in a specific geographical area or when produces the paralysis, as a consequence of it, of all or some of the essential public services “.

And what are the essential public services for this law? Those necessary “for the maintenance of basic social functions, health, security, social and economic well-being of citizens, or the effective functioning of State institutions and Public Administrations.”

This declaration is planned for the recovery phase of an area affected by a natural disaster, for example. In other words, these precepts are used to achieve the restoration of normality in the affected areas. “Once the immediate response to the emergency is completed,” according to the legal text.

The regulation itself defines in its article 2 what is understood, for the purposes of this law, by “catastrophe”: “A situation or event that substantially alters or interrupts the functioning of a community or society by causing a large number of victims, damages and impacts. materials, whose attention exceeds the available means of the community itself “. The key word, not particularly precise, is “substantially.”

To prevent this situation from occurring, there is the “civil protection emergency” which consists of a “situation of collective risk caused by an event that puts people or property in imminent danger and requires rapid management by public authorities to attend to them and mitigate the damage and try to prevent it from becoming a catastrophe. ”

The Government can make the decision on its own, but the declaration of “an area seriously affected by a civil protection emergency” implies that the central Executive assumes powers that are not its own, but those of the Autonomous Communities.

That is why it is necessary that the corresponding regional government has activated the so-called “situation 2” of its civil protection plan. The one from the Community of Madrid it is valid from April 2019 and establishes that the current Minister of Justice, Interior and Victims, Enrique López, is competent to decree said phase.

What measures does the declaration of an emergency zone include?

The measures applicable if the Government were to declare Madrid as an area seriously affected by a civil protection emergency are very varied. The law expressly includes some, although it leaves the door open for others to be established.

Those that are in the law are “financial aid to individuals for damage to their habitual residence and basic necessities”; “Compensation to Local Corporations for expenses derived from actions that cannot be postponed”; “aid to natural or legal persons who have carried out personal or property benefits”; “intended for industrial, commercial and service establishments”; “subsidies for damage to municipal infrastructure, provincial and island road network”; “aid for damages in agricultural, livestock, forestry and marine aquaculture productions”; and the “opening of preferential loan lines subsidized by the Official Credit Institute”.

But, in addition, the regulation also provides for tax measures, such as the “tax exemption” of the IBI in certain circumstances or the reduction of the IAE, among others. There are also provisions on Labor and Social Security that include moratoriums on payments, among others.

None of these grants can be considered compensation. The law establishes: “The aids for material damage will be compatible with those that could be granted by other Public Administrations, or with the corresponding indemnities under insurance policies, without in any case the global amount of all of them being able to exceed the value of the damage produced “.