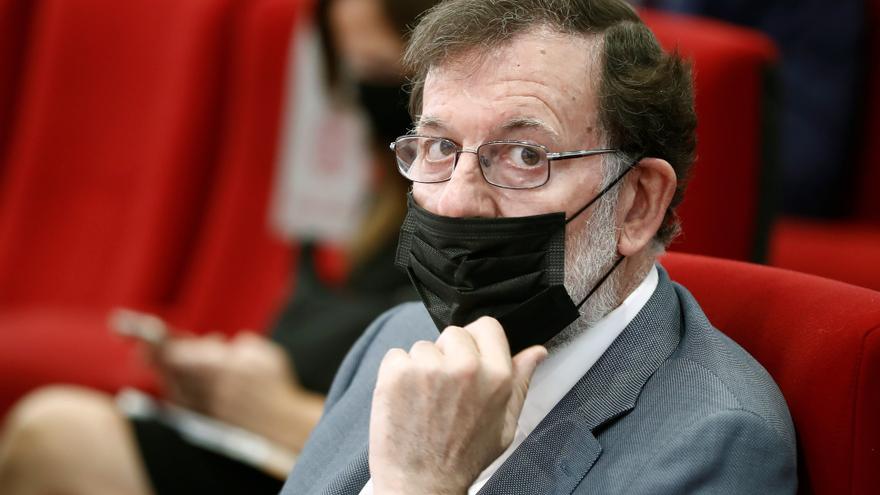 M. Rajoy will be very happy today. The Criminal Chamber of the Supreme Court, the one that judges those assessed for corruption, arrives the only judge who requested the acquittal of the PP in the Gürtel ruling. Is called Angel Hurtado. He is also the only judge of that court who objected to Rajoy being called to testify as a witness in the Gürtel, arguing that it was “unnecessary” and that it would cause him harm “because of the public exposure that is to see him arrive at the National Court “.

Hurtado also signed a private vote against the majority of his colleagues in the National High Court, who decided to separate Concepción Espejel and Enrique López from the Gürtel sentence due to their evident proximity to the PP. According to Hurtado, the FAES regular collaborator Enrique López – today Isabel Díaz Ayuso’s Justice Counselor and also Casado’s negotiator in all judicial matters – could have judged Gürtel with total “appearance of impartiality.”

Hurtado was one of the judges who decided that Luis Bárcenas’ wife, sentenced to 15 years in prison in Gürtel, I didn’t have to go to prison yet, while the sentence was not final. Coincidentally, this was the subject with which a lawyer from the PP pressured Bárcenas to achieve his silence: “If you speak, your wife will go to prison.” A silence that later came.

The arrival of Hurtado to the Supreme Court is one more example of how key appointments work in the Justice, a matter that I have developed profusely in two special reports that I recommend you read (first part, The monopoly of the PP in the Supreme; second part, The judicial bunker).

It has been a change of cards, as usual. In exchange for a small piece of the cake, six of the eight members of the progressive minority in the General Council of the Judicial Power in office have agreed with the conservative bloc the appointment of three new judges of the Criminal Chamber of the Supreme Court and the presidencies of three chambers of the Supreme Court.

With Ángel Hurtado –whose appointment has obtained 19 votes in favor– also enters a progressive judge but of recognized worth and prestige, Javier Hernández, and another quite unknown judge who happens to be neutral, Leopoldo Cuesta.

Javier Hernandez He was number two in the criminal specialization tests: a kind of anonymous exam that was going to serve so that these arbitrary appointments were limited to criteria of merit and ability, and not to political or corporate lobbying. Unfortunately, the Supreme Court overturned that procedure, but that examination – and its results – remained there, for all to see.

Hernández was number two in all of Spain in that event: an exceptional result. But number one won it Ramon Saénz, another judge who was among the candidates for those positions of the Supreme Court but once again is left out. There were three vacancies in the Criminal Chamber, but none of them will be for the number one in Spain in that specialty. Against him, it weighs that he was a member of the CGPJ for Izquierda Unida: a capital sin for progressives, but irrelevant if you are a conservative member.

Of the eight progressive vowels, only two –Álvaro Cuesta and Concha Sáez– have refused to vote. They argue, and they are right, that a CGPJ with an expired mandate should not make such decisions. “Justice emanates from the people and is administered in the name of the king,” says the Constitution. For a large part of the CGPJ, only the second half of this article is fundamental.

Among the progressive members who have voted today, there was someone else who would have liked to stop the appointments. But they have preferred a bad agreement to a greater defeat: to avoid that, in addition to Hurtado, he also entered the Supreme Court Conception Espejel, the “dear Concha” of Cospedal, who was challenged by her colleagues for her relationship with the PP. Or what Sanchez Melgar, the former Attorney General of the State of Rajoy, presided over the Military Chamber.

For the conservative sector, a single vote of the progressives was enough to approve all the appointments: 13 votes are enough and the right has 12 in this CGPJ. A support that, in addition, Lesmes had almost assured. To avoid it being a defeat by a landslide, the progressives have ended up accepting this agreement that, in addition to taking Hurtado to the Supreme Court, represents a great political triumph for Carlos Lesmes: to show a supposed unity of an expired CGPJ, which should have resigned en bloc almost two years ago.

The acting CGPJ has also approved this Wednesday three presidencies of the Supreme Court Chamber. They are appointments for terms of five years, in positions of enormous power: the presidency of the Military Chamber, the Social Chamber, and the Administrative Litigation Chamber.

The progressives have won the presidency and a half. That of the Military, for Jacobo López Barja de Quiroga. And that of the Social, where they have appointed Maria Luisa Segoviano: the first woman to preside over a Chamber of the Supreme. It will not be even half a term. In 2022, Segoviano turns 72 and will have to retire.

Jacobo López Barja de QuirogaFurthermore, it is not just a progressive appointment. His friend Carlos Lesmes also supports him. López Barja had a very good relationship with Alfredo Pérez Rubalcaba and endorsed the appointment of Lesmes as president of the CGPJ in the 2013 renewal.

Lesmes later returned the recommendation: in 2014 this CGPJ took López Barja to the Supreme Court and now names him president of the Chamber.

The conservatives also take the most valuable part of the loot: the presidency of the Administrative Litigation to Cesar Tolosa. He is a judge who has practically just arrived at the Supreme Court – he was appointed in 2014 by the conservative CGPJ – and that the right places in an armchair of enormous power. This Chamber decides, among other things, all conflicts that affect administrations or on very relevant economic matters, such as the famous sentence on mortgages and the floor clauses.

Rajoy is history. Its absolute majority of 2011 will soon be nine years old. We have voted four more times since those general elections. But the Government of the Judges that came out of that expired legislature continues to control the Justice, due to the blockade of the Popular Party. Since the vote on Wednesday, that judicial bunker in which the PP has entrenched itself also has the complicity of a progressive sector that agreed to the theory of the “lesser evil.” To a change of stickers that legitimizes a democratic anomaly of extreme gravity.