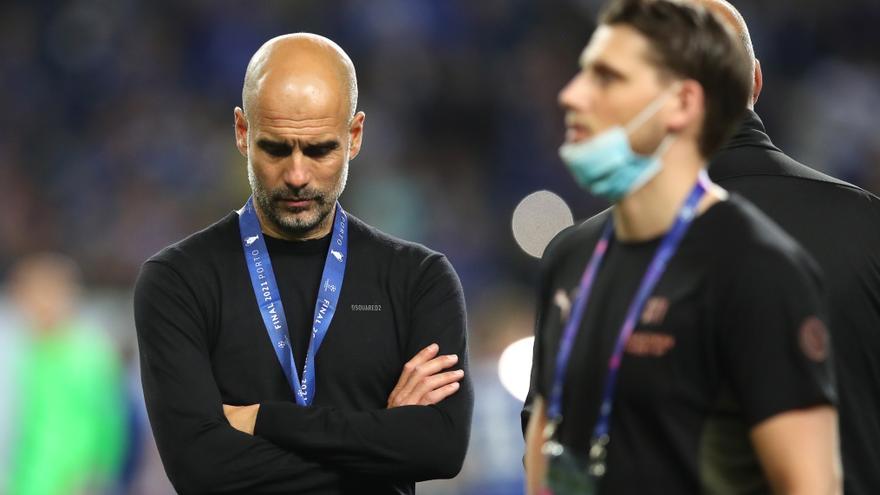 It has been baptized as Pandora Papers and there are almost 12 million secret documents on the fiscal management of some of the most powerful political leaders in the world. The investigation led by the International Research Consortium uncovers legal and illegal uses of a system that are under suspicion on five continents and analyzes the role of the United States and some tax havens in the alleged laundering of billions of dollars. .

The journalistic investigation, in which 150 media have participated, including eldiarioAR, from 117 countries, delves into the financial secrets of 35 heads and former heads of state, more than 330 public officials from more than 90 countries and a wide range of artists, athletes and businessmen. In Spain the media that make up the consortium are The country and The sixth and point to irregularities of the current Manchester City manager, former Barcelona player Pep Guardiola. According to the documentation made public this afternoon, Guardiola would have joined the tax amnesty launched by the Government of Mariano Rajoy to regularize funds that he kept in Andorra from the salary he received when he played for Al Halí in Qatar, between 2003 and 2005. Also featured is the singer Julio Iglesias who manages 20 off shore companies to manage his assets.

In the different installments of the investigation, the names of some leaders of countries that are, such as the President of Chile Sebastián Piñera, and of some former, such as Toni Blair, British Prime Minister between 1997 and 2007, will appear. The investigation investigates the offshore business of the King of Jordan; the presidents of Ecuador, Paraguay, Ukraine and Kenya; of the Prime Minister of the Czech Republic. The files also detail the financial activities of Russian President Vladimir Putin's "unofficial minister of propaganda" and more than 130 billionaires around the world. Details of the secret owners of private planes, yachts, mansions, and works by Picasso and Bansky, among other artists, appear on the papers.

Among the hidden treasures that the documents reveal are a castle on the French Riviera valued at millions of dollars (18 million euros) -with a private cinema and two swimming pools-, bought through offshore companies by Andrej Babiš, current Prime Minister from the Czech Republic.

There are also documents that link stars from the world of fashion and entertainment to tax havens: from Shakira to supermodel Claudia Schiffer. Both claimed to have duly declared their properties.

One of the paradigmatic cases revealed today by Pandora Paperrs is that of the Chilean president, Sebastián Piñera. Lac investigation carried out by the Chilean media Ciper and LaBot uncovers the sale of Minera Dominga through an offshore structure in the British Virgin Islands, together with businessman Carlos Alberto Délano, one of his childhood friends. Nine months after Piñera assumed his first presidency, in December 2010, the president's family left the business in the hands of Délano. To get rid of the business, an act was signed in Chile for 14 million dollars and another in the tax haven for 138 million dollars. The amount had to be paid in three installments, but the last payment was subject to the failure to establish an environmental protection area over the mining area of ​​operations, amid environmental claims.

The Piñera government did not promote environmental protection, despite having rejected another project in the area and the demands of environmental groups. In this way, the presidential family finally received its third installment. The manager of the Piñera family companies assured the investigation consortium that the President has not managed his business for 12 years, that he was not informed about the Dominga sale process and that the judicial investigation into the operation ended in dismissal.

The secrets of some royal houses are also in Pandora Papers: there are for example three mansions on the Malibu coast, which the King of Jordan, Abdullah II, bought for $ 68 million through three offshore companies years after the Arab Spring , when Jordanians took to the streets to protest unemployment and corruption.

The investigation shows that an English accountant worked with colleagues in the British Virgin Islands to help the King of Jordan to secretly buy 14 houses in the United States and the United Kingdom, for more than 106 million dollars. Among others, a $ 23 million property that overlooks a surfer's beach in California. The king's British lawyers said Jordan's law does not require him to pay taxes, citing security and privacy reasons and claiming that he never misused public funds.

The secret documents contrast certain public pronouncements, at a time when world governments are struggling with falling revenues from the Covid-19 pandemic. Last February, the Tony Blair Institute for Global Change urged more taxes on land and residences. Blair spoke of how the wealthy and well-connected have evaded paying taxes since at least 1994.

The Pandora Papers show that, in 2017, Blair and his wife, Cherie, owned a $ 8.8 million Victorian building when they acquired a British Virgin Islands company that controlled the property. By buying the company's stock instead of the building, the Blairs avoided paying $ 400,000 in taxes. Cherie Blair explained to the consortium that her husband was not involved in the transaction, whose purpose - according to her - was to "return the company and the building to the UK regulatory regime." The society is now dissolved.

Judging by the documentation that is now being released, offshore companies do not distinguish between continents or ideologies either. In June, the Brazilian economy minister, Paulo Guedes, proposed a tax reform that contemplated a new 30% tax on profits obtained through offshore entities. The Pandora Papers reveal that Guedes himself created Dreadnoughts International Group in 2014 in the British Virgin Islands. "You shouldn't be ashamed of being rich," said Guedes, "you should be ashamed for not paying taxes."

Guedes is listed as a shareholder in Dreadnoughts International Group, a "shelf company", a type of company that is registered in a tax haven and can remain idle for years, until someone decides to use it. The documents show that President Jair Bolsonaro's minister invested in 2014 at least US $ 8 million in the company, registered in his name, that of his wife, María Cristina Bolívar Drumond Guedes, and that of his daughter.

Another powerful member of the Brazilian economy, the president of the Central Bank, Campos Neto, appears with two companies, Cor Assets and ROCN Limited, registered in Panama and in partnership with his wife, the lawyer Adriana Buccolo de Oliveira Campos. The company was opened to invest in financial assets of Santander Private Bank, of which Campos Neto was a member of the executive council. Both Campos and Guedes have denied that they carried out illicit operations.

In Colombia, the alliance between The viewer -Connectas investigated two former presidents: the liberal César Gaviria Trujillo (1990-1994) and the conservative Andrés Pastrana Arango (1998-2002). Both maintain notable political influence and turned to offshore services when they had already left power.

Gaviria formed in 2010 with one of his brothers and other partners a company in Panama with which he controlled a Colombian firm related to the hydrocarbon sector. Pastrana was able to keep a company in Panama anonymous and manage part of his family assets from there.

In the case of Argentina, the investigation conducted by eldiarioAr reveals unprecedented operations by Zulemita Menem and Humberto Grondona, sons of two power icons in the recent history of the country. The daughter of former president Carlos Menem explained for the first time details about those movements, which will be published in the coming days. Some of the figures in the world of football also appear in never-seen documents, which explain how Ángel Di María, Javier Mascherano and Mauricio Pochettino structured part of their finances through tax havens. The three have given their versions and reported on their tax situation before the inquiries of journalists.

The Pandora Papers also reveal movements of tens of millions of dollars from tax havens in the Caribbean and Europe to South Dakota, a sparsely populated northern state. The value of property held in South Dakota trusts or trusts has skyrocketed more than four times in the past decade. One of the causes was that in December 2018, the Bahamas - one of the tax havens in the Caribbean - launched legislation that forced companies and trusts or trusts to declare their real owners (final beneficiaries). Some politicians complained that the registry would scare away wealthy clients.