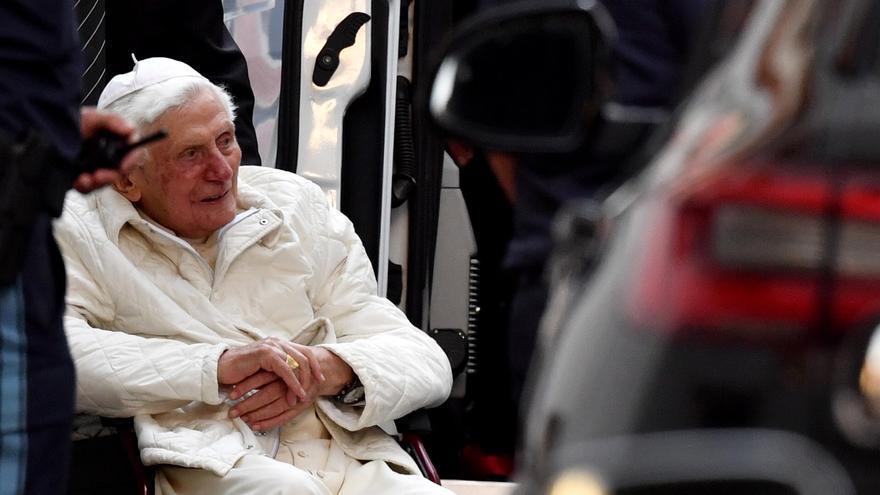 the pope emeritus Benedict XVI knew of the existence of cases of sexual abuse of young people and minors committed by members of the German Catholic Church when they happened and had reprehensible conduct in at least four of them, according to the authors of a report published this Thursday.

The report was submitted by a Munich law firm after the commission of the archbishopric of that city in southern Germany and its authors declared that the more than 1,700 pages documenting cases that occurred between 1945 and 2019 are a "horror story".

The pope emeritus was archbishop of Munich and Freising between 1977 and 1982, and although the report also criticizes the conduct of other high-ranking officials of the German Catholic Church, the story that refers to Joseph Ratzinger is the one that aroused the most attention in the long exposure of its content to the press.

The report documents hundreds of cases committed over decades, until practically the present, and holds the successive ecclesiastical hierarchies responsible for not having acted accordingly, at least, or even having covered them up.

In two of the cases attributed to the period in which Ratzinger was in charge of that archdiocese, the abuses were allegedly committed by two clerics who provided spiritual assistance and against whom no action was taken at all.

Those responsible for the report consider the reaction of the now pope emeritus "little credible", rejecting some of the allegations about the degree of knowledge he came to have of certain cases and maintain, instead, that on the part of Ratzinger there was "no recognizable interest" in acting against them.

The investigators are convinced that Ratzinger was aware of the case of the priest identified as Peter H., who in 1980 was transferred from the bishopric of Essen to that of Munich after being accused of being a pedophile and that in his new destination he continued to commit abuses.

Specifically, they refer to the fact that although Ratzinger now declares that he did not participate in the meeting held on January 15, 1980 in which that priest was discussed, the official record of that meeting confirms that the then archbishop made comments about a funeral service and about details of a conversation he had had with Pope John Paul II.

Ulrich Wastl, one of the lawyers, assured that Ratzinger had "to have known the events" and that "very probably" he knew what was happening in the archdiocese.

The report addresses at least the cases of 497 people, most of them young men and minors, and counts 235 alleged perpetrators of the abuses, of them 173 priests and 9 deacons, although it is presumed that there may be others.

The lawyers conclude that many of the priests and deacons continued to serve after their behavior became known; forty of the religious continued to provide spiritual advice and in 18 cases despite having been the subject of a "relevant condemnation" by their superiors.

Rebuke the cardinal who commissioned the report

The report also reproaches the Cardinal Archbishop of Munich and former President of the German Bishops' Conference, Reinhard Marx - who was the one who commissioned it - for his behavior in relation to two cases of alleged abuse and is also attributed not paying enough attention to such behavior.

Despite the fact that since 2010 there was a large amount of data on cases of abuse allegedly committed by religious who were still alive, the authors of the report indicate that Cardinal Marx - who was not present this Thursday in the disclosure of the content - only launched a small amount of research on it.

Marx presented his resignation to Pope Francis in 2021 as a gesture in the face of abuse of minors by members of the German Catholic Church after the reports released about the behavior of the hierarchy of the city of Cologne, in the west of the country, but the pontiff rejected her and praised her "courage".

The Vatican commissioned an apostolic commission to analyze what happened in that important German archdiocese after the former Cardinal of Cologne Rainer Maria Woelki admitted that there was a "systemic cover-up" of cases of child abuse, after learning of a report that analyzed dozens of them between 1975 and 2018.

Pope Francis rejected the resignation presented to him by Woelki, who took "some time" to reflect, but reproached the cardinal for "serious errors" in communication and said that the apostolic commission verified the existence of errors that led to a crisis of confidence that affected "many believers".