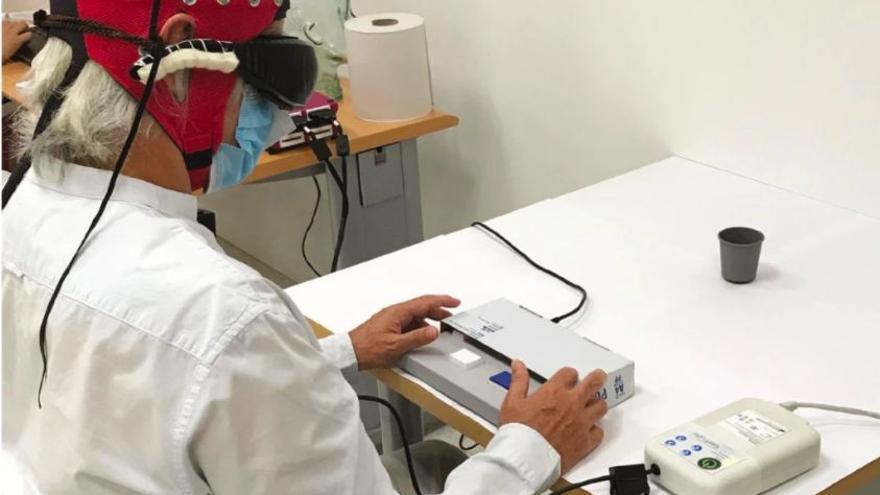 After 40 years of blindness due to a neurodegenerative disease, a man has partially recovered his sight thanks to gene therapy. The treatment consisted of injecting an adenovirus into the eye that carried a photosensitive protein from an algae and the use of special glasses. This is the first case of partial recovery of vision in a blind patient after a so-called ‘optogenetic’ therapy, a technique developed at the beginning of the century that is based on the manipulation of photosensitive microbial proteins and cells through light.

The patient is a 58-year-old man living in Paris who four decades ago was diagnosed with retinitis pigmentosa, a progressive neurodegenerative disease that destroys the light-sensitive cells of the retina and causes total blindness.

After the treatment and after a period of adaptation and learning of the use of technology, the patient was able to locate, identify and count different objects using the treated eye while wearing the glasses. The man could not visually detect any objects before the injection or without glasses after the injection.

“I hope it will be a breakthrough,” said the first author, José-Alain Sahel, from the University of Pittsburgh and the Sorbonne, who explained that the eye is “a very complex system that allows our vision to adapt to different light levels “.

But complex systems are also very fragile, so “when vision disappears – he pointed out – few treatments remain, apart from the use of prostheses or the reactivation of the remaining cells in the retina.”

The team has managed to directly activate nerve cells

Retinitis pigmentosa is caused by mutations in more than 71 different genes, so developing gene therapies that replace a few proteins to repair broken cellular machinery is challenging and not very effective.

So the team approached the problem from a different angle: instead of repairing the mutated genes one by one in cells that respond to light by activating the nerve cells of the retina, they decided to activate the nerve cells directly, which they used to do. optogenetic tools.

The team injected into one of the patient’s eyes a vector associated with an adenovirus that carried genetic information, which encoded a light-sensitive protein called ChrimsonR channelrhodopsin, which is found in bright algae in nature.

This protein responds to light by changing its shape and allowing the flow of ions into and out of cells, which activates them and, in the case of neurons experimentally designed to express channelrhodopsins, causes them to fire and transmit the signal to through nerve endings to the brain.

The researchers chose ChrimsonR because of its preference for activation by amber light, which is safer and causes less constriction of the pupil than the blue spectrum.

The target was the ganglion cells of the retina, that is, the neurons that pick up signals from rods and rods and transfer them through the optic nerve to the brain, where that information is processed to be perceived as a visible image.

To activate ganglion cells in this way, the scientists devised a way to transform the light bouncing off objects in our environment into a single wavelength of the amber spectrum, using special glasses equipped with a special camera.

This camera captures images from the visual world and transforms them into pulses of light that are projected on the retina in real time to activate modified cells during visual tasks, the University of Pittsburgh explained in a statement.

“Adapting to the use of glasses takes time” and, at first, the patient “did not find them very useful,” Sahel recalled, but after a few months he began to see the white stripes of a pedestrian crossing and, after several training sessions, he has been able to recognize other large and small objects.