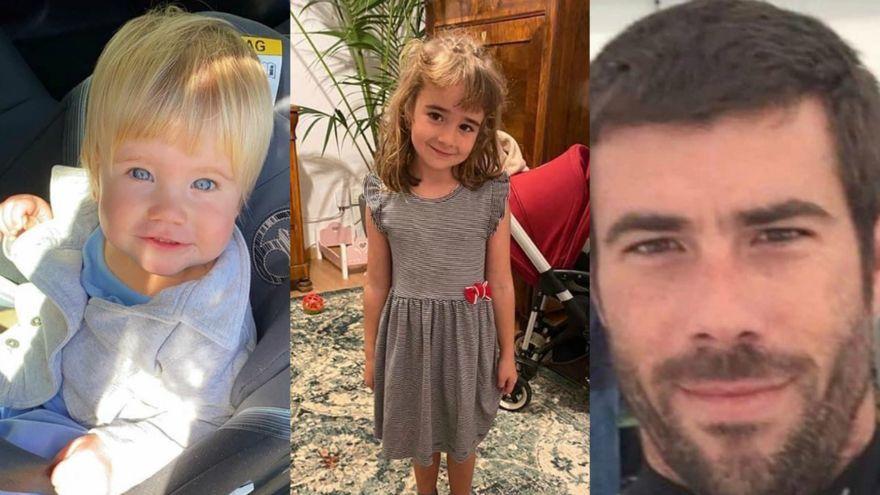 This Sunday it was 40 days since the disappearance of Thomas Gimeno and the little Anna and Olivia, aged one and six years, an event that keeps Spanish society in suspense and that has also transcended internationally. Since the absence of the father and the two daughters was reported on April 27, a search operation by land, sea and air has been deployed that has not managed to find a trace of the disappeared or any clue that could shed light on their possible whereabouts. .

The operation carried out by the Angeles Alvariño ship, which this Monday celebrates its eighth uninterrupted day of tracking, has focused on an area of ​​about 10 square miles, first off the coast of Santa Cruz, between the capital's port and the Añaza neighborhood, and the last days in the area between Santa María del Mar and Puertito de Güímar, where the drifting ship was located.

Toni Herrera, friend of Tomás Gimeno, declared in the microphones of COPE Tenerife that the family of the little ones maintains the hope of finding them alive soon. "Those of us who know him (in reference to Tomás) continue to believe that he fled to South America with them," says Herrera, who at first pointed out the possibility that the father had fled on a ship that sailed from the Canary Islands to Cape Verde. “Furthermore, we know that the Civil Guard is now investigating other ships that made strange movements, but this is not easy; everything takes a process and is not as fast as we would like, "he explained.

Along the same lines, he also emphasized the fact that if the oceanographic vessel Ángeles Alvariño he had not found any evidence linked to the small ones, this reinforces the hypothesis of the flight across the Atlantic. "This further clarifies our theory that he got on another boat to leave and cross the sea," he said. To conclude, Toni Herrera begged Gimeno not to complicate the situation further and to return to Tenerife with the minors. 'He made a mistake, admit it and come back. I would tell him that he has parents, that Anna and Olivia are not only his and that they should not pay for the broken dishes of a relationship. What need had to go to these extremes! ", He concluded.

The mother of Anna and Olivia, Beatriz Zimmermann, continues to keep the flame of hope alive, spreading images, videos and messages practically daily in its quest to find them. Specifically, yesterday he published on social networks some words addressed to his daughters, with a photograph of the girls accompanied by the protagonists of the children's film Frozen. «I hope that where they are they continue to feel like princesses. May you remain strong and hope that your mother is waiting for you.

On the NTN24 channel

The spokesman for the family of the missing girls, Joaquín Amills, spoke live yesterday on the television channel NTN 24, based in the Colombian capital, and which has studios in New York, Miami. Los Angeles, Caracas and Madrid, a way to amplify the search to the other Atlantic shore.

The Caribbean, an ideal refuge

In the Caribbean area there are a good number of countries that do not have an extradition agreement with Spain and that, consequently, represent an ideal refuge for those who are under a search and capture order by the authorities, such as It happens with Tomás Gimeno, for an alleged crime of kidnapping. In addition, the hypothesis that he had fled Tenerife towards the South American continent, assuming that e that. These are the former British, French and Dutch colonies that dot that part of the map, the Antugua and Barbuda islands, Bahamas, Barbados, Belize, Dominica, Grenada, Haiti, Saint Kitts and Nevis, Saint Vincent and the Grenadines, Saint Lucia, Trinidad and Tobago, as well as Guyana and Suriname on the mainland.