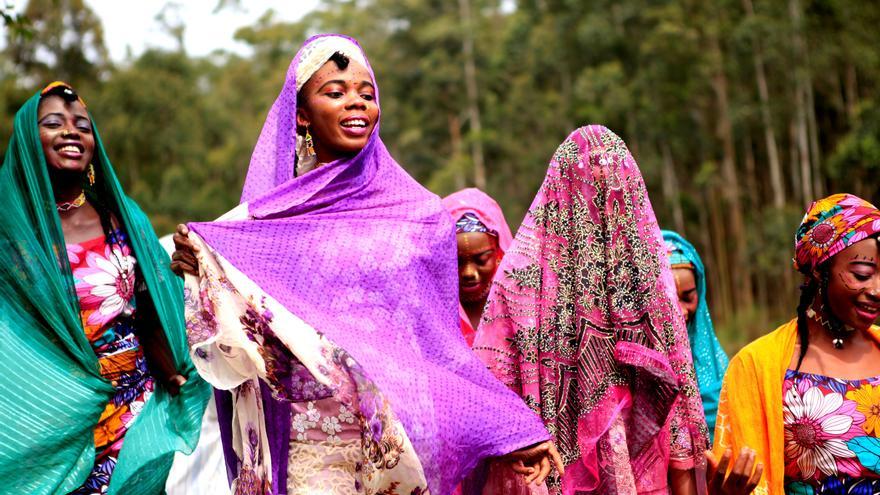 Nairobi, Feb 25 (EFE) .- The most intimate and human dimension of the violence of the jihadist group Boko Haram in northeastern Nigeria is reflected in the new film by director Desmond Ovbiagele, “The Milkmaid” (“The Milkmaid”) , which seeks “to go beyond the figures and delve into the emotions of those involved,” according to Efe.

The feature film was the Nigerian nominee for Best International Film at the 93rd Oscars and, although it was not selected by the Hollywood Academy as a finalist, it has caught the attention of Nigerian and international audiences.

“As cinematographers, we felt the responsibility to portray people who do not have a loudspeaker in their most authentic context, both with respect to the language, as well as their appearance or character,” said Obviagele, 48, in a telephone interview with Efe.

“The Milkmaid” (2020) is the second feature film by Ovbiagele, a former banker who changed finances for Nollywood cinema, as the Nigerian film industry is popularly known, one of the most powerful in the world.

The filmmaker debuted with the thriller “Render to Caesar” (2014), selected to participate in the Pan-African Film and Television Festival of Ouagadougou, the largest in Africa, and received awards such as the best international film at the International Film Festival of the Nile Diaspora in Uganda.

“The Milkmaid” tells how Aisha (Maryam Booth) and Zainab (Anthonieta Kalunta), two sisters of the Fulani ethnic group who grow up in northern Nigeria, see their lives marked forever when jihadist insurgents attack their town in full celebration of the wedding of Zainab, unleashing a chain of violence and pain that will have fatal consequences.

The film takes the audience to the beautiful landscapes of the northern state of Taraba and juxtaposes in an almost painful contrast the bright colors that the wedding guests wear and the beautiful patterns that women wear on their skin with the violence of the terrorists, who destroy in a few minutes the town, killing the men and kidnapping the two young women.

From here, Ovbiagele unfolds a cast of complex and nuanced protagonists, including the two sisters, who react very differently to capture; and Dangana (Gambo Usman Kona), an extremist fighter who ends up marrying both of them and later tries to leave the terrorist group.

“Some of the insurgents in the film do not have gray areas, they are basically evil, but in others there are more nuances and we have tried to portray them with the greatest complexity and fidelity possible,” says the director.

To achieve this rigor, Ovbiagele investigated in depth the conflict that plagues this African nation and managed to interview two female survivors of Boko Haram kidnappings, whose “resilience” impacted him, he says.

Although “The Milkmaid” also shows the violence of the insurgents, it is a more intimate than warlike story and focuses, above all, on the chiaroscuro of the relationship between Aisha and Zainab.

While Aisha resists her captors and manages to escape the kidnapping, her little sister Zainab falls into the trap of indoctrination and becomes a perpetrator as well as a victim, even encouraging other women to blow themselves up in attacks.

Above all, “The Milkmaid” is a story about Nigerians told by Nigerians, as evidenced by the choice of Hausa -the majority language of the area- and not English as the main language of the film, peppered with some words of fulfulde and Arab.

In 2019, the Nigerian candidate for the Oscars, “Lionheart” – the first film that the country presented to these awards – was rejected, precisely, for including too much dialogue in English.

“The language was key for us. It made no sense for the characters to speak English in northeast Nigeria, it just doesn’t happen,” says the director, who does not speak Hausa, however, complicating the filming of the film.

Another setback that made filming difficult occurred when part of the team traveled from the south of the country to Taraba and, at a checkpoint, they were taken over by real insurgents and attacked by the population, after the police found the costumes in their luggage. and elements of characterization that they carried.

Fortunately, after a few days in detention, the team managed to continue with the filming of the film, which has also suffered censorship of up to 30 minutes of images by the Nigerian authorities claiming that it links terrorism with Islam, something that the director denies .

“We were looking for maximum authenticity and we could not show the ideology of the insurgents as if it came from nowhere because it is not the truth, it arises from a place but they have decided to manipulate its interpretation,” emphasizes Ovbiagele.

“The Milkmaid” – which won five categories at the African Film Academy Awards – manages to delve into a reality that often reaches the public only through the death toll and seeks to “portray the people involved in that situation, both victims and perpetrators “, concludes the director.

Since 2009, Boko Haram has killed some 27,000 people and caused more than 2.7 million internally displaced people, mainly in Nigeria, but also in neighboring countries such as Cameroon, Chad and Niger.