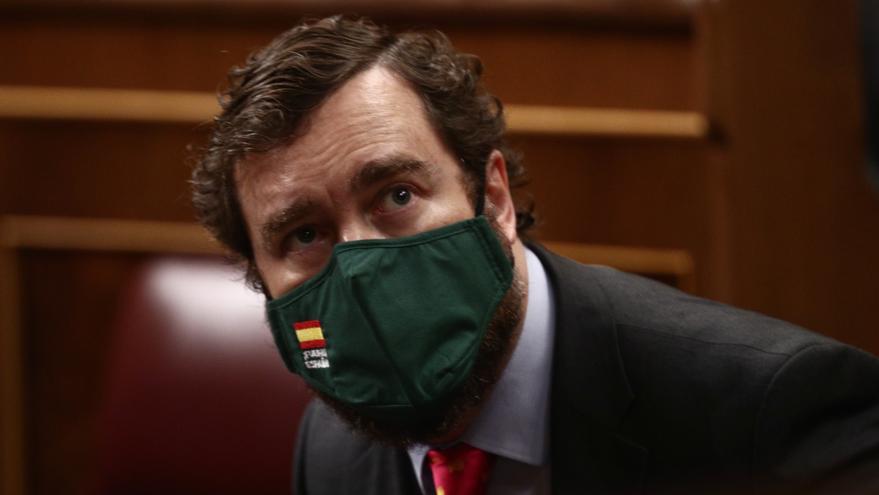 Vox’s spokesman in Congress, Iván Espinosa de los Monteros, and the conservative newspaper ABC have been locked in a cross-accusation for several days, including a campaign by the far-right party to unsubscribe from the newspaper.

It all started with a quotation mark: last Sunday, ABC published a news story that was titled ‘Independents in Vic “attack” Garriga and Smith, who have to leave in custody‘. The quotation marks in “attack” outraged the far-right formation, which described it on Twitter as “the most disgusting quotation marks in journalism that are remembered” because they understood that it was an attempt to undermine their credibility. This formula is used in journalism to indicate the literality of something (in this case, a few words by Ignacio Garriga) and, according to ABC itself, it was a “effort to faithfully reproduce what happened.”

That same day, Espinosa de los Monteros asked those who knew “some elderly person” who subscribed to the newspaper to “suggest” that they unsubscribe.

A day later, ABC woke up with an opinion of its director, Julián Quirós, under the title ‘El Señorito Iván’. “Señorito Iván has an obsessive fixation with ABC, you know why, maybe his prominent father would shake him with the newspaper on the top of his head, with a staple and everything, every time he returned with a suspense, fearing that that boy he would come to nothing if he did not put his head into politics, “Quirós wrote, adding that the now spokesman” must consider that ABC is useful for hunting or that it does not work for him “and that means” that he neither knows ABC nor has ceased to be a kid. ”

The Vox leader’s response was to post the subscriber’s phone number on Twitter: “Today they attack me because I am the spokesperson. They are within their rights. And so are we.”

This Tuesday a new reply from the director of ABC has arrived: Mr. Ivan (II) and a editorial. The director of the publication, after expressing his agreement with “not a few convictions of Vox”, ends up sending a message similar to the previous article: “As journalists we are never going to submit to the power that tries to shut you up (…) come from Podemos or from Iván Espinosa, calling for a boycott against ABC “.

The editorial denounces that there are party leaders with authoritarian ways, specifically mentioning Espinosa de los Monteros and Rocío de Meer. “They only seek to restrict freedom of the press, freedom of expression and freedom of opinion. They only conceive a submission of the press to their exclusive interests, and there are only” friends “or” enemies “to the extent that it is given up or not. to their points of view, to their instructions, to their way of understanding politics and their strategies (…) In this, their criteria are identical to that of Podemos, “says ABC. In the text they defend their coverage and point out that they are probably the ones who have reported “more broadly the campaign of harassment, aggressions, intimidation coercion and attacks suffered by Vox.”