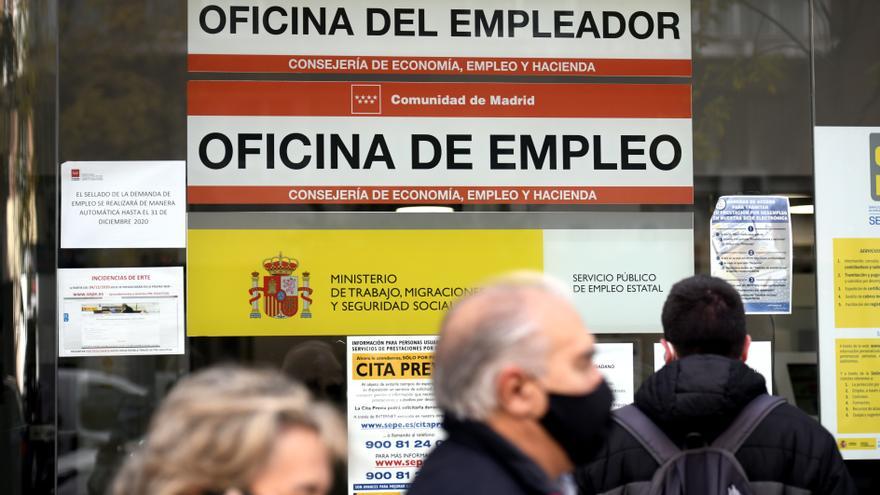 Another closing of the year with the calendar in hand and the daily uncertainty as to whether the Government will maintain the so-called 'safeguard clause' for pensions. "This uncertainty has almost become a tradition, like the Lottery," laments Javier, an industrial engineer who left Telefónica with 53 years in the great ERE that the company agreed in 2011. The clause, also approved in 2011, in the midst of the economic crisis , translates into retirement benefits for older people who were unemployed on that date and who would not find a job again until retirement. However, Rajoy put an expiration on this guarantee: on January 1, 2019. The Government of Pedro Sánchez temporarily extended the effects of the clause in the last two years, but, again, he wins again. If the Executive does not avoid it, it expires on December 31.

"A frantic week awaits us like every year," criticizes Javier, now 62 years old, who has requested an appointment with Social Security for next December 30 in case the Government chooses on this occasion not to extend the aforementioned guarantee. Pablo, an administrative also affected by the ERE of Telefónica and who left the company in 2013, prefers not even to think about this option. At 60 years old and without the possibility of retiring this December, he trusts that the Government will expand the safeguard clause again. "I would not understand that this was not extended, if the same party that has governed in the last two years has done so, in worse conditions, with a more unstable interim government," he says.

The unions CCOO and UGT have pressed this Wednesday so that the Executive of coalition maintains these advantages in a joint statement in which they demand "the replacement of the safeguard clause in the terms in which it was agreed, without a time limit, taking into account that it is about giving legal certainty to a limited and decreasing group of people."

The safeguard clause, approved by the Zapatero government in 2011, excluded elderly unemployed people from its pension reform, which entailed a tightening of conditions and access to retirement. For example, the ordinary age to retire gradually went from 65 to 67, the contribution years were extended to access 100% of the pension and access to early retirement was restricted.

This guarantee has allowed people who had lost their jobs before the approval of the reform (August 2011) and those affected by ERE or exit agreements already agreed on that date could retire according to the previous pension legislation, more advantageous . This provided that the unemployed were unemployed until they reached retirement.

In 2013, the Government of Mariano Rajoy established a deadline for the clause: January 1, 2019. On the one hand, it expanded the group of unemployed who could benefit from these benefits (all those unemployed since April 1, 2013 or affected by ERE agreed before that date), but on the other hand, it put a time limit for the purposes of the measure, since it would only apply until the end of 2019.

This left out "a few thousand" of elderly unemployed people - a number that is difficult to determine, according to the unions - who were left behind by this guarantee because, when they reached retirement age, the validity of the insurance would have expired. the clause. Most of those affected left their companies in collective redundancies (ERE), such as Javier and Pablo, who were added many times with the premise that this safeguard was in force and protected their pensions in the future. But there are also individual cases of elderly workers who were unemployed in the last crisis and then have not been able to reengage in the labor market, such as explained in this topic Esteban (fictitious name).

Javier has requested an appointment at Social Security to retire 'in extremis' two the day before New Year's Eve if the Government does not extend the clause. The two preceding years, the Executive of Sánchez expanded the clause at the last moment, days before the end of the year. The early-retired engineer at the ERE trusts that this year he will repeat his performance because otherwise he estimates that he will lose "more than 200 euros a month in pension," explains the engineer. The earnings for applying the pension safeguard clause vary according to the cases, the contribution careers and the salaries that the workers are receiving, but in some situations they are large.

In Javier's case, the "loss" in his planned pension, which he intended to access at age 63 and with the clause, amounts to more than 200 euros. He assures that he loses them both if he retires now with the old legislation - and the clause in force - as if he did so next year, at 63 years of age, but with this warranty expired. It explains it by the combination of several factors: how much anticipates retirement (with current legislation the ordinary retirement age is later), the change in the penalty coefficients for early retirement and a contribution career than with the previous regulations " it was worth more. "

Pablo is in a worse situation, since at 60 this 2020 he still cannot retire. According to his calculations, the loss in the pension from retiring without the safeguard clause can reach much more money. From practically leaving with the maximum pension to receiving a pension of "1,973 euros gross", according to the Social Security simulator, by the time he would turn 63 in 2023, with current legislation.

Javier commented in the past with elDiario.es that the high pensions that some of these workers who are subject to the clause receive have made them receive many criticisms for asking that these benefits be maintained in retirement. "Many people say that we are privileged, with the high pensions that we charge. It is not a privilege, we have been contributing all our lives for the maximum and we have changed the rules in the middle of the game. It is justice," he explained to this medium .

Pablo is very clear that, if I had known that the retirement conditions would be more restrictive, I would not have joined the ERE. "You have to remember what 2011 was like. There was a brutal crisis in our country, in which people went out of work by the thousands. Here they told you, sign the ERE, they are good conditions, you have to decide now. And you didn't know if after the ERE something worse was going to come, so we signed. But come on, if I know that the pension that I was going to stay is this, I won't sign, "he reiterates.

For Mª Ángeles everything is "a disaster" and she is in a sea of ​​doubts. A company doctor at Telefónica she ended up joining the ERE later, in 2012, so in her case she fears that the Government will extend the clause, but only for workers who were already unemployed (or had signed collective dismissals) in 2011. She benefits in part from the tweak that Rajoy made in 2013 of the legislation. "We don't know anything yet and there are only a few days left. In the WhatsApp groups people say that maybe they will extend it, but we don't know. It's a disaster," he repeats.

Javier agrees with the union's request: that the Government be clear and give an answer as to what it is going to do on this issue. "It's a shame because there are people who can't stand it, don't know what to do and are retiring now. If they extend the clause, they are losing better retirement conditions."