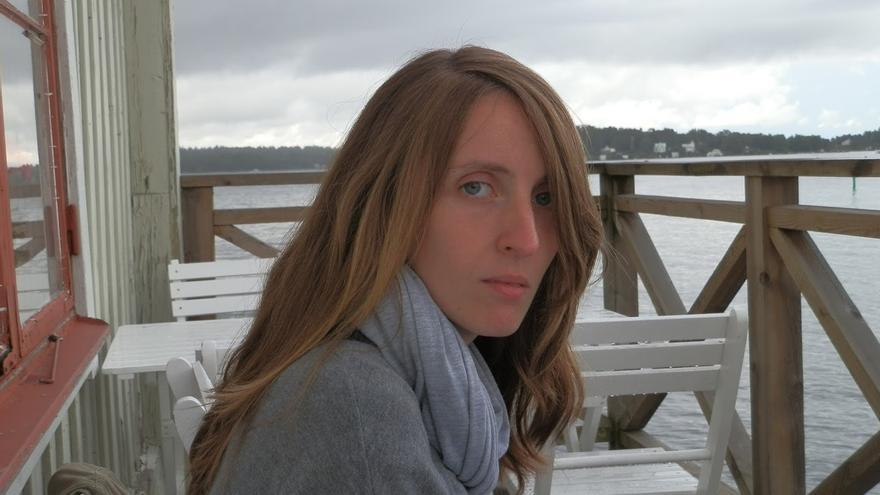 Science has advanced so much that the ethical problems that arise with surrogacy disappear because surrogates are no longer women, but gorillas. It is not something that happens today, but it does in the future world in which the novel takes place. Whoever is blameless, by Gema Nieto, which has just been published by the Dos Bigotes publishing house. An imaginary future in which the human being focuses on his individual well-being driven by the capitalist machinery for which he works without noticing it. It is presented as a science fiction book, although the reality it describes at times is not too far from the current one.

This is the author’s third novel – her predecessors are Membership (Trojan Horse, 2016) and remember (Dos Bigotes, 2018) – and in it he wanted to address the issue of surrogacy from a different point than usual: that of children gestated in this way, an aspect that he considers crucial. “The focus has always been placed on pregnant women and denouncing their situation, something of course necessary, but I was concerned that these same debates would forget the children, the development of their conflict and their identity, the possible existence of the bond with their pregnant women and the need to know their origins “, explains Nieto.

In Spain, adopted persons have the right to request their file once they have reached the age of majority if they want to know their origins. Likewise, the Bioethics Committee published last year a report In which it considers that the right to know the biological origin of the child born through assisted human reproduction techniques should prevail over the anonymity of the donor, a non-retroactive proposal. The need to know what their origin is is common in adopted people, but in those who were born by donation or surrogacy remains to be seen.

“It is not a question of questioning the love of parents or families, but of putting on the table that no one knows what effects having been born in a surrogate womb, on their identity and their need to know his origins when he grows up “, the writer raises. “Who knows what concerns, what shortcomings, what dilemmas or conflicts they will develop when they are young or old, or if they may even become detractors of the method through which they were conceived.” In the book, as in real life, there are characters who know where they come from and others who ignore it and each one has dilemmas derived from their personal situation.

There is an essential concept for the development of the plot that has nothing of science fiction, because at present it is one of the arguments that is used to justify or vindicate certain practices. Among them, of course, the approval of surrogacy in Spain: the right to be parents. Nieto opposes this statement: “These two concepts are often very confused, giving rise to a fallacy that is caused by the very mercantilist system in which we live, considering as human rights what are nothing more than individual wishes. The desire to be parents, not the right to be one, just as there is the desire to be happy, which advertising, the cinema or the self-help book industry has turned into the right to be happy. “

In the future that is proposed in the book, struggles for rights have been won that are still having to be defended today, such as that of the LGTBI collective. But in his imagined society, he continues to attack those who he considers different from the normative, in this case children born by gorillas. Who make them bullying At school they are insulted, attacked, banana peels are thrown at them and they are called ‘monkey children’. Others are the ones who suffer violence, but it is still the same. The human being, it seems, will always find reasons to hate and oppress.

“One of my characters, Kay, reflects on this very thing. She is a non-binary person that I have not identified with either of the two genres in the whole novel and is very clear about it: he watches people and knows that, even if they arrive To overcome certain barriers or prejudices, they will always tend to relentlessly create new sources of discrimination and conflict with ‘the others’ whom they consider different. It is something inherent to the very human essence. Who is blameless, the ‘monkey children’ have become the target of the anger of the intolerant or the manipulable, they are that sense a perfect transcript of LGTBI people “.

And if human beings have the inertia to go against their own species, when it comes to others, their lack of consideration is multiplied. Animal exploitation is another of the novel’s essential themes: after all, gorillas are the protagonists. They may not be able to verbalize their feelings, but they do convey them through gestures and attitudes that make it clear that they are not passive subjects. Although it is about animals, there are also ethical dilemmas that the company that manages the process in the novel tries to hide. It is assumed that thanks to their research the gorillas have not become extinct but have increased in number, the pregnant women live in an environment of absolute well-being and at no time do they experience suffering.

It is Kay who also meditates on the abuse exerted on animals in pursuit of progress. For example, remember the fifty dogs that the Russian Government sent into space in the 20th century to see if they were able to survive and thus be able to send human astronauts without risking their own lives but without giving importance to those of the canines. .

One of the questions raised by the author is where does this conviction that human beings are better, superior and the owner of animals come from. “He is believed to be the supreme owner of animal lives, a kind of god or king of creation (a role that he himself has validated through mythological and sacred texts) who can dispose of them at will for his enjoyment as for his most sadistic whims, as in the case of bullfighting, “says Nieto.

For her, animal torture cannot be tolerated in any case, nor could experiment or profit be justified under the premise of progress. However, the use of animals not only occurs in the cosmetic or meat industry, for example, but also serves for medical research that can cure diseases. Is it possible to draw a line that separates the legitimate from the unjustifiable?

“I agree with the experiments with animals that can develop medicines, vaccines or treatments that save lives”, but even in these cases: “it would be convenient that medical research and the pharmaceutical industry begin to work with alternatives so that the use of animals in laboratories (always for medical purposes, not cosmetic or otherwise) will be reduced more and more until it becomes the exception, “he clarifies. He also believes that in the case of the meat food industry: “the most fair and necessary is also to reduce consumption, or at least to do so responsibly, betting on production that takes into account the welfare of animals.”

The time that separates reality from that posed by the book is not specified, although Nieto responds that everything that is narrated could happen quietly within twenty or thirty years and would even say that: “the possibility has already been thought of.” “If the human being has the possibility of commercializing any need and thereby achieving a thriving industry even at the cost of lives, he will do so. We have seen it for centuries. What he would do in this case would be to disguise it as a wonderful gift, wrap it with a tie and offer it as an incomparable advance whose purpose is to improve the lives of people in all areas, as I explain in my novel and as it has already been done with surrogacy in many countries “.