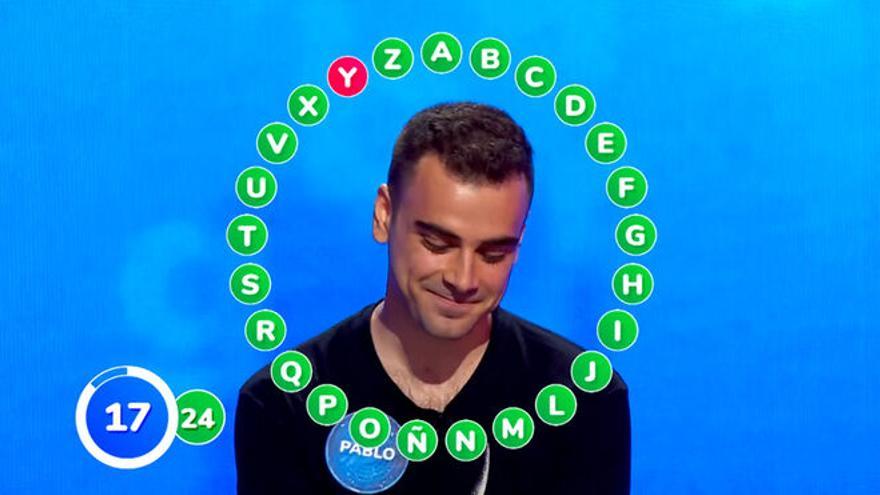 A total of 43 duels have Pablo and Luis at their backs, the two popular contestants of ‘Pasapalabra’ who will play for a jackpot of 916,000 euros in ‘El Rosco’. The final and characteristic test of the program has experienced another duel this Tuesday, but not lexical but legal. The City of Justice of Barcelona held a preview of the lawsuit filed by the Dutch production company MC&F against Atresmedia – the group to which the Antena 3 chain belongs – for the intellectual property rights of the test. There has been no agreement and the case may end in trial.

The object of the lawsuit, which has millionaire economic repercussions, is who has the right to issue ‘El Rosco’. According to the producer, she is MC&F as an original creator, since ‘El Rosco’, in her opinion, has its own property rights apart from those of the program. But for Atresmedia it is Antena 3, since it is television that today has the broadcasting rights of ‘Pasapalabra’. The Dutch producer already asked before the summer that Antena 3 stop broadcasting the final test of ‘Pasapalabra’, but the magistrate of the commercial court 8 of Barcelona rejected the precautionary measure and ordered MC&F to pay the costs.

After ending the preview without agreement, the court must first decide whether the case should go to trial. The session this Tuesday has served for both parties to reaffirm their arguments. According to the Atresmedia lawyer, the claim should not even be seen in a trial because the matter it was already settled by the Supreme Court last year, when the High Court agreed with the ITV production company and ruled that Telecinco should immediately stop broadcasting ‘Pasapalabra’. That is, the paternity of ‘El Rosco’ is already a ‘res judicata’, one of the reasons that prevent the repetition of trials.

On the other hand, for the MC&F lawyer, there are two different cases: his lawsuit in Barcelona against Atresmedia concerns the right to broadcast ‘El Rosco’, while the lawsuit that lasted nine years between Telecinco and ITV affected the entire program ‘ Pass word’. To support his argument, the lawyer recalled that MC&F was not part of the lawsuit that the Supreme Court resolved between Telecinco and ITV.

In her previous decisions on the lawsuit, the Barcelona magistrate, in addition to rejecting MC & F’s precautionary measures so that Antena 3 would stop broadcasting ‘El Rosco’, also admitted ITV as a defendant together with Atresmedia and declared the confidential nature of certain documents of the lawsuit, which the Dutch production company had requested applying the Business Secrets Law of 2019. In a car, the judge recalled that the Dutch production company allowed Antena 3 to broadcast the program, always including the final game between the years 2000 and 2006, without there being any demand then.

Urkullu raises a possible curfew at 8:00 p.m. and meetings of no more than four people