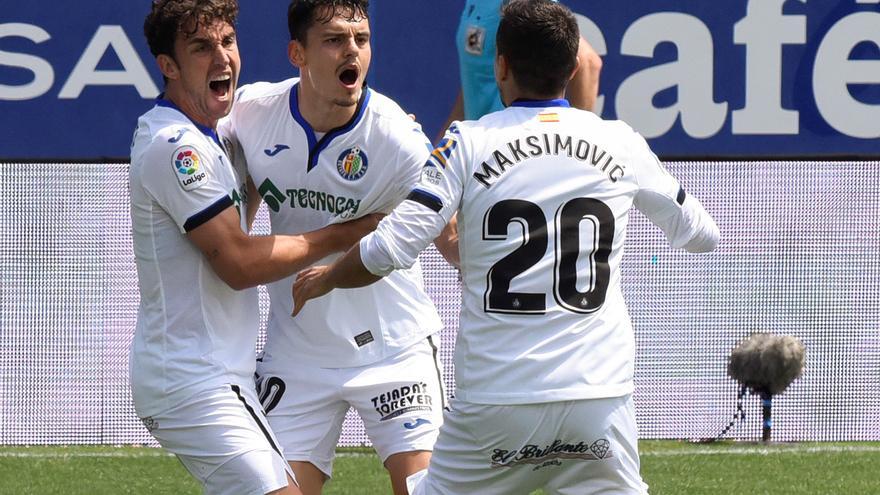 The triumph achieved by Getafe in their visit to the stadium of The Alcoraz de Huesca, with a double from Enes Unal, is a huge oxygen ball for José Bordalás' team in their fight for permanence, while striking a direct rival to the chin for the same goal.

The Madrid team knew how to win a key game, one of those that are worth more than three points, first because it means moving away up to seven from the Huesca, which seems to rule out these as a rival to continue one more year in First of Madrid and because, in addition, they win the particular difference.

It also adds an extra dose of morale to the team Jose Bordalás at a key moment of the season and given the downward trajectory he was showing.

The azulones were in free fall after having achieved only one victory in the last fourteen games, in which they had added five points out of 42 possible, and the victory in Aragonese cuts a very dangerous spiral that does not give you total peace of mind but that allows him to maintain distances with the lower zone.

Quite the opposite for Huesca, which accumulates three days losing When four years ago everything was put on his face when he came out of the descent and, although he has not lost everything, the situation is once again one of maximum risk.

From the beginning of the game, the pressure was suffocating from both teams, which caused that there was hardly the option to play the ball, hence most of the time both opted for a more direct and less combinative football.

The game passed between clearances and little control of both teams until there was a center from the right wing of Getafe that Jaime Mata finished off in the first instance with a head and that repelled the goal in a great stretch Andres Fernandez, What was used by the Turkish Enes Unal to cross the ball into the net before the passivity of the local defense, who did not come to clear the rejection of his goalkeeper.

Was the first arrival of visitors, that although they had not created danger, like Huesca, they did seem more involved in the game and with clearer ideas of how to face it, because they almost always took the rejections and second balls.

And that was even clearer after the goal, when José Bordalás's men completely deactivated the Catalans in the offensive aspect because not only did they not step on the area, but they only had a shot from their scorer, Rafa Mir, which came out slightly high.

Huesca changed the trend of the game after the break but it lasted very little because, in the 52nd minute, in an individual action by Enes Unal from the wing to the center, the Turk hit a shot close to the post from the edge of the area that was his second goal and that of his team, leaving Huesca on the verge of KO

The changes introduced by the local technician, José Rojo "Pacheta"They did not change the trend of the game because Getafe remained firm and, continuing with the great defensive work of the first half, hardly gave the Alto Aragonese opportunities to disturb them.

Referee: Martínez Munuera (Valencian Committee). He gave a yellow card to Ferreiro and Escriche, from Huesca, and to Enes Unal, Arambarri, Juan Iglesias and Damián, from Getafe

Incidents: match corresponding to matchday 32 of the First Division played at the El Alcoraz stadium behind closed doors. Huesca released a shirt that commemorates the Day of Aragon, which was celebrated on April 23.

Tags: about, an I, doublet, Getafe, Huesca