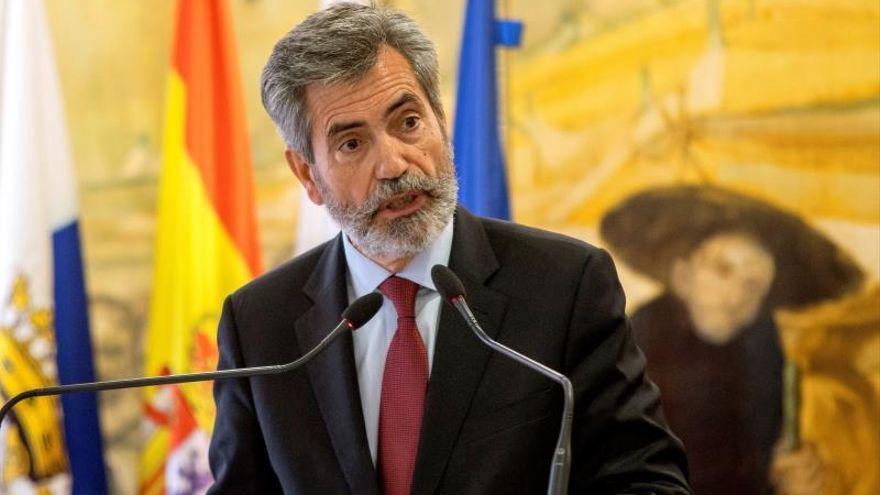 The Permanent Commission of the General Council of the Judicial Power (CGPJ), a body that is in office and with the mandate expired since December 2018, has issued a statement this Wednesday in which it insists that “respect for the independence of the Judicial Power, expression of the division of powers, is a key element of the rule of law and of democracy itself ”.

Although it does not expressly cite the formation, the statement comes days after some leaders of Podemos were critical of the judicial action in the case that a court in Madrid has opened against the party and several members of its leadership. Prominent positions such as his parliamentary spokesman, Pablo Echenique, or his spokesman for Secretary of Civil Society and Popular Movement, Rafael Mayoral, have described these investigations as “grotesque”, “nonsense” or “fake trial”.

“It is about setting up another ‘fake’ trial (another one) without evidence other than ‘rumorology’ in order to launch the umpteenth media campaign of defamation,” said Echenique. Mayoral, for his part, assured that the procedure “is a nonsense of beginning to end “. “It is based on assumptions without any criminal evidence that is being used in the media with the aim of discrediting us,” he added.

“The confidence of citizens in the independence of judges and magistrates is the best guarantee for the defense of fundamental rights and public liberties of all,” says the agreement, which has not been approved unanimously. In addition, the discussion of this matter was not on the agenda, sources from the agency confirm.

The text has had the backing of the president, Carlos Lesmes, and four members —José Antonio Ballestero, Nuria Díaz, Juan Manuel Fernández and Juan Martínez Moya. All of them belong to the conservative bloc, that is, elected at the proposal of the PP. The members Rafael Mozo, Pilar Sepúlveda and Álvaro Cuesta, from the progressive sector, voted against. The latter has also announced the formulation of a private vote.

The other reprimands to Iglesias

On two other occasions, the governing body of the judges directly reprimanded the leader of Podemos and current Vice President of the Government, Pablo Iglesias, for his words about the judiciary. The first was last January, just two days after he promised his position at Moncloa. So, he called on Iglesias to avoid “political use” of Justice after it qualified as “humiliation” that “many” European courts would have “unreasonably” Spanish judges in resolutions related to the process.

The second reprimand came last April, when the Permanent Commission of the CGPJ showed its “deep discomfort” and “absolute and resounding rejection” of the statements of Iglesias on the sentence that sentenced to 19 months in prison for a crime of attack and minor injuries in a protest against an eviction of Isa Serra, state spokesman for Podemos and a deputy in the Madrid Assembly.

Iglesias had affirmed that he was invaded by “an enormous sense of injustice” after that conviction. “In Spain, many people feel that very powerful corrupt people go unpunished thanks to their privileges and contacts, while those who protested a shameful eviction are sentenced,” he said on his Twitter account. For the majority of members of the Permanent Council of the CGPJ, these statements had generated “an unacceptable suspicion regarding the conduct of courts and tribunals”, for which they asked Iglesias for “moderation, prudence and measure”.