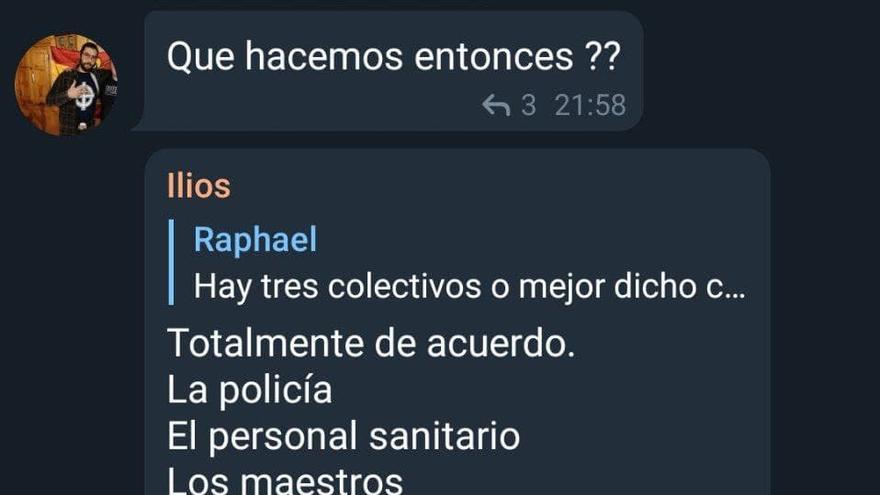 An anti-vaccine denier sneaked into the Santiago Apóstol Hospital in Miranda de Ebro (Burgos) last Friday and went from waiting rooms to areas restricted to health personnel, rooms and operating rooms for 17 minutes that he recorded continuously. The man, who has posted his video on Facebook, intended with this “to dismantle the great lie” of the COVID-19 situation in Castilla y León and more specifically in Miranda. According to him, the president of the Board had referred to this municipality as “a great focus”. The images obviously do not disassemble anything but they do demonstrate the lack of security and access controls in hospitals.

In addition to posting the video, FJC encourages more citizens to go to the hospital closest to their home to make similar recordings. “Before they force us to vaccinate,” he says. The Ministry of Health has indicated to elDiario.es that the Santiago Apóstol management “has opened an investigation.” At the moment, the recording is still on the network and is being broadcast on Telegram channels, where the deniers have opened channels. In one of them, actions are proposed against four groups: Police, health personnel, teachers and “especially journalists”, a “shortcut of human scum and garbage.”

In the video, the author casts doubt on the situation of hospital collapse by recording the semi-empty waiting rooms (you cannot go, except in the emergency room, without prior appointment), making fun of how “extremely saturated” the doctors are when visiting the consults and insults them. “What pigs they are! They are pigs!”, He exclaims before leaving the ground floor and going upstairs, ironically about going down the stairs because of the amount of virus that can infect him.

“You can clearly see doctors running, nurses from one side to the other, busy, with a lot of work,” he says while touring that floor. At one point, he pretends to be on the phone when he comes across a doctor, to avoid being kicked out. “This is fatal, what a disaster, we are all going to die infected, my God, what reason was the president of the Junta de Castilla y León, what reason was he, Miranda, a worrying focus!”, He continues. “The consultations are full, we already see how the health workers and medical specialists work,” he criticizes again. “We are all going to die, but of fear, but it will not be me, it will be others, it will not be me eh, let it be clear,” he threatens.

Record the rooms with the sick

“I go to the sick area to the rooms, to see if I can pass, to the kitchen.” Indeed, he manages to pass into a restricted area until a health worker asks him what he is looking for and he gives her the number of a room. When indicating that he is on the upper floor, the man returns to the waiting area and shows an empty bed as “part of the deception.” “What sons of a great bitch, right? This reaches my soul. Anyway I don’t dare to open rooms in case someone is ill, with other things, of course, of course, and I don’t want to invade their space, no It’s my style, “he justifies before stating that he is sure that most of the rooms are empty. Even so, he returns to another area of ​​rooms, or “to the same kitchen” as he announces himself “to see what is cooking.” Despite saying that he would not invade anyone’s space, he gets to record the inside of an occupied room through the open door. “It seems that there are people here, but it is not to be alarmist, I do not see people running from one place to another,” he says while walking down a corridor with cleaning products everywhere.

Without pause, he continues to the second floor, an area where he says he has never been, because he does not like hospitals. “I always try to cure colds and flu at home with natural remedies. Honey, lemon, herbs, teas, which is what we can best take, because the true cure for diseases is found in nature, the pachamama – an Andean goddess considered Mother Earth – is the one that gives us the cure for all viruses, “he says. Meanwhile, he arrives without any precaution at what he calls the “operating room area.” He enters an area of ​​rooms and again reiterates that he does not want to invade anyone’s privacy, but he records the interior of one of them again.

“It is worrying, yes, worrying is the attitude of our politicians and the people who govern us. Here, uncovering the big lie,” he points out while accessing another area of ​​rooms. It is while he is recording medical personnel that a health worker intercepts him to tell her where he is going. “I’m leaving now,” he answers. The woman tells him that she has been walking around where she wanted and he blurts out that “a hospital is a public place.” When she denies it and makes it clear that she can’t be there, she replies that because she says so. “Do you want me to call the police to tell you?” He asks. “Well, call the police,” he answers. It is the end of the recording. For almost 20 minutes he has moved around the hospital without the slightest measure except for the mandatory mask.