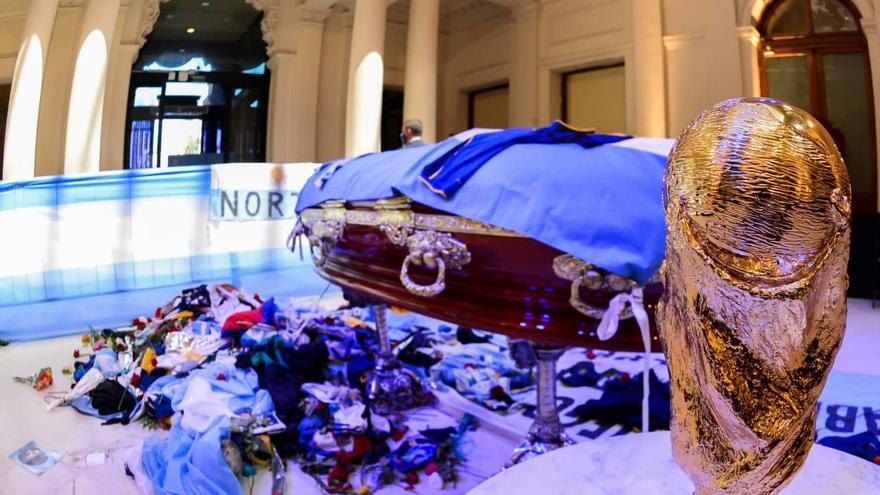 A detail, a historical preciousness, bare the trace of Alberto Fernandez in the decree-poem with which the Argentine government declared three days of national mourning to dismiss Diego Armando Maradona, a pause for the ritual of sharing sadness to take place.

In the first line of the second paragraph of the recitals appears the nickname “Pelusa”, a record of the first Maradona, that of “Los Cebollitas”, that of Argentino Juniors, the team where the best soccer player of all time debuted, that uncomfortable myth named Diego Armando. The “Pelusa” thing was a wink from Fernández, more as a fan of Argentinos than as president.

A microhistory, taken away, surrounded the decree of the duel that in its three pages, far from the legal and cold make-up, transits the sensitivity, a decree of desperate love.

Still in shock, Fernández -who suspended his official agenda- asked him to Vilma Ibarra, the Legal and Technical secretary, a while after hearing the news and gave him a specific indication.

It is, said Fernández, in the present; in present continuous of Maradona.

Ibarra gathered his team and, against the clock, began a laborious and difficult writing in his office on the ground floor of the Casa Rosada.

Within hours he had a first draft and took it to Fernández who reviewed it in his office, made some adjustments, added a line, and gave it the OK. It was the final text, a sensitive enumeration of Maradona’s magics, a correct brevary that generates empathy and nostalgia, a strange virtue of a decree.

At 8:00 p.m., the text was published in the Official Gazette with the signature of the president, the Chief of Staff Santiago Cafiero and the Minister of Sports, Matías Lammens. At that time, the main entrance to Casa Rosada, which has been under construction for years, had already been cleared to prepare it for the farewell.

It is in the recitals, not in the normative part, where the official text strips off the official corset. There are 633 words, which are linked to remember that Diego Armando Maradona, popularly called “Pelusa”, or simply Diego, was born on October 30, 1960 in VIlla FIorito, which mentions Los Cebollitas, Boca, who decrees that he was the author of the best goal in the history of football -the one he made in Mexico ’86 to England, the second, the one with the scattering, the absolute goal- of his unmatched football prowess, of the crying (and his puteada in mute, well vocalized so that understand) by TV in Italy ’90, Napoli and Barca, of that brand that made saying Argentina be like celebrating, sending, remembering Maradona.