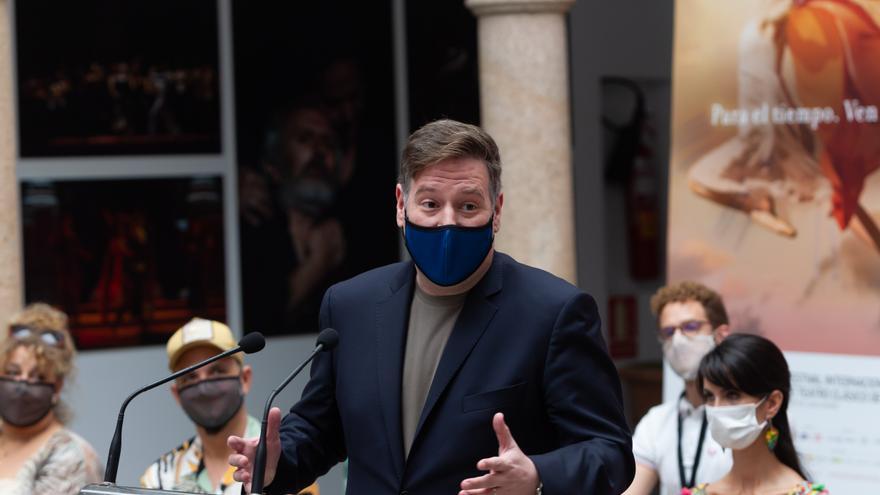 Mérida, Jul 27 (EFE) .- The humor and chameleonic talent of a debutant Carlos Latre once again brings to Mérida a version of the musical “Golfus de Roma”, and he does so accompanied by a multidisciplinary cast with the intention of paying tribute to the comedians and the old theater companies that brought laughter to the smallest towns.

“Golfus de Roma”, which has already sold 15,000 tickets and has a budget of 1 million euros, will be the fifth premiere of the 67th edition of the International Classical Theater Festival of Mérida, of which its director, Jesús Cimarro, has said today that this new work shows the great scope of adapting a musical that arrived at the Roman Theater of Mérida twenty-eight years ago.

The presentation ceremony was attended, in addition to Cimarro, by the actors and musicians who will give life to the new production, as well as the Secretary General of Culture of the Extremadura Board, Miriam García, and the delegate councilor for Culture and Libraries of Mérida, Silvia Fernandez.

The new version that Daniel Angles adapts and directs will stage next Thursday a cast of twenty-four actors and musicians, led by Latre, who will represent the slave Pseodolus.

The production has musical arrangements by Sergi Cuenca, co-direction by Roger Julià, choreographies by Óscar Reyes and musical direction by Xavier Mestres.

The work is about the experiences and search for freedom of Pseodolus, who will not hesitate to use the tricks necessary to achieve the freedom he longs for.

Between Pseodolus and his freedom, the character of Eros, who is the universal representation of a young man in love, in this case embodied by Iñigo Etayo, is found as a means to achieve it.

The love that Eros feels towards Philia (Ana San Martín) will allow his friend Pseodolus to achieve freedom wrapped in tricks and tricks.

All of this will be part of a musical that will surprise viewers due to its staging and great dynamism on stage, as highlighted at the press conference.

For his part, Latre has explained that he likes very high trampolines from which to jump, even though he is, as he has acknowledged, “scared to death”.

In that sense, he has considered his participation in the Mérida Classical Theater Festival as one of the highest springboards of his life, but he has valued the fortune of being able to do so with an audience such as Mérida as a witness.

This musical takes as its starting point the classic, based on the Plautus comedies, by Stephen Sondheim from 1962.

Later, the Spanish version, which would be called “Golfus de Roma”, was brought to the big screen in 1964, adapted by Manuel Ruiz-Castillo and José Luis Coll, with José Osuna as director and with Saza, Luis Barbero and Tip y Coll as protagonists.