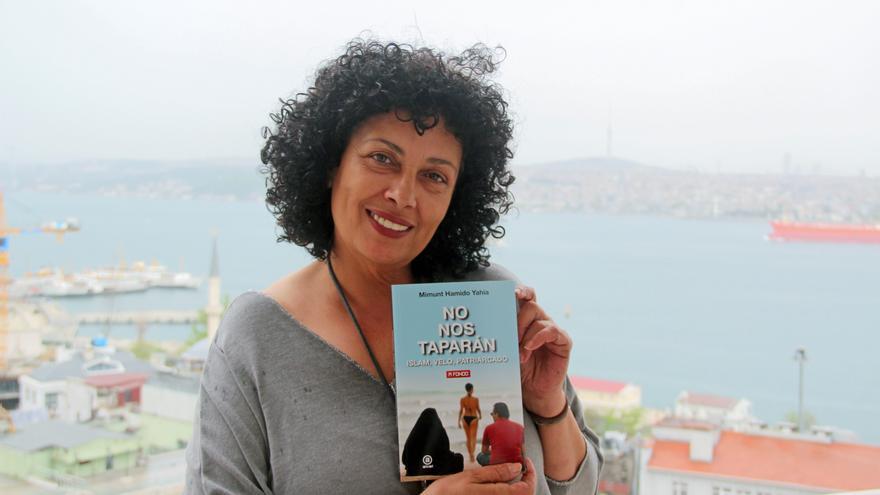 Istanbul, May 17 (EFE) .- “When you put on the hijab everything is praise. The problem comes when you take it off. The ostracism of the environment, that is what is not counted”, declares to Efe Mimunt Hamido Yahia, author of the essay “They will not cover us”, a plea for the equality of Spanish women of Muslim origin.

Born in Melilla and living in Istanbul, Hamido reflects in his book, edited by Akal, on the pressure of Islamist ideology on Spanish families of Muslim origin, and especially on women.

In its pages, it denounces how the institutions treat these families unequally, with the excuse of “protecting their customs”, instead of defending their dignity and their right to equality.

Hamido describes that the institutions have divided society between “them and us. Westerners and Moors with their customs, it doesn’t matter if they are Spanish”, while regretting that with this division they forget the “rights of many young Spanish women.

“In Spain, if a girl called Mari Carmen is married to her father when she is fifteen years old, it is unacceptable. But if the girl is called Fatima and she marries when she is fifteen, well, they say that they are their customs and they must be respected” review.

With this position defended as “anti-racist”, it is above all the left in Spain that is complicit in a “very internalized paternalism and racism,” he adds.

“When women who were born in Muslim contexts say that we are against the veil, they tell us no, that the veil is a choice and women have the right to wear it. What is not questioned is what happens to the right not to put it on, “he insists.

THE “INHERITANCE OF THE VEIL”

For the author, this “racist” treatment turns the migrant past of their families into something “hereditary” and makes them never fully integrate.

For Hamido, the hijab, while the most visible face of this problem, is only “the tip of the iceberg” of one of a series of moral norms to which women are subject.

However, she admits that she would only prohibit it in minors because they have no choice.

In his book he reflects on how Spain, France, Germany and other countries have fought to establish secularism and equality in institutions and how, despite this, religious symbols are now admitted in public space.

“In Spain the left has always criticized the Church. I remember when they fought to remove the crucifixes from the blackboard. But now we have teachers in front of this blackboard wearing hijab, a religious symbol,” he explains.

THE RIGHT TO REMOVE THE VEIL

In Turkey, a country where Hamido has lived for four years, several Turkish media and feminist associations have echoed his publication, which opens a debate also in force in the country.

Two years ago the association “You will not walk alone” was born, which helps women who decide to remove the veil and are repudiated by their environment.

“I wish there were such an association in Spain!”, The writer wishes, highlighting the number of letters and messages she receives from young Spanish Muslim women.

The author was one of the first feminist activists in Spain to publicly reject the control of the Islamic religion over the bodies and lives of women.

Through her blog ‘They will not cover us’, the namesake of her book, she has established a feminist network.

“We try to open a debate but there cannot be a serious debate when the other side does not want to debate. When an apology for the hijab is made, it is never said: we are going to help those who want to remove the veil,” he laments.

Tags: equality, He shouted, Muslim, not, Spanish, will cover