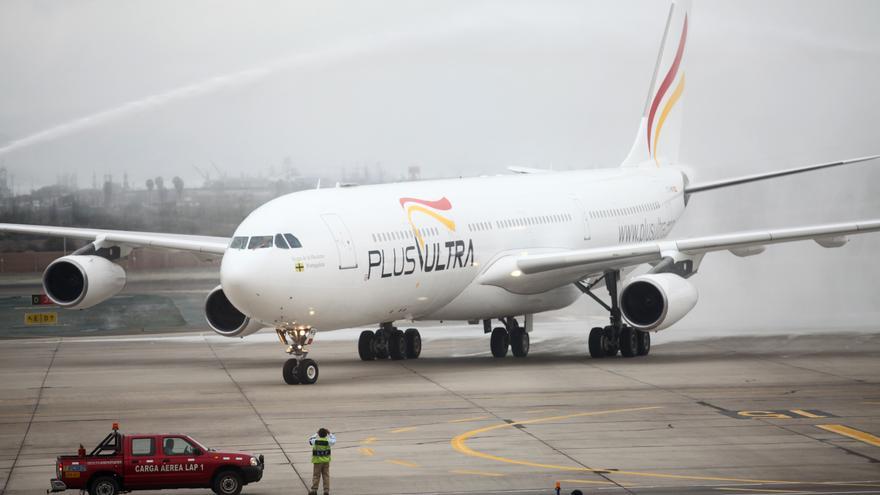 The head of the Court of Instruction Number 15 of Madrid, Esperanza Collazos, has ordered to suspend the delivery of 34 million euros that are part of the rescue to the airline and that had to be disbursed on July 28, so that the company proves that it really needs this loan to pay suppliers.

The judge, in a car to which Europa Press has had access, points out that “the disbursement of the amount of 34,000,000 euros, as a participatory loan scheduled for July 28, within a viability plan for the company Plus Ultra, it must be justified, given the existence of this “judicial procedure.”

The instructor understands that continuing with this injection of money within the expected period, risking “an unjustified delivery” would entail “a significant loss of assets without the possibility of restoring it to a previous situation.”

“The general theory of precautionary measures in the field of crimes against property in a broad sense of danger or urgency of its necessity, danger in default and the ‘fumus bonis iuris’ are applicable here, always having a provisional character” , has said.

The Court of Instruction Number 15 of Madrid investigates the rescue for the amount of 53 million euros that the State Society of Industrial Participations (SEPI) granted to Plus Ultra to keep it afloat, and that Vox and PP, both persons in the case, consider irregular.

Citizens has not been slow to react. Inés Arrimadas has demanded that the Government “assume responsibility” for the “scandal” that in her opinion has meant the rescue of the airline. “The rescue of Plus Ultra with 53 million public money did not make any sense and that is why we denounced it in Europe and in the Court of Accounts. Now the Justice orders to suspend it. The Sánchez Government must assume responsibility for this scandal, “he demanded via Twitter.

The president of Ciudadanos, the deputy secretary general, Edmundo Bal, and the head of the delegation of training in Europe, Luis Garicano, at the beginning of last June they filed a complaint with the Court of Accounts for “accounting responsibility“and they described the case as” absolute puff “. Garicano, for his part, also submitted a letter to the European Commission to denounce that Plus Ultra” was not a strategic company for the Spanish economy and was already in crisis before the pandemic ” .

“New judicial blow to Sánchez,” said the president of the PP, Pablo Casado. Today, thanks to the appeal of the PP, the court has paralyzed the rescue of Plus Ultra. The dismissal of Ábalos does not cover the corruption in favor of Maduro to pay the votes of Podemos, “he added in a tweet.