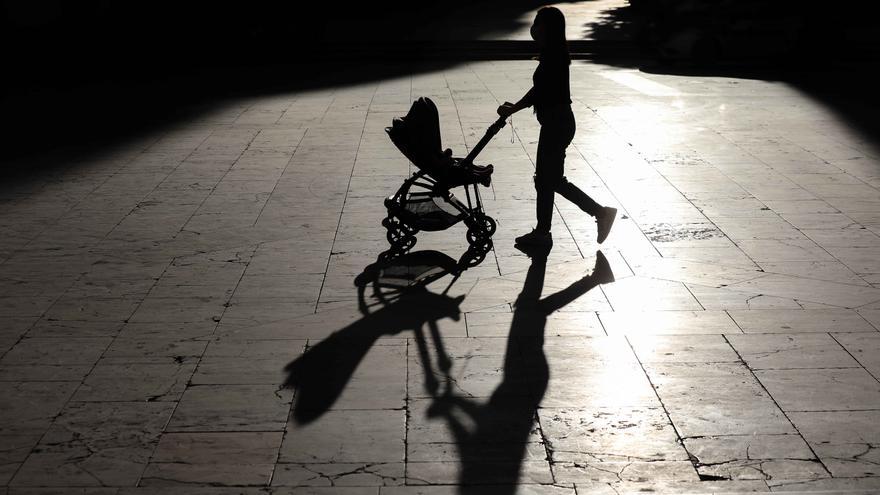 The High Court of Justice of the Basque Country has recognized the right of a single parent to enjoy the same weeks of leave after the birth of her daughter that is granted to households formed by two parents. In a ruling known this Wednesday, the court grants the worker eight weeks additional to 16 of maternity leave. The ruling, to which elDiario.es has had access, condemns the National Institute and the General Treasury to pay him the corresponding benefit and admits that he has the right to 24 weeks of leave until which a biparental family can currently extend the care of the baby.

The woman, a lawyer for the ELA union, gave birth in June 2019 and, after taking maternity leave of 16 weeks, requested the extension from Social Security, which was denied. The resolution appealed, something that several women in Spain are doing to initiate the judicial process, but the Social Court No. 5 of Bilbao dismissed the claim, alluding to the fact that the childbirth and care benefit “is a non-transferable right of each parent “, therefore, based on the norm that regulates them,” we are faced with a single case of exercise of the right “without appreciating discrimination.

The worker, however, appealed the ruling arguing that, in practice, depriving the child of more weeks of home care after birth entails “absolute discrimination” for the girl and a reduction in “fundamental rights that affect so much to the right to gender equality, as well as to children who are left unprotected. ” And now, the Social Chamber of the TSJ of the Basque Country has agreed. However, the sentence is not final and has been appealed by the Prosecutor’s Office.

To reach its conclusions, the court evaluates the appeal based on to the standard approved in 2019 that he modified the permits and that he progressively equated them for both parents to deepen their co-responsibility – in fact, in January 2021 they will reach 16 weeks for each one (six simultaneous and mandatory as soon as they are born) -. In this sense, it considers that three considerations come into play: the protection of minors and children, the introduction of an equality measure for women and the reconciliation of family, personal and work life.

Based on this, the magistrates consider that “from the general umbrella of non-discrimination,” denying the extension of the worker’s permission causes “a violation of the right to equality enshrined in the Convention on the Rights of the Child” because “the Attention, care and development of the affected minor will suffer a clear reduction compared to those others who in a similar situation, framed within a biparental family model, will receive “. The court considers that these minors will be cared for “less time and with less personal involvement” from the parent and recalls that the maternity protection rules “must be interpreted” in light of the general principle of the “best interests of the minor” .

“They receive a different treatment”

On the other hand, the ruling reasons that the decree approved in 2019 sought equality between men and women by equating permits, but speaks of “a new gap” that causes discrimination against single-parent households, and indirectly against the women who form them. Since, according to data from the INE, a vast majority of the two million families of this type in Spain are headed by women.

In addition, the rights of conciliation and family life “are treated unequally between people who, based on the same assumption” that of working and having a son or daughter, “are protected in a greater way than when integrating into single-parent family dynamics. The integration between motherhood and employment, the court continues, “cannot be disparate according to a situation that, based on the same fact, childhood and parents, offer different situations for those who are in the same situation.”

The sentence was released this Wednesday by the ELA union, which qualifies it as “relevant and novel” and points to an “enlargement of the photo” of social protection by moving from “a single model of nuclear family” to “a broader conception of family models “. “It presents a clear gender reading since the vast majority of single-parent families are headed by women. Therefore, the fact of being a woman represents a factor of social and economic vulnerability, also remembering that it is women who present the worse socio-economic and labor data of a labor market based on the sexual division of labor and an unequal distribution of care, “the union explained in a statement.

This is the first time that a ruling recognizes the extension of maternity leave, something that single-parent families have been demanding for some time. There are already several women who have presented demands similar to those of this worker. The case of two mothers in Zaragoza, supported by the CGT union, has recently been admitted for processing: “We are forced to leave our children in the care of other people or in a nursery much earlier than families in which there are two parents. It is something that has to change “, explained one of them this Tuesday to elDiario.es. The Federation of Associations of Single Mothers (FAMS) has also promoted actions of this same nature and still maintains several cases in the air.