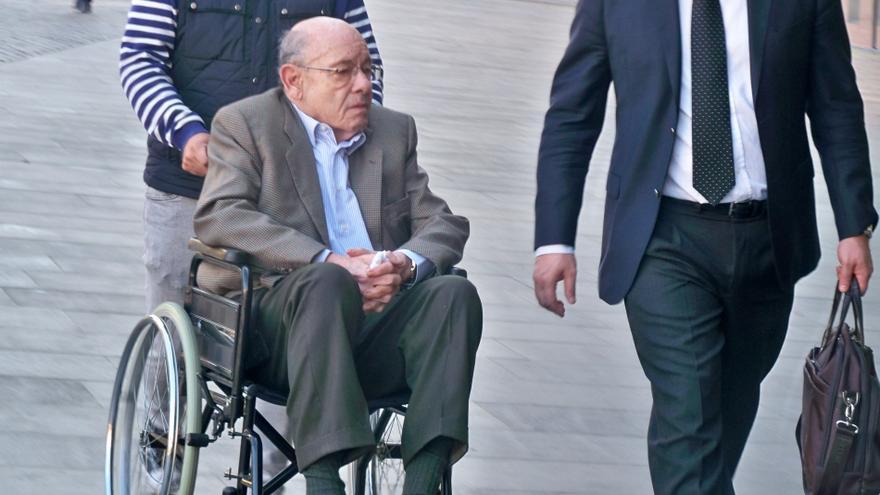 A judge from Granollers has opened an investigation against Felix millet, former president of the Palau de la Música ccondemned by the looting of the institution, by the alleged disappearance of various valuables of the mansion where he lives in l’Ametlla del Vallès. These objects were seized by court order to compensate the looting of the Barcelona auditorium. The concealment of these objects was discovered during the execution of the sentence that sentenced the 85-year-old Millet to nine years and eight months in prison and the return, along with his second, Jordi Montull, of the 23 million euros that they diverted.

The lawyers of the Palau, Marc Molins and Laura Parés, achieved that the Hearing of Barcelona, who judged the ‘Palau case’ and in the one in charge of executing the sentence, authorized last year the entry of some experts to the house of l’Ametlla to assess the 44 works of art seized, according to El País has advanced and confirmed by El Newspaper. The surprise is that some objects were missing, such as a grand piano, an 18th century headboard, some ivory tusks and dozens of figures of this material, according to the act in which the signature of two of Millet’s daughters appears, which remains in prison. These objects were part of the 44 that, in 2012, the investigating judge who investigated the looting seized after ordering the search of the Millet’s home.

The sources consulted by this newspaper assure that Millet was summoned in the Court of Instruction number 4 of Granollers on October 28, but that the appearance was postponed and there is still no new date. The Superior Court of Justice of Catalonia (TSJC) has ratified that the judicial body received a complaint of the Tax agency and that a judicial process was initiated in May for the alleged crimes of documentary falsification and misappropriation.

The recovery of the plundered

The sources consulted ensure that the execution of the sentence, confirmed by the Supreme court in April 2020, it is not being complicated. Not only has it been discovered that the aforementioned pieces are missing, but Montull, as has been reported, allegedly would have hidden that he was receiving, in addition to the pension, income from the rental of a property that he has half with his partner in the coastal town from El Masnou. The house has been seized by the courts since 2012.

In this sense, on September 27, the Barcelona Prosecutor’s Office reported that there were indications that Montull, who was sentenced to seven and a half years, “had not revealed” all the income, assets and rights available to the sentencing court of the Audience of Barcelona. The magistrates then agreed to deduct testimony from the courts to purge the possible criminal responsibility that he could have incurred. This decision has been appealed and, therefore, has not yet become effective. Sources from the Montull family, who enjoy the third degree of prison due to their delicate state of health, have explained to this newspaper that the rent of that apartment is declared to tax authorities and “everyone knew”, thus denying possible concealment.

Another of the pending issues to be resolved is the seizure of 6.6 million of which the defunct CDC has to face, since, in addition to the looting of the Palau, the illegal financing of this party was found. The formation has 22 seized headquarters, but, apparently, the amount that must be confiscated is not covered. Hence, the Barcelona Court opened a piece to decide whether Junts and PDECat should answer for it as hypothetical heirs of Convergència.