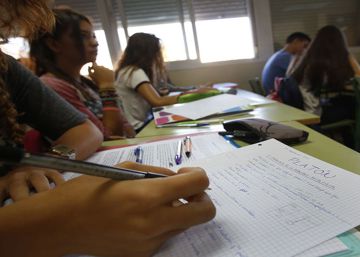 The legal obligation to support children until they are financially independent is not indefinite. Once they come of age, young people must show some interest in finishing school or finding work to continue living from their parents. In other words, the judges establish time limits so as not to perpetuate indefinitely the duty of the parents.

This is the case recently sentenced by the Asturias Provincial Court, in which the court gives a young man of twenty-one a period of four years to complete his studies before ceasing to receive his paternal pension. However, the ruling (whose text can be consulted here) increases in three years the limit to the pay that had been set by the court in the first instance. According to the magistrates, one year is a short time to finish the training started to be able to access the labor market with guarantees. Instead, they estimate, four years is a “sufficient” period to finish the course and look for work.

The boy had sued his father, asking the judge for a payment of 350 euros per month. The court, on the other hand, stipulated 150 euros a month (upgradeable with the IPC), for a maximum of one year. As reported in the sentence, the young man had had difficulties completing compulsory education. He was repeater of 2nd of ESO, in which he had only managed to pass Physical Education. In addition, due to the “little or no performance” obtained in the general plan, he had to complete the last two courses through the curriculum diversification program.

Despite everything, the young man did not leave his training. During the academic year 2018/2019, he was enrolled in the 2nd course of the medium-grade training cycle of Electromechanics of Automobile Vehicles at an Institute of Secondary Education. In addition, at the time of filing the appeal with the Asturian court, he had registered to study at a higher level, specifically, the higher cycle of Automotive to obtain a technical degree.

The Asturian Court accepts, in part, its arguments. He acknowledges that he has shown an “interest in completing his training” in that branch of education “with a view to obtaining professional training that will allow him to obtain a job in the sector”. For this reason, he considers it appropriate to maintain the alimony for a sufficient period that allows him to finish the course and carry out a work activity. For magistrates, one year is an excessively short period (according to the Ministry of Education, the duration of the upper cycle is 2,000 hours), so it sets a maximum period of four in which the father is obliged to continue spending the pension .

As the court reasons, this decision is consistent with the general criterion of establishing a limit to alimony for adult children who continue to depend economically on their parents. Justice requires them “diligent conduct in the search for their personal and economic autonomy.” At the same time, the magistrates affirm, in this way “it warns against passivity in the fight for life and self-independence.” To maintain the pension, therefore, two requirements must be met. On the one hand, that the foodstuff continues to train or try to obtain a job and not observe behaviors such as “laziness, laziness, disinterest in the development of a work activity”. On the other hand, that the feeding parent has sufficient income to meet their needs.

On the other hand, the court refuses to increase the amount of the pay to the amount of 350 euros. The reason is that the amount set by the judge, 150 euros, is proportional to the income of his parent, as required by article 146 of the Civil Code. Furthermore, the court adds, this decision is also consistent with the youth’s request. The applicant alleged that his father entered two thousand euros a month, so the claimed pension represented 17.5% of his income. Applying this same percentage to the father’s real income, about a thousand euros per month, and taking into account he must meet the installments of two loans, the result coincides with the fixed amount of 150 euros per month.