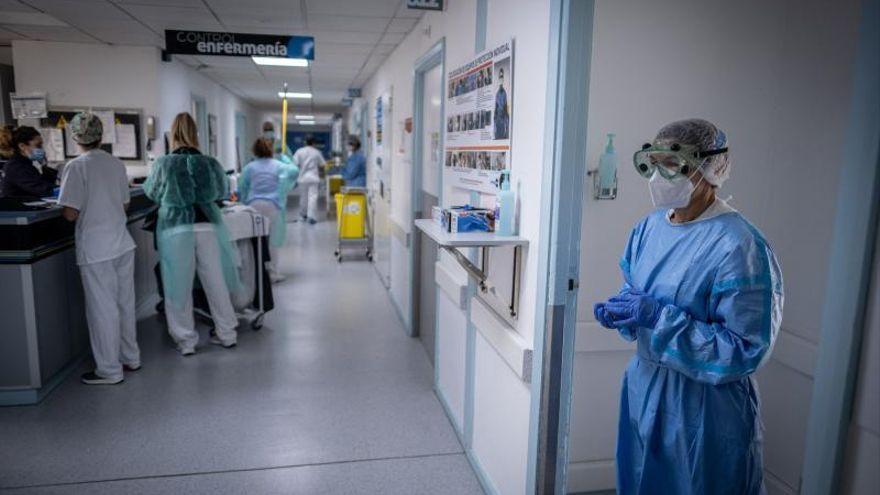 The Social Court number 5 of Alicante has condemned the Ministry of Health to compensate doctors for violating the regulations for the prevention of occupational risks due to the lack of protection elements in the first wave of the covid pandemic.

In a judgment dated January 7 and released this Tuesday by the Valencian Community Medical Union CESM-CV, who filed the lawsuit together with several of its affiliates, the magistrate partially upheld the plaintiffs' claims, who alleged that the administration failed to comply with its obligations regarding the prevention of occupational hazards during the state of alarm declared by royal decree of March 14 "with serious risk to the safety and health of health personnel."

The judge points out, in the first place, that, despite the fact that the autonomous administrations were under the supervision of the central government bodies, health management remained within their competence and only the Ministry of Health, "as employer and security debtor , was responsible for compliance with the regulatory framework for the prevention of occupational hazards for its healthcare employees ".

However, the resolution points out, "it has been proven that the measures adopted were not sufficient to guarantee the safety of the demanding employees."

"One mask per week"

In this sense, it recalls that during the months of March, April and May 2020, the health personnel of the Alicante medical centers and, among them, the plaintiffs, "only had one mask per week for the provision of their services in the respective health centers, including the care of patients infected by coronavirus, since the masks that were available were kept under lock and key by those responsible for the respective center. "

"The fact that it was necessary to keep the available masks under lock and key is proof that they had not been sufficiently stockpiled and that the masks that had been acquired in advance of the alarm state or during it were not enough to safeguard health and safety in the workplace ", he adds.

The ruling recognizes that the administration carried out "actions (...) within its possibilities and under the most adverse conditions that are remembered in recent years." However, he points out, "this does not prevent us from clearly appreciating that the measures available to the workers did not comply with the legal and regulatory requirements to guarantee health and safety at work."

"This lack of means cannot, nor should it, have repercussions to the detriment of the workers, who are the ones who directly and immediately faced the greatest risk to collective health that has been remembered in recent years. The responsibility for the insufficiency corresponds to the employer", argues.

In addition, it points as proof that means willings between the months of February and May 2020, the high level of contagion that was registered in the health personnel of the health centers of the Valencian Community was not enough. "It is highly probable that these infections took place in medical centers and as a consequence of insufficient security measures," he continues.

For all this, the judge partially upholds the demand for infringement of the occupational risk prevention regulations and a claim for amounts against the Ministry of Health and declares that "failure to comply with individual prevention measures has meant a serious risk to safety and security. the health of all health workers, especially medical personnel, due to their direct exposure to the risk of contagion that this has meant ".

Consequently, it condemns this department of the Consell to pay each one of the workers amounts ranging between 5,000 and 49,180 euros.

Likewise, it condemns the Ministry to "the inexcusable adoption of protection measures, after evaluating the risks and jobs by the corresponding prevention services; to provide professionals with means of transport and individual protection in home care be it in ordinary working hours or in continuous care and to equip the personnel with protective equipment made up, at least, for hydroalcoholic solutions, waterproof gowns, FPP2, FPP3 masks, protective glasses, specific leggings, gloves and large waste containers".

The Generalitat Valenciana, after analyzing the sentence known this Tuesday, has announced that it will present an appeal against the ruling.

Meanwhile, CESM-CV describes the ruling as "devastating". The medical union expresses its "satisfaction with the court's recognition of the non-compliance by the Ministry of Health of its obligations to provide protection elements to its workers."

In this line, appreciates that it recognizes "the serious risk that this negligent attitude has posed for their health and safety and condemns the Health Administration to adopt the evaluation and risk measures of the jobs, as well as the adoption of protective measures and compensation to workers for the damage caused to their workers during the months of March, April and May 2020 ".