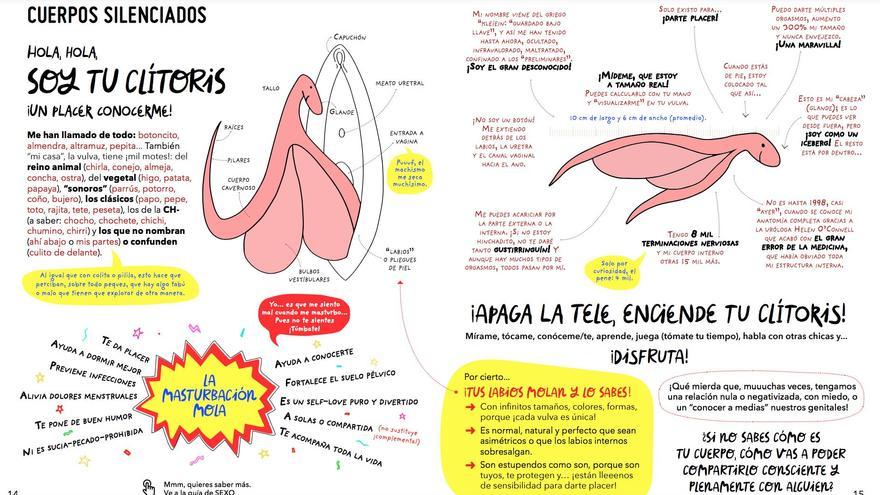 The legal battle for the sex education guides of the Madrid town of Getafe has ended with a victory for the Christian Lawyers. Justice has firmly declared its rejection of the sex education guide of the Getafe City Council, but another court has also questioned its withdrawal as a precautionary measure at the request of Christian Lawyers. As elDiario.es has learned, the consistory of the south of Madrid has not appealed the sentence which declared that the "Gender Rebels" guide violated the religious freedom of the students, but in parallel another ruling has questioned whether the Christian Lawyers had been affected in any way by its dissemination. "Neither has he adduced, much less accredited, that the execution of the administrative action will cause, to said Association, some type of damage", says the Superior Court of Justice of Madrid.

The Christian Lawyers Association denounced this guide at the end of April 2021. One of the several sex education guides that the Getafe City Council, governed by the socialist Sara Hernández, had distributed in schools in the southern municipality of Madrid. One of them addressed how the patriarchy tried to categorize women between the "happy and childish housewife", the "photoshoped model" and, finally, the "Virgin". In this last aspect, the one that caught the attention of Christian Lawyers, the guide affirmed that "when the Church had all the ideological power they imposed on us "the selfless mother", all dedication and sacrifice without their own life and asexual".

The first step was to request precautionary measures and the Poland Castellanos association played bingo in court 8 of the contentious matter of Madrid's Gran Vía. the magistrate ordered precautionary withdrawal of the Getafe education center guide, estimating that the right to religious freedom of the Christian students of these schools was being violated: "Every day that the guides become accessible, the spectrum of possible affected people will increase, without such affectation being seen as amendable "said the judge.

In recent months it has been the Superior Court of Justice of Madrid that has made an amendment to the entirety of this decision. The judges upheld the Getafe City Council's appeal against the precautionary measures and, without going into the substance of the matter, directly questioned whether this measure could be taken at the request of Christian Lawyers: "It does not reason or argue, in any way, to what extent the Failure to withdraw the guidelines would mean irreparable damage or damage that is difficult to repair in the legal sphere of the appellant Association itself or in any of its members," says the TSJM.

The order that upheld the precautionary measures does not clarify, the judges continue, "what relationship this Association has to some of its associates in relation to the educational centers of Getafe, with the parents of the children who attend said schools, much less what relationship said Association or any of its members have with the children who could eventually be affected by the distribution of the guides in the educational centers of Getafe". For the magistrates "it is crystal clear that in the case examined here it is not observed that the execution of the challenged action causes any type of damage in the legal sphere of the appellant Association or of any of its Christian lawyer members."

This decision of the second section of the TSJM has to do with how the order itself explicitly recalls only the precautionary measure and does not go into the substance of the matter: if the guide effectively violated the right to religious freedom of believing students. About that already passed sentence the same court 8 of Madrid of the contentious and established that, effectively, it was a frontal attack against the rights of religious students and teachers. That sentence, as this newspaper has learned, was declared firm a month ago because the Getafe City Council did not appeal: "After the legally established period without the parties having filed any appeal against the sentence handed down in these proceedings, I agree to declare firm the sentence", says the diligence of the court. The resolution gave the administration ten days to comply with the ruling and withdraw the guides, although they were already withdrawn a long time ago.

The sentence that becomes final declared, first of all, that the consistory went beyond its powers when it came to distributing this type of guides in schools without going through the Ministry of Education of the Community of Madrid, and furthermore they were not directed only to teachers, as defended by the consistory. The judge disfigured the consistory both the "coarse" language of the guide and its content: "They have an obvious, indoctrinating and contrary ideological content, not to any religion but, in an undeniable and frankly discriminatory way, to the Catholic religion," explained the judge. judgment that has not been appealed.

A resolution that reviewed the religious dogmas around the figure of the Virgin Mary and concluded that "the damage of all kinds - moral, ridicule or exclusion - that the reading of these guides can cause to minors in the period of formation , can be enormous and can also be irreversible, which more than justifies that their Religions and beliefs must be protected from the same constitutional text". This resolution was not appealed by the getafense consistory and has been declared firm while the precautionary measures have been annulled by another sentence that directly questions that Christian Lawyers could request the withdrawal.