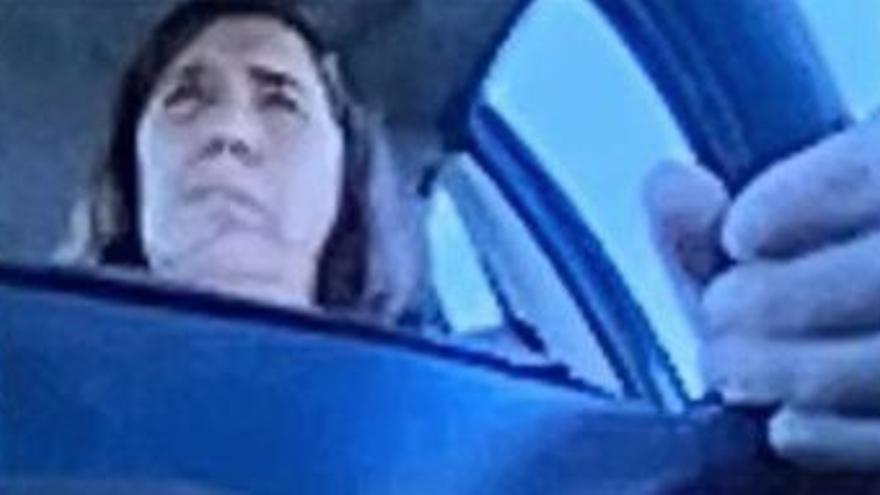 Blanca Pérez, counselor of the Canarian Coalition in the Cabildo de Tenerife, attended this Friday by video call to the Board of Companies, prior to the holding of the plenary session of the maximum island Corporation. The surprise is that he did it while driving his vehicle.

When contacted by this newspaper, Pérez has justified himself by assuring that when he started the connection “he was standing at a gas station in the south” of the island. The counselor defends herself by adding that the video continued on, but she “was not attending.” In addition, he acknowledges that he remained with the camera activated while he was traveling from the south of the island to the capital, Santa Cruz de Tenerife, where the headquarters of the Cabildo is located. “I left her connected because if the plenary session started, I had to Moving aside to be able to follow him ”, he assures.

The images of the counselor at the wheel have been disseminated through Twitter and they show the multiple video call with different politicians held this Friday morning from the Cabildo meeting room. Pérez later assured that he was already “following the event with the group [de Coalición Canaria]”In person at the headquarters of the corporation.

Civil Guard sources consulted by this newspaper state that the case is “interpretative” although they cite article 18 of the General Traffic Regulations, which states that “the driver of a vehicle is obliged to maintain their own freedom of movement, the necessary field of vision and permanent attention to driving (…) “, while” (…) it is considered incompatible with the mandatory permanent attention to driving the use by the driver with the vehicle in motion of devices such as screens with internet access, television monitors and video or DVD players … “. Therefore, according to this article of the Regulation, driving while attending a video call would constitute an infringement of the same.

Blanca Pérez has already been sanctioned for other driving offenses, when she was arrested in March 2012 by the Local Police of La Laguna for driving while intoxicated and in a prohibited direction. At that moment, the then head of the Social Welfare and Quality of Life area of ​​La Laguna “started running,” according to the statement. Upon being reached by the agents, as the document explains, Pérez asked to notify the person who then headed the Police Department, the former mayor of La Laguna for the Canary Coalition José Alberto Díaz. The counselor was sentenced to one year without a driving license and a fine of 1,800 euros for testing positive for alcohol.

During the mandate of Fernando Clavijo (CC) in the Government of the Canary Islands, Blanca Pérez held the Vice-Ministry of the Environment. In 2016 also He starred in a controversy during his trip to Marrakech on the occasion of the Climate Summit. The then deputy councilor traveled to Morocco on November 13 and returned a week after the Summit ended on the 18th to enjoy a vacation in the Moroccan city. The regional Executive invested 1,463.75 euros in his transfer, but no one saw Pérez at the Climate Summit. “I only saw her the day we arrived in Marrakech. Later, inside the pavilion where the summit was held, I did not see her any of the days, ”said one of the people from a Canarian political delegation that was present at the international meeting.