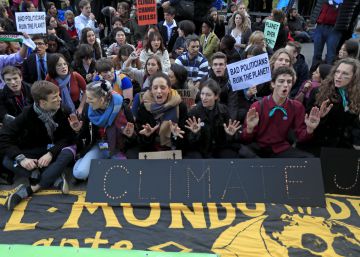 Just finished the COP Latin American that could not be. First the generous reading. Spain showed its face and that reinforces the Latin American affections that are sometimes taken for granted. In addition, in the minister Teresa Ribera We saw the perseverance that infinite women want to see on the climate agenda. Inside the COP, the enclosure was filled with younger faces; A generation Greta more furious than ever. That the governments feel that fury was healthy because they insist on defending science. In addition, there was a large indigenous presence in debates that would otherwise leave them aside. At the same time, a gender program was agreed that culminates a hard work on a subject not always welcome. The Climate Action Alliance, formed by governments and non-state actors, was perhaps the most celebratory moment of the two weeks. However, it is undeniable that the COP also left an anguishing taste.

First, conducting a COP with 20th century diplomacy protocols has stopped working to meet the expectations of this 21st century. Although spaces have grown for “non-state actors” to participate – in parallel events, corridors and delegations – it is insufficient because this does not affect the final result. The new generation feels disappointed with the negotiation process and this rift must be addressed openly in 2020. It was symbolic when young people, exasperated with the States, took the plenary of the COP.

Second, in Madrid we saw three groups of countries: those that defend science, those that undermine it and the indifferent. We saw demands from climate-vulnerable countries fall on deaf ears. That is why the # MAD4Survival campaign of the Climate Vulnerability Forum was born, with countries in Asia, Africa and Latin America: a call for better climate goals to be taken by 2020. The COP has not yet responded to the anguish of these countries. It is a debt that we should not normalize.

Third, agreeing on the rules of the carbon markets was the most concrete task of this COP. But you couldn't agree rules at any price. Brazil, along with allies like Australia, showed that environmental integrity is not among their aspirations. In response, a group of 30 countries led by Costa Rica defined San José's principles of environmental integrity as a point of reference: market rules must be compatible with the Paris Agreement or there is no agreement. There was no agreement.

A taste of dangerous asymmetries remained in the COP; not only between countries, but within each State. Our inequalities weaken us. The Latin American COP "that could not be" should mark a turn for this definitive decade that is almost beginning.

Monica Araya He is a Costa Rican specialist in climate negotiations and advises the Climate Vulnerability Forum.