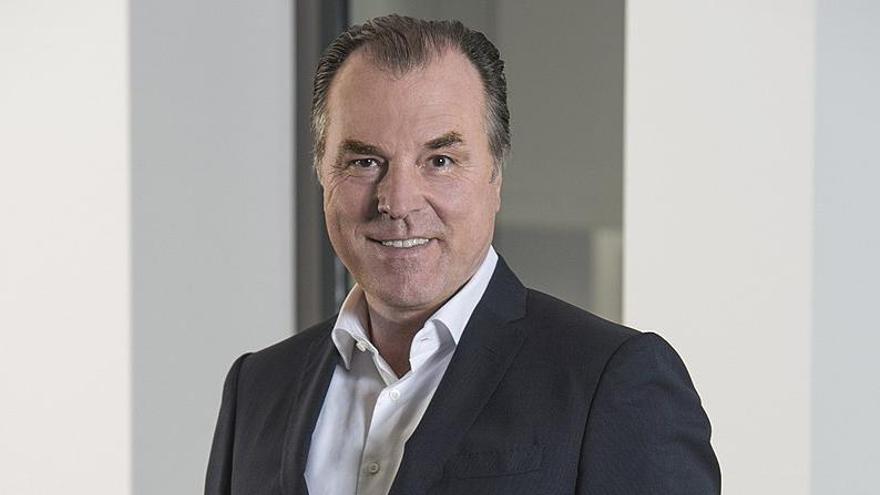 Until this week it was the club of Clemens Tönnies, a meat magnate. One of its slaughterhouses is the largest focus of COVID-19 in Europe. Clemens Tönnies has been the strong man of Schalke 04 for almost two decades in which he has been at the head of the club’s Supervisory Board. To his offices, Tönnies, a meat tycoon with a fortune valued at around € 2 billion, entered the 1990s.

The COVID-19 crisis, in which one of its slaughterhouses has become what is known here as “the biggest outbreak in Europe”, has ended up taking it out of the football team. This Wednesday his departure from the club was announced, leaving him in a delicate financial situation.

So much so that the possibility is now being studied that the conservative government of North Rhine-Westphalia, Land West German where Gelsenkirchen is located, the city of Schalke 04, inject 40 million euros into the team’s accounts.

Schalke 04 is known in Germany as the third-largest team in the Bundesliga, Germany’s professional soccer league. In importance, it is only behind Bayern Munich, the most successful in the country of Chancellor Angela Merkel, and Borussia of Dortmund. A regular at major European competitions, Raúl González Blanco, Spanish legend of Real Madrid, ended up at the end of his career in the ranks of Schalke 04.

However, this season Schalke 04 has finished in 12th place in the league standings, far behind Bayern Munich and company. Worse still, the absence of the public due to the pandemic has left the team without one of its most important sources of income.

In its stadium, the Veltis Arena, it can hold just over 62,200 people. But without the sale of tickets or the prospect of large television contracts for not being able to compete in Europe next year, its managers confess that the existence of the club is in danger. Hence, the possibility that North Rhine-Westphalia policy makers end up rescuing the team is on the table.

The economic newspaper Handelsblatt has been the first to report on the eventual ‘rescue’ of Armin Laschet, president of North Rhine-Westphalia and one of the most serious contenders to lead the Christian Democratic Union (CDU), Angela Merkel’s party. “State aid for Schalke 04?” Said the newspaper one day before Tönnies’ departure from the team’s offices.

He Handelsblatt speaks of economic “guarantees” of the Government of Land, the most populous in Germany, to help a club where “mismanagement” has been “chronic”. Apparently there are 200 million in financial obligations weighing on a club that closed the 2019 financial year with 26 million losses. “Laschet’s help is very welcome,” the economic newspaper described the club’s state of mind in the face of eventual public support.

In Spain controversy has also arisen because several soccer teams used public aid in the form of State guarantees. Both Real Madrid and FC Barcelona have requested guarantees from the Official Credit Institute (ICO) to obtain loans of 200 million euros with which to have liquidity to pay their players, according to published El Confidencial.

Aid to the club that has been managed by Clemens Tönnies all these years does not end with a positive view. Especially now that the meat tycoon is seen as being primarily responsible for a coronavirus outbreak with just over 1,550 positive cases at his Rheda-Wiedenbrück slaughterhouse.

As in other slaughterhouses in the country, the working conditions at Tönnies leave a lot to be desired. The unions describe them as typical of a “sick industry”. In any case, the Rheda-Wiedenbrück outbreak has meant for two regions of North Rhine-Westphalia the return of the most aggressive social distancing measures imposed in the country to prevent the spread of COVID-19. “We carry out a contact ban [entre personas] like the one in March, “as Laschet explained.

Laschet, who became the main advocate of relaxing social distancing measures to kick-start the economy in April, is now called a “refiner.” Tönnies, meanwhile, has become the “black sheep of the coronavirus debate.”

With those terms he has described it in the popular newspaper Bild Sigmar Gabriel, former German vice chancellor, once leader of the German Social Democrats and now a consultant who has been in the service of the German meat magnate until recently. Gabriel believes that Tönnies is receiving “exaggerated” public treatment. But perhaps the 10,000 euros a month that Gabriel himself has received in the first three months of this year are in exchange for advising the meat industrial company.

Football is not relevant

More reasonable are the doubts that have generated the aid of 40 million euros for Schalke 04. “The policy sends the wrong signal,” as the influential conservative newspaper editorialized on the matter. Frankfurter Allgemeine Zeitung.

“Football tradition is a very beautiful thing, but it is not relevant to the system,” Michael Ashelm, a football expert for the German financial capital newspaper, wrote this week about the situation of Schalke 04. Other large companies in the country that have received public aid, as recently the Lufthansa airline, for example, have been ‘rescued’ with state money after being hit by COVID-19.

Apparently, the case of Schalke 04 is different. “Miseries” are not about the coronavirus, but about the management that preceded the pandemic, according to Ashelm. The one named here is Clemens Tönnies, someone whose management of the slaughterhouses at his company has ended up generating a great crisis of confidence with the health authorities of North Rhine-Westphalia.

In fact, the latter have confessed to having “zero confidence” in Tönnies, in view of the outbreak of 1,550 positive workers for COVID-19 in Rheda-Wiedenbrück. While the economic press talks about “great damage to the image” of his company, in Schalke 04 he has said goodbye to Tönnies in a climate of protests against the businessman. It remains to be seen whether taxpayers’ money ends up plugging the holes in their management.