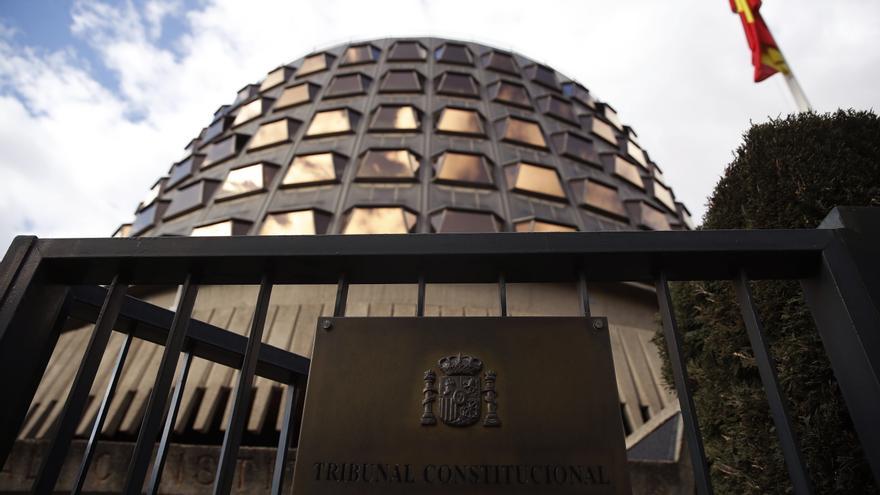 A tight majority of the Constitutional Court has once again agreed with Vox in a lawsuit against the Government and its management of the pandemic. The judges announced this Tuesday that they considered the appeal of the extreme right party against the deadline stop of Congress during the first weeks of the state of alarm after doing the same with his appeal against the first confinement. A Constitutional Court that works these days with two fewer judges, that has four magistrates with expired terms and that has not been able to deliver a unanimous sentence on matters of public importance for more than a year. The same court that, in the first wave, also applied the state of alarm and suspended its own processing deadlines.

A matter that, like others processed in the last year, has been resolved with controversy within the court of guarantees and that draws the division in which it is mired in terms of matters of public relevance. The speaker, Antonio Narváez, brought a first sentence proposal to the plenary session last September that advocated endorsing the measure of the Board of Congress. A proposal that would have prospered before the tie for the favorable opinion of the president of the court with his casting vote, but that changed at the last moment: he withdrew his presentation and came on Tuesday with a new one that was betting on accepting the Vox appeal.

The lack of agreement to renew the Constitutional Court has remained in the background behind the open war between PSOE and PP for the renewal of the General Council of the Judiciary, but at this time the court of guarantees works with a third of its members with the mandate expired. The Constitution and the Organic Law of the Constitutional Court establish that each magistrate has a term of nine years but not all of them are renewed at the same time: there are three renewals every three years.

Four magistrates out of a total of twelve currently have mandate expired after taking office in 2012. They are the president, Juan José González Rivas; the vice president, Encarnación Roca; Andrés Ollero and Fernando Valdés Dal-Ré, the latter out of court awaiting to be judged in a case of alleged sexist violence against his partner. An absence that adds to another loss for health reasons: that of Magistrate Alfredo Montoya.

This implies that at the moment the Constitutional Court is holding its plenary sessions with ten magistrates out of a total of twelve, which in recent weeks has tightened the voting even more to carry out controversial issues, as in the case of the closing of Congress.

The absence of magistrates and the lack of renewal are coupled with another factor: the inability of the full Constitutional Court to make unanimous decisions on matters of great public importance. All matters of this type studied and sentenced throughout 2021 have arrived with one or more particular votes with irreconcilable interpretations of the Magna Carta. It has happened in matters related to the management of the pandemic but also in cases such as the convictions of the procés, the assault on Parliament in 2011, the Citizen Security Law, the electoral sanctions system, the use of bable in the Asturian parliament or the appointment of Rosa Maria Mateo as acting president of the RTVE Council.

The case of the sentence that declared the first confinement unconstitutional showed the deep divisions that exist within a court pending renewal. A result with a single vote of difference gave way to a cascade of five private vows by Juan José González Rivas, Andrés Ollero, Juan Antonio Xiol, María Luisa Balaguer and Cándido Conde-Pumpido. This last magistrate had to issue a statement apologizing to his colleagues for accusing them of being “courtroom jurists” and creating a “political problem” with his sentence in the draft of his private vote.

Where six magistrates saw an overreach of the Government, another five considered that the state of alarm is an appropriate tool to confine the population and combat the first wave of the pandemic. A division similar to that experienced on Tuesday when deciding whether or not the closing of Congress was in line with the Constitution, a negative response adopted with six votes in favor and four against. The same proportion that endorsed the convictions for the assault on Parliament de Catalunya in 2011 after even a change of presentation.

The sentences for sedition, embezzlement and disobedience to the procés leaders have also caused a deep division in the plenary session of the Constitutional Court. In recent months, the judges have endorsed the convictions of several independence leaders in different resolutions that have had one point in common: the individual votes of Juan Antonio Xiol and María Luisa Balaguer in cases of convictions for sedition after unanimity reached in cases of disobedience. The two dissenters considered the sentences of the pro-independence leaders “disproportionate” and criticized the “structural uncertainty” of the crime of sedition itself.

Except for express renewal, this same Constitutional Court still has several important decisions to make. One of them has to do with the government’s management of the pandemic: the judges must decide on another Vox appeal that questioned the constitutionality of the second state of alarm proclaimed in October 2020. Apart from the pandemic, the court of guarantees has for years issues related to national policy pending sentence: the appeal of the PP against the abortion law in force for more than a decade and the permanent prison that can be reviewed.

In the case of the abortion law, almost eleven and a half years since Federico Trillo took the appeal of the Popular Party to the registry of Domenico Scarlatti Street in Madrid. Andrés Ollero, one of the magistrates with the expired mandate, is in charge of the presentation in a case that, according to the newspaper published The country, the president intends to reactivate. In these years, there has been time to have a new draft law on abortion, withdraw it and that several deputies who filed that appeal have asked Strasbourg to force the Constitutional Court to step on the accelerator.

Six years after the appeal, the plenary is also studying the allegations of the PSOE against the legal reform of the Government of Mariano Rajoy that introduced the reviewable permanent prison in 2015. The presentation of Encarnación Roca, another of the magistrates with the expired mandate, goes through endorsing the measure with nuances. A vote that is not expected to be calm and unanimous either.

In the worst of the first wave, the Constitutional Court applied the royal decree of a state of alarm and, as the lower house did then with the initiatives in process, the judges also suspended their terms. So they decided March 16, 2020 in a non-face-to-face meeting: “the deadlines to carry out any procedural or administrative actions before this Court” were suspended, although the appeals could continue to be presented and the judges continued “to issue the resolutions and precautionary measures that were necessary.” The deadlines began to run again in the Month of May.