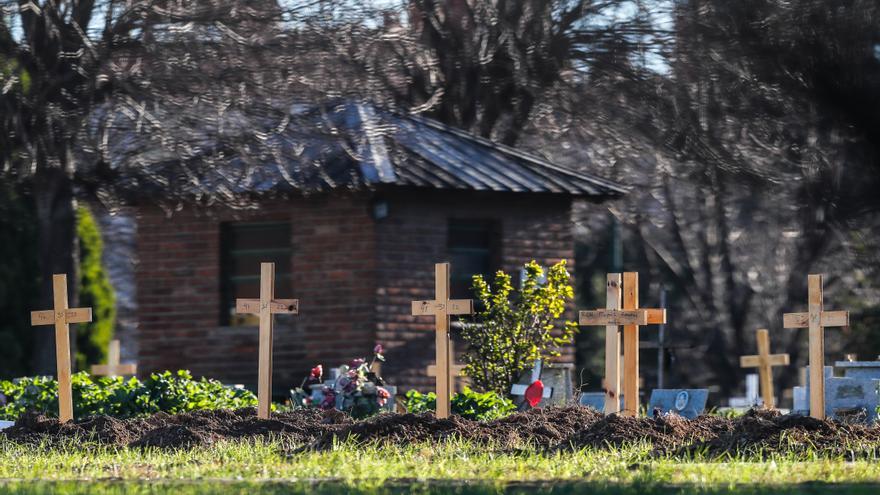 The constant increase in cases of coronavirus infection in Spain for weeks and the images of individuals who do not comply with the multiple hygiene and safety measures are clearly worrying. This situation has led many people to express in the media that this lack of civility is due, in large part, to a lack of awareness about the suffering and deaths that the COVID-19 pandemic has caused. In that sense, Arturo Pérez Reverte commented a few days ago in the article We didn’t see enough dead of the magazine XL Weekly: “They have not taught us enough deaths. That is why all these months of tragedy and pain have not worked for a damn. And here we are. Ending August coronavirus positions to the bars. Protesting because they do not let us dance in discos.”

It is true that one of the resources, with scientific support, used in public campaigns to reduce risky behaviors is to appeal to the emotions of the audience. For this, drama, suffering and fictitious deaths are used to try to provoke changes in the public’s habits. The campaigns of the General Directorate of Traffic (DGT), for example, often use advertisements with dramatic accidents to make viewers aware of the dangers of poor driving practices. Packs of tobacco, with grotesque images of illnesses associated with smoking and outright statements about its damaging effects, serve the same purpose.

COVID-19 has not been an exception for awareness campaigns either. In recent months there have been advertisements in multiple countries, including Spain, showing the dire consequences of trusting in the middle of a pandemic and breaking safety regulations. Or in which patients who have suffered the disease appear and offer their heartbreaking personal testimony. However, it is clear that these ads do not reach everyone, nor do they convince everyone who sees them. Should we go further and show the cruder side of the pandemic, including the dead? The newspaper The New York Times decided in May that this was necessary and published a cover that did not leave anyone indifferent: a front page full of names and small biographical details of hundreds of deaths from the coronavirus. Magazine National Geographic and the newspaper The world They went much further and published photographs with those who died from the coronavirus, which generated a lot of criticism.

Should the dead of the pandemic be shown, in all its harshness, to convince the living of the importance of protecting others? To answer this question, two fundamental factors must be taken into account: ethics and effectiveness. On the ethical side, people, even if they have passed away, still deserve dignity and respect. Not only for them, but also for their relatives and their circle of loved ones. Showing the dead in the media, even with the permission of relatives, can generate numerous conflicts or ethical abuses and there is a risk of falling into morbid and sensationalism if the journalistic treatment is not especially careful and correct.

A few years ago there was an intense public debate about whether it was ethical or not to show the child’s photo Aylan, the Syrian boy drowned on a beach in Turkey while trying to escape his country. What was indisputable is that this photograph raised consciences and caused a wave of indignation in multiple countries in Europe, which led to political leaders such as Merkel and Hollande to reinforce the reception and refugee protection. There are photographs with such heartbreaking force that they can generate great changes. However, does the end justify the means? Could the display of coronavirus deaths be justified if it really helped prevent them during the pandemic?

The communication of health issues is an especially delicate matter and of great responsibility within journalism. A correct informational treatment on multiple health issues (solar radiation and skin cancer, sugary drinks and diabetes …) can increase the culture of a population and make them make better decisions, thus contributing to a better health of the population. However, there are some particularly complicated issues where it is not enough just to deal with the matter, but you have to be very careful and scrupulous about how to do it so as not to achieve the opposite of what is intended.

Could it be that showing deaths from the pandemic was more harmful than beneficial in raising public awareness and limiting infections? Cintia Refojo, psychologist and scientific journalist, reflected on this matter and on the risks and damages that this practice could cause:

Refojo refers to an article published in May in the magazine Health Psychology about how media exposure, during an epidemic, can amplify the consequences for public health. In this sense, the effective communication of the facts to the general population through the media is essential so that people are aware of the effective measures to prevent infections and so that they are aware of the updated risks at all times.

However, if the media exposure to a health crisis is repetitive and constant, it can trigger anxiety, anguish and increase stressful responses in the most vulnerable people, with greater sensitivity to pain and death or with previous mental disorders. This can lead, in turn, to detrimental effects on physical and mental health, an exaggerated perception of risks and saturation of health services driven by scaremongering. In addition, the observation of raw images, such as those in which blood was observed, was associated with greater post-traumatic stress and fear, as observed after the attack of the Boston Marathon.

The scientific literature on how different communication strategies influence during health crises like this pandemic is not exactly abundant. There is still much that is unknown about its effects and what tactics might be most effective. However, it is known that showing the dead of the pandemic would cause very negative effects on a certain percentage of the population for both their mental and physical health. There is also the risk that part of the audience will cease to be informed through the media to avoid a reality that is shown in all its harshness.

Not everything serves to inform or raise awareness, because there is a risk of traumatizing in the process. Health professionals working in hospitals have been direct witnesses and protagonists of the horror of this pandemic. They are probably the group that is most aware of the importance of different hygiene and safety measures, but many carry a heavy slab on their backs.

A study at the Complutense University of Madrid found that almost 80% of the health workers surveyed suffered from anxiety, 51% showed depressive symptoms, 53% values ​​compatible with post-traumatic stress and 40% felt emotionally exhausted after the first wave of hospital care for COVID-19. And we are talking about professionals accustomed to dealing daily with illness and death. Exposing the population to part of what they experienced might raise awareness for some, but others would be affected by the vision of that “ruthless and deadly” reality.