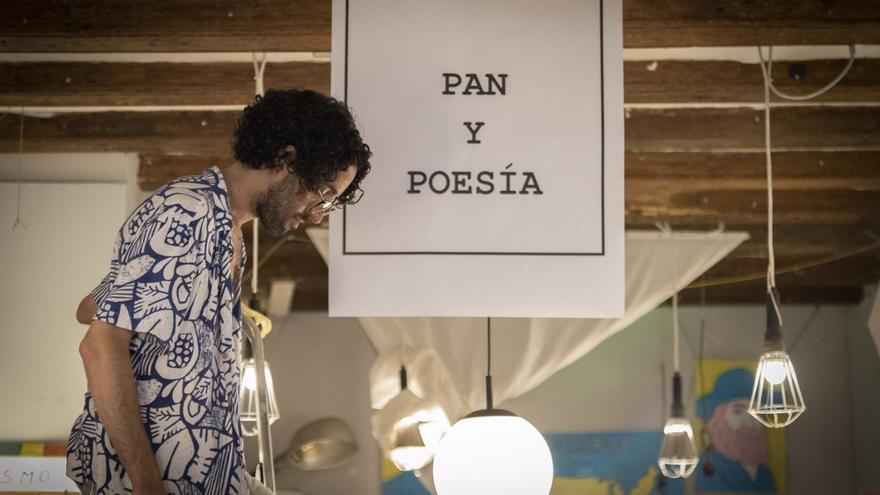 This Wednesday, December 30, 2020 at 12 noon, Universal Poem begins to be written, an ambitious literary project that aspires to create a collective, multilingual and infinite poem. A poem that portrays our species. “In this year in which we have been for the first time our entire generation, that of our parents and that of our children, around the world, separated and isolated, it seems the right moment for Universal Poem to unite us and give us a a reflection of who we are, “says the team behind the initiative.

“The idea is to build a universal poem”, says Pepe Olona, ​​one of the ideologues of Universal Poem. 20 years ago Olona founded Rapture Books, mythical bookstore and publishing house in the heart of Malasaña, in Madrid. Universal Poem is the germ of an artistic and social project, which aims to reach various parts of the planet. To do this, as 2021 progresses and, with this, the poem, they will share verses on screens, facades, museums, libraries, schools, hospitals, town halls and art galleries so that people can know the number of verses published and interact live expressing his vision of the world in 70 characters.

Participating is simple: just go to the website of Universal Poem, write a verse (70 characters maximum) in any language, it does not matter if it is anonymous or not. Or if it has been written from right to left or from left to right. It is also possible to participate by sending the verse by message or from Twitter with the hashtag #escribeUP.

The verses will be published automatically in universalpoem.com, where you can read the entire poem, search for keywords, authors, translate verses or, using a map, view world participation according to geographical areas. “It is a campaign to collect verses. Our main objective is to reach different communities so that all human beings have the opportunity to express themselves,” explains the UP organization.

The web platform that will host the endless poem “will always be open, everyone will be able to add their verses, and that when we die, it continues to be written, it is like a legacy of humanity (…) The idea and purpose of the project is to have an image of the human being “, confides Pepe Olona.

From verse to multiverse

The idea and coordination of Universal Poem was born from the four people who organize the POETAS festival: Pepe Olona, ​​Fabio de la Flor, Jorge Álvarez and Peru Saizprez. Together they created the POETAS festival in Madrid, which this year would have celebrated its fifteenth edition but was postponed due to the pandemic. However, this meeting of contemporary poetic creation will be held in April 2021 at the Conde Duque Cultural Center in Madrid. Meanwhile, POETAS invites you to collaborate in the creation of the endless poem. “Humanity is not complete without you. Do not stop writing what you feel because there is nothing more universal than a verse,” they encourage.

Universal Poem has also had the support of Versópolis, a European platform for poetry festivals and, in this first phase, with funding from the European Community’s Creative Europe Grants. As well as with numerous national collaborators such as AECID, Acción Cultural Española, Libraries of the Madrid City Council, Instituto Cervantes, and foreigners such as British Council, University of London and various cultural centers in Latin America. Universal Poem was born in Malasaña, but its look is worldwide: “Because we all carry a verse within, even the word Universe carries it,” says UP.