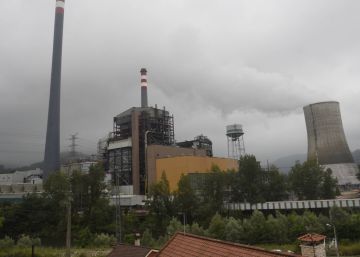 When the Secretary General of the United Nations, António Guterres, summoned the recent Climate Summit, Its stated intention was to raise the countries' commitments to reduce their greenhouse gas emissions. As the scientific community warns, current agreements are insufficient to prevent the concentration of these emissions in the atmosphere from triggering the increase in the average temperature of the planet above two degrees Celsius, which would cause a climate change of environmental, economic consequences and literally catastrophic social.

More than 70 countries have raised their commitments, highlighting the European Union, which has announced that its reduction targets for 2030 will rise from 40% to 50% and could even rise to 55%. Those are tangible results of the summit. However, this progress is clearly insufficient to clear the problem, as emissions will continue to rise to alarming levels as those that emit larger amounts have not modified their commitments.

But the Secretary General of the United Nations had not only that goal, but also - knowing the difficulties that some governments have in assuming their climate responsibilities - other complementary ones: giving a touch of attention to public opinion and the world about climate emergencies, as well how to favor the articulation of initiatives by the most committed governments and civil society to advance a transformative agenda.

The media presence in New York of the teenager Greta Thunberg -Which has been legitimately erected in the voice of future generations-, with a relentless message in its complaint and demanding in its demands, giving rise to an unprecedented youth movement, has achieved an enormous impact on public opinion of lasting consequences.

For its part, the devastating scientific reports of the Intergovernmental Panel on Climate Change, that warn about the undoubted increase in the melting speed of glaciers and polar areas, and the alarming rise in sea level in populated areas, have found an enormous echo in public opinion, and have also contributed to relocating the climatic emergency on the political agenda.

In addition, one of the most promising events at the summit has been the presentation of numerous proposals and programs of action that involve governments, institutions and civil society, including trade unions and companies, to articulate mechanisms for fair transition in the transition process. energy, which have come together in the Climate Action for Employment initiative. Because to reduce emissions it is not enough to say it, we must organize the replacement of fossil fuels, which are the basis of energy systems from the dawn of the industrial revolution to the present day, by renewable sources of energy; and you have to drastically reduce energy consumption.

The ecological transition and environmental impacts will affect one billion jobs

A transition of this magnitude is very complex, because it can only be done with enormous changes in the systems of electric power generation, in the modes of transport and mobility, in the building techniques and materials and in the agri-food production and consumption processes , with huge positive and negative impacts on associated jobs. One billion jobs, one third of global employment, will be affected in some way by environmental impacts and ecological transition processes. According to studies by the International Labor Organization (ILO), the jobs that will be lost by 2030 due to energy transition programs towards low carbon economies will be six million; they are many jobs, but they are four times less than the 24 million that will be created. The problem therefore is not the volume of employment, which will benefit from the transition, but the jobs that are created do not do so at the same time or in the same place as those that are destroyed, which requires organizing a process just transition so that nobody stays in the gutter.

That is why the launch of the Climate Action for Employment initiative is so stimulating, calling on countries to formulate national plans for a just transition, while creating decent work and green jobs, with specific measures that include innovative social protection policies to protect to workers and vulnerable groups, economic incentives to support and encourage the transition of companies towards the production of environmentally friendly goods and services, and inclusive social dialogue mechanisms to reach a consensus in favor of change. The protests of the so-called yellow vests they are revealing to what extent this dialogue is necessary in making controversial decisions because of their immediate social impact.

Spain, which has been playing a leading role in this summit, co-leading within the United Nations the social agenda of climate change, has expressly announced its commitment to be at the forefront to promote this initiative with the ILO in favor of a just transition.

Joaquin Nieto He is director of the ILO Office for Spain.