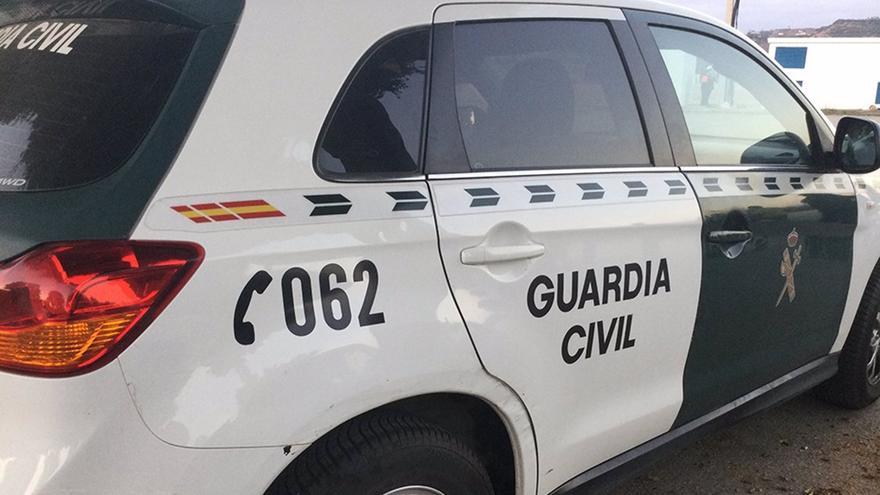 The Supreme Court has confirmed a sanction of a month of suspension of employment for a Civil Guard sergeant who helped an accused of sexist violence instead of detaining him. The woman had denounced her partner and was declared at "extreme risk", but the sergeant, instead of arresting her attacker, took him in a vehicle with a badge to his home and accompanied him to a bus station. The action of this civil guard facilitated that, a few hours later, the denounced man returned home and assaulted his partner again.

Everything, according to the sentences to which elDiario.es has had access, occurred in June 2018 in the Madrid town of Galapagar. The sanctioned man, a Civil Guard sergeant, was head of the Crime Prevention area at the post. A woman came to report her partner and assured that, among other things, she had been threatened with a kitchen knife after more than a month of insults and mistreatment because she wanted to break the relationship. The investigators had no doubts and established that the woman was in a situation of "extreme risk": they put several agents to monitor the house until the husband appeared.

The defendant appeared the next day. He telephoned the barracks and said he would cooperate, but specified that he only wanted to deal with the sergeant. It was then that the aforementioned command decided not to arrest him but to help him, as he himself said, "out of humanity": he took him in his Civil Guard car to his house, told the agents who were guarding the home to leave and then transferred him to the bus station. The man accused of threatening his wife at knife point even specified that he wanted to go "to Madrid."

By then, the Collado Villalba court had also ordered the arrest, but the Civil Guard did not hear from him until several hours later, when the victim called again. The abuser had returned home and assaulted his wife again in the presence of her son. That time, at four in the morning, the Civil Guard did detain him and put him in court in a court in the northwest of the Community of Madrid.

The disciplinary proceedings against the agent were stopped pending the conclusion of the criminal proceedings, as stipulated. A court in Collado Villalba decided in September 2018 that this sergeant had not committed an illicit omission of the duty to prosecute crimes, but left the door open for him to be punished by the Civil Guard itself. It was then that the disciplinary file was resumed, which resulted in a sanction imposed by the Chief General of the 1st Zone, confirmed by the general director and the Central Military Court and which has just been endorsed by the fifth chamber of the Supreme Court: one month suspension for a serious lack of gross negligence in the performance of professional obligations.

The two sentences in the case do not reflect the motive that led this sergeant to help this man denounced by a woman described as "extreme risk" by his own colleagues. Before the investigator he decided not to testify, but in the report he alleged that there was no judicial arrest warrant but one for the protection of the victim, in addition to stating that he did so "out of humanity by having [el agresor] a disability. "Many of his colleagues said the opposite during the process: the woman had been declared at extreme risk after being threatened with a kitchen knife and the man had to be detained.

Both the Central Military Court and now the Supreme Court do not doubt that this sergeant committed a serious offense and reject his main reason for appeal: that at that time the agents had not received an arrest warrant from the Collado Villalba court that he had taken care of the matter. The Military Court, for example, accused him of acting "thereby facilitating a new attack on the victim," he said in his sentence, alluding to a "negligent fulfillment of his professional obligations" as a sergeant of the Civil Guard.

The Supreme Court, with magistrate Fernando Pignatelli as rapporteur, is also forceful. The magistrates explain in their sentence that the sergeant breached several of his obligations as a civil guard by assisting the accused and not the victim, speaking in his sentence of "negligent or reckless compliance with his professional obligations." His behavior, says the Supreme Court, "compromised the effectiveness of the service that the Civil Guard provides to society, demonstrating a notorious lack of responsibility in fulfilling the professional obligations that weighed on him."

For the Supreme Court, this sergeant showed "zero professional zeal and diligence, omitting the appellant's elementary duties of care and diligence, required as such from any member of the Civil Guard Corps in the performance of their duties." His performance is even defined as "reckless" in the sentence of the military chamber of the high court when justifying the confirmation of his sanction of one month of suspension of employment. Sources in the case explain to this newspaper that the Supreme Court's resolution is firm and that the defense of the sanctioned sergeant has decided not to take his case to other instances such as the Constitutional Court.

Another of the arguments used by the sergeant in his appeals is that the agent who took a statement from the complainant woman in Galapagar for the first time reflected in writing that she was "excited" and that sometimes her speech was not coherent. The Supreme Court rules out that this influences her subsequent actions, transporting her husband and facilitating the second assault, but it also has words for the author of that report that later led to the victim's declaration of "extreme risk." That state of excitement in a victim who denounces this type of aggression, says the Supreme Court, is "a logical manifestation of the state of shock" that these women usually manifest.

For the Supreme Court, reflecting that she was "exalted" as did the instructor of the file denotes "a notorious coldness and absence of the minimum understanding and empathy that must be shown, even more so by a member of a State Security Corps, towards a human being "You just suffered this kind of violence. The report claimed that the victim, it said, "frivolized at times" and the Supreme Court replies that this is just an opinion of the agent reflected "with a certain lightness and frivolity in the qualifiers he uses, since he completely decontextualizes the victim's performance."

The two sentences in the case do not reflect whether the man whom this sergeant drove by ended up being sentenced for the assaults reported by the woman. In her appearance before the Civil Guard at the Galapagar post, she not only claimed to have been threatened with a kitchen knife that day. He also recalled that it was the second time he had denounced him after having done it that month of May for episodes of violence, screaming and for exercising control over her through the telephone, social networks or his personal and work relationships.