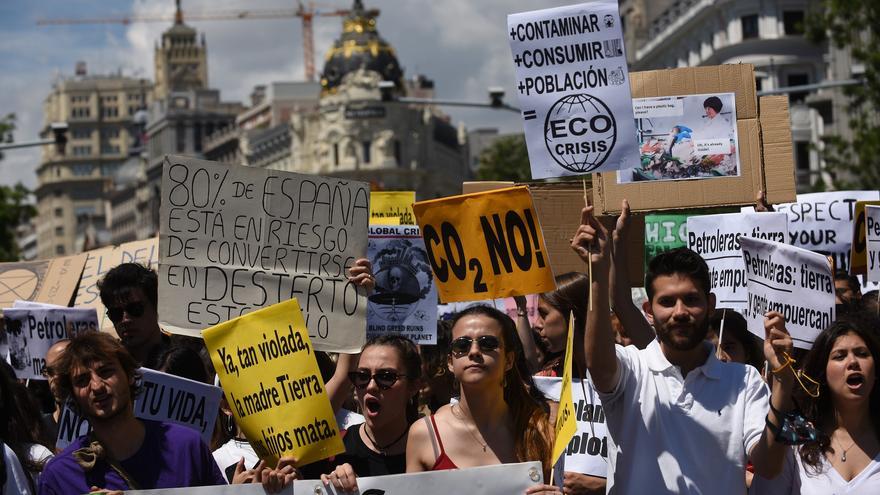 A citizen assembly of 100 randomly chosen people will meet starting in the fall to bring society’s perspective to policies against climate change. The measures they recommend taking should reach Congress in the first quarter of 2022. “We want it to start in October,” they explain in the Ministry of Ecological Transition, in charge of articulating this forum that is obliged by the recently approved climate change law.

This kind of citizen senate was announced by the Government when carrying out the declaration of climate emergency in January 2020 and now it is a legal mandate. It is about a hundred people “representative of the diversity and complexity of Spanish society”, as provided in the Ecological Transition, which will generate public debate and provide a voice to citizens on how to change consumption models, the way of producing and the daily habits to face the causes and consequences of the climate crisis. At the same time it is intended to give a format of pressure towards public administrations.

The members of the assembly will be recruited randomly, but the process must meet a series of general criteria of balance to be as representative as possible: gender, age, rural or urban environment, geographical distribution or knowledge about climate change. The definitive formula to incorporate the assembly members will be carried out by an entity external to the Government.

In addition, this new forum will have a group of independent experts in charge of providing the best possible information to the members on the topics they will discuss in their sessions. The project designed by the Ministry includes five sessions on weekends with remuneration, in principle, equivalent to participation in the polling stations. The idea is that there is a predetermined calendar before the assembly members are recruited so that those chosen can, if they want, commit and organize themselves in advance. Each session will have a preliminary information phase, another one for deliberation among the participants and a final one for conclusions and recommendations.

What are they going to talk about?

The Executive has explained that, in a first stage, a public consultation will be launched to see which areas are the most priority from the citizen’s point of view. Later, this group of experts must specify the most precise aspects on which the assembly will have to reflect and offer the necessary and “balanced” information to address these fields. In the Spanish Office of Climate Change (OECC) they understand that no one – or almost no one – doubts about the need for climate policies, but something else is deciding which ones to adopt or which are more pressing. That is where the work of the assembly should be valuable. Before the assembly as such is activated, Transición Ecológica plans to launch an information and awareness campaign on this forum so that it can have a more or less precise idea about its importance and function.

The final objective of these sessions is to obtain a battery of recommendations attached to the reality of the citizens, although they will not be binding on the public powers. These recommendations will be transferred, in addition to the Government, to the Congress of Deputies. The Office considers that it is the most appropriate because all the initiatives converge, unify and crystallize there. In that way, they believe, they will be able to influence the many regulations that remain to be developed related to the climate fight. “We believe that this is where these recommendations will best act,” they explain at the OECC, which argues that in other parts such as the United Kingdom, this system has allowed discussions to “land” on specific aspects.

Once in the Cortes, these measures may become part of the parliamentary negotiations so that they end up being effectively applied. “The exercise is to have these recommendations and, as far as possible, give them a legal, social or financial response,” they state in the Government.