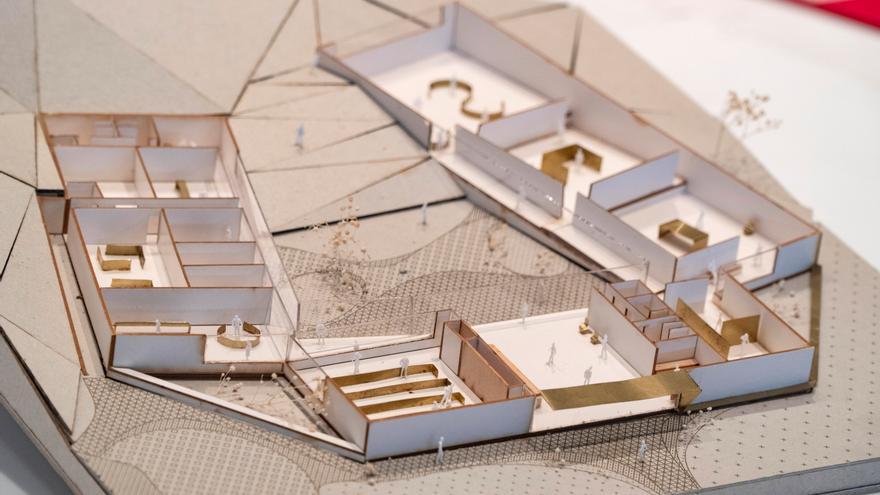 Puente Viesgo (Cantabria), Feb 7 (EFE) .- Cantabria will occupy at the end of next year 2022 the site it deserves for its rock art, perhaps one of the largest in the world in proportion to the size of this community. This milestone will be achieved with the opening of a center that will bring together history, research and conservation.

One of the nuclei with the largest number of cave cavities in the region is Puente Viesgo, and possibly for this reason it has been the place chosen to host the Cantabrian Rock Art Center, which the regional government will open in less than two years.

Altamira, the most famous cave of rock art in Spain is the best known in Cantabria, but not the only one, since the region has more than 70 cave cavities, of which 10 are, as Altamira, a World Heritage Site.

During a visit to the place where the center is built, the director of the Museum of Prehistory and Archeology of Cantabria (Mupac) and the prehistoric caves of Cantabria, Roberto Ontañón, assures Efe that Cantabria is one of the privileged and central spaces of art cave world and sees an “act of justice” for that heritage to have this Rock Art Center.

It recalls the work of the candidacy of ten Cantabrian caves in 2005 to be declared a World Heritage Site, in a joint project with seven other cavities in the Basque Country and Asturias.

The objective was to extend to these spaces the protection and declaration of Unesco that Altamira had had since 1985, because the investigations showed that the vestiges and paintings found in these cavities had, in some cases, equal or even more heritage value.

In July 2008 the 17 cavities on the Cantabrian coast with rock art were declared a World Heritage Site by Unesco.

The Basque Country and Asturias took advantage of this “pull” and began to modernize, Cantabria was lagging a little behind until in 2015 the latter project began to be launched.

A space that will complement the direct visit to the caves that are open to the public, because it will feature an exhibition on Palaeolithic art, will inform the public how these cavities arose, how they were located, what has been their conservation, and will show no only those that can be visited, but the more than 70 caves that the region has with some rock remains.

Ontañón recognizes that the Cantabria Rock Art Center will reinforce the demand that exists to know the Cantabrian heritage and will act as an activator of this type of tourism to attract more visitors and help organize and reorganize this tourist offer, because it will improve the distribution of visitors between the various caves.

“The truth is that it is an exciting project in which the Government of Cantabria has been working for many years. Getting over all the administrative obstacles in 2020 and bidding and awarding the work has been a giant step. Since last December we have invested four million euros in Puente Viesgo to make this cave art center in Cantabria a reality ”, the Cantabrian Vice President and Minister of Culture, Pablo Zuloaga, told Efe.

There are 18 months of work ahead, which began in December, with the project of a team of Asturian architects that will integrate this center with the Monte Castillo de Puente Viesgo.

Pablo Zuloaga assures that locating this center in Puente Viesgo, the heart of the Valles Pasiegos, also means a “decided commitment” to fight against depopulation and bring alternatives for the future and growth to rural territories where young people have the necessary drive to stay in its territory.

The Rock Art Center of Cantabria will be the prelude so that people who arrive at Puente Viesgo, to see the caves of El Castillo or Las Monedas, can start from there a tour of other Cantabrian regions to continue enjoying the great prehistoric heritage of this community.