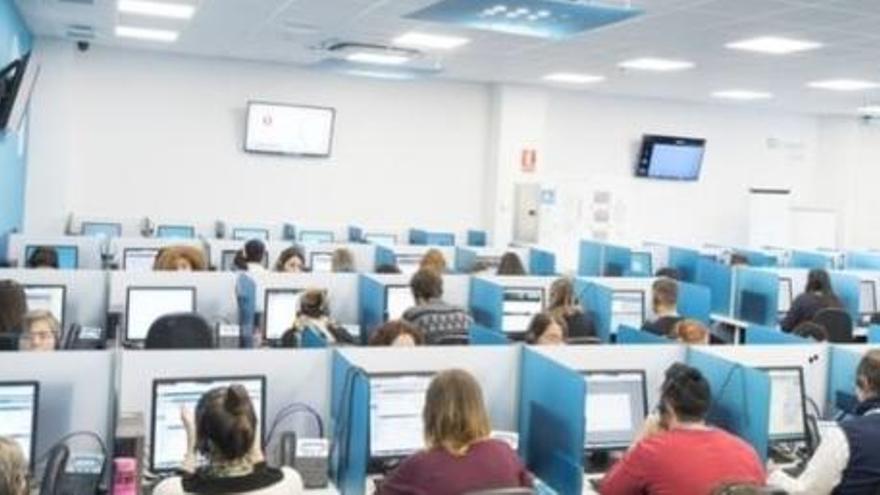 Safety distance of at least a meter and a half, maximum possible ventilation and use of an approved mask are the three basic indications of the health authorities to prevent contagion during the pandemic and that a Cantabrian telemarketing company has skipped by making full of breaches.

Just like denounced the union Commissions Workers (CCOO) This weekend, Stream Mobile, based in the Cantabrian town of Cartes, has caused an outbreak among the workforce that, as this media has learned, already exceeds 60 positives.

“We are more than 100 people in the room without a safety distance, with unfiltered cloth masks and speaking very loudly because we sell a product,” an affected worker tells elDiario.es about the situation they have experienced and that has triggered this outbreak .

This employee has wanted to remain anonymous for fear of reprisals from the company, like the rest of the workers consulted by this means, who have not even agreed to make statements under this formula. Nor has the company commented on the matter.

And, as the union has already denounced, this employee says that when the string of infections exploded, the company sent them to telecommute with “abusive and illegal” conditions that violate the regulations that came into force in October on this matter.

“They make us sign some documents in which they force us to accept that all internet expenses, devices and work equipment are our responsibility, in addition to imposing on us the type of connection or the brand of antivirus that we have to use,” he explains . Thus, they have no choice but to give their consent since “the fear is twofold”: of reprisals on the one hand and return to work in person on the other.

As elDiario.es has been able to confirm, after the CCOO complaint, the Labor Inspection has made a request to the company to provide all the documentation related to prevention protocols, teleworking and the number of workers that were necessary in person . And it is that even the masks they used were not adequate, since they replaced surgical ones with hygienic textiles, against the orders of the Labor Inspection.

This is not the first time that a Pitma Group company has been in a labor dispute. In 2018, nine AON Mobile employees they had to be reinstated after the unfair dismissal by the company after wanting to organize a union candidacy, a case that had great social and media significance, with numerous protest actions in favor of the workers.