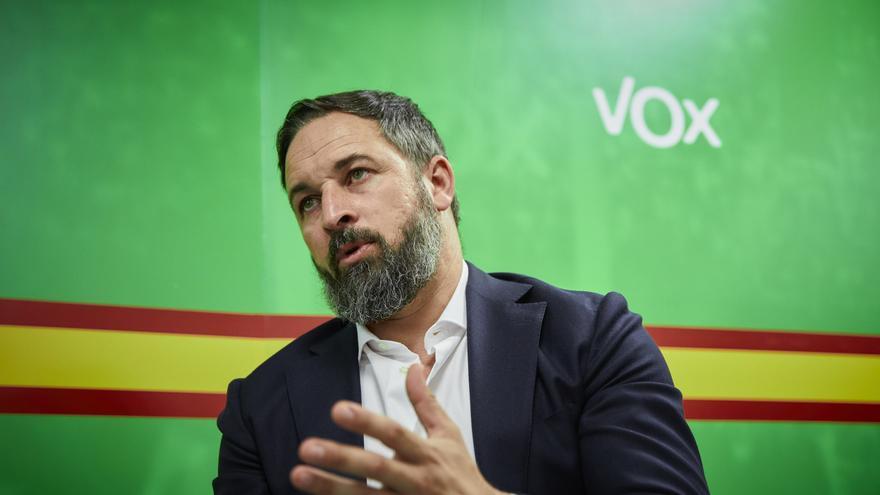 Santiago Abascal returns from his summer retirement ready to materialize the announcement he made in the gallery of Congress on July 29: the presentation this September of a motion of censure against Pedro Sánchez and his “criminal” government despite knowing after having listened to the PP that it is doomed to failure. The chances that Vox will be left alone in the vote are high after the refusal of the party of Pablo Casado and Ciudadanos to support it, considering that the maneuver, rather than harming the leader of the PSOE, Pedro Sánchez, will reinforce him as president. Faced with this situation, Abascal has been involved this August in seeking what he calls a “consensus candidate”, “a prestigious independent” to pressure the PP and incidentally, free Abascal himself from the political wear and tear that comes out defeated in a motion of no confidence. The Vox leader is awaiting a conversation with the head of the opposition to see if he convinces him of the need to join forces to end the “social-communist government”, and believes that he has more options after a court has opened an investigation against Podemos based on a complaint by a lawyer fired from the party about the alleged irregular financing of the PSOE partner, of which no evidence has been provided at the moment.

The far-right formation, which is silent on the names it is considering to present as an alternative candidate for the presidency of the Government, has prepared an internal argument, to which this newspaper has had access, with the “force ideas” of the motion that still It is undated: it is not even registered in Congress.

In the internal document distributed among its deputies and councilors, Abascal’s formation explains that “with this motion of censure, Vox intends to be a useful instrument for workers, businessmen, farmers, affected by illegal immigration or the squatter movement. In short, for the Spanish who are fed up and want an active opposition. ”

Those internal documents – which the different parties distribute to establish doctrine among public officials – insist that “Vox’s interest is not to lead this motion of censure.” “This is a motion solely against the criminal government, without thinking of any other party. Its sole purpose is to combat separatism, communism, ruin and Sánchez’s lies.” That is why they make it clear that “neither Santiago Abascal nor anyone from Vox has the slightest interest in leading a new government.” “The only interest of Vox is to serve Spain and the Spanish, that is why we are open to agree with the rest of the forces on a solution that involves removing Sánchez and Iglesias from Moncloa and giving voice to the Spanish people,” says the doctrine of the match.

The arguments also reject the reading that has been made that it is a “motion against Casado” with which Abascal competes for the most extreme electorate. “Political groups and clientelistic media” that affirm that – they say – “show that they only see politics in an electoralist key.” Vox asks its public representatives to defend themselves: “Vox is not in the political contest to be the first. We are in the contest for Spain. The PP, like the rest of the parties, will have to decide whether they seek the good of Spain or only think about their partisan interests “. Those of Abascal, in fact, remember in their document that “months ago the PP was offered to present it [moción]”.” Given their inaction, we believe that this government can no longer be ruining the Spanish, “so they insist that they remain” open to agreeing with other parties to remove Sánchez from Moncloa. ”

The argument assumes the failure of the motion but the Vox leaders are not pessimistic for that. “Those who move by partisan strategies will say that the numbers do not give for the motion to go ahead. But we are moved by patriotism and we know, like so many Spaniards, that Spain cannot hold out any longer with this government”, they affirm to warn below: “Congress has 350 deputies and it is up to them to assess the seriousness of the situation and the need to give voice to the people in the face of a government that has even betrayed their own.”

“It is better to lose a thousand times than to be passive spectators of the ruin. This motion is not a strategy, it is a demonstration that there is opposition, alternative and hope for the Spanish. With the sole purpose of restoring the voice to the Spanish people”, they sentence .

As Abascal himself has explained through a thread on his Twitter account, his party considers that Sánchez’s Executive deserves censorship because he is at the same time responsible for “corrupting the institutions with a disguised state of exception”; of “the deadliest management of the pandemic – with almost 50,000 dead – and the world’s most liar.” And also of “leaving thousands of Spaniards without charging the ERTE” while “they point out as responsible for the outbreaks the same Spaniards who have been treating for months as children, hiding the reality and drama of the pandemic and the fraud of their management”.

The far-right formation then breaks down in its document the harsh economic reality that, in its opinion, the negligent management of Sánchez has brought to Spain. “The debacle suffered by the Spanish economy in the second quarter of the year, with a year-on-year decline of 22.1%, is not only the largest in its history in peacetime, but also places it as the worst hit in the world” , they sentence, warning of the abrupt fall of the primary and secondary sectors that they see “suffocated”; the “skyrocketing” unemployment rate and a “decomposing” tourism sector.

Now they believe that some very hard months are coming because of “the outbreaks and confinements of certain areas of the national territory adopted by the regional presidents.” But also because of the “insecurity” they see in the streets “because of illegal immigration”, because of the “illegal and massive entry of immigrants into Spain, brought by the mafias, in many cases infected and with a certain risk of causing outbreaks” .

The text continues to warn all its public officials that although the motion “is raised and voted in Congress”, “it is won throughout Spain:” In this situation, provincial, regional, national and European councilors and deputies must be aware of the historical moment in which we find ourselves, and we must rise to the occasion, both personally and politically. “And he asks them to” be very respectful of the suffering of the Spanish people “and to take it into account at the time for “in your expressions in personal posts”.

In order to warm up engines, those of Abascal announce that they will support “all the initiatives of demonstrations, concentrations and acts of vindication of social groups that, foreseeably, will be demonstrated in

September against government policies “, to which they venture a ‘hot autumn’.

To this end, it has ordered the municipal and regional coordinators to transfer and inform the Political Action Committee, through the Directorate of Parliamentary Policy, of “all initiatives of protest acts that arise in the various places of the territory national (providing information on conveners, motive, motto and conditions and sanitary precautions of the act), in order to obtain authorization to, in each case, promote, support and / or attend officially “. It is not the first time they do it: Vox has encouraged the caceroladas against Sánchez and has promoted protest concentrationss in the main Spanish cities for their health management of COVID-19.

This motion of censure was announced by Abascal himself in the last plenary session held by the Lower House in which Sánchez explained the European agreement and the distribution of funds to face the consequences of the pandemic. Then the leader of the extreme right surprised Casado, who he invited to join his unexpected proposal.

He number two of the PP, Teodoro García Egea, was in charge of sending the message to Abascal: “Post-vacation censorship motion to save soldier Sánchez. The PP will always be on the important thing: saving lives and jobs. Don’t count on us for diversionary maneuvers that they reinforce the PSOE “. Ciudadanos has also rejected it.

In his second speech, Sánchez urged Vox and told Abascal, with reluctance: “If it is so urgent for you to end this government, why are you waiting for the month of September? What’s wrong, you’re going on vacation?” .

Now, in addition to the date of the debate, the only question that remains to be cleared is whether during these weeks Abascal will have managed to convince some “consensus candidate” to put his name on the motion or will he be the one who will sacrifice himself in the end and lose it. As he usually says: “for Spain”.