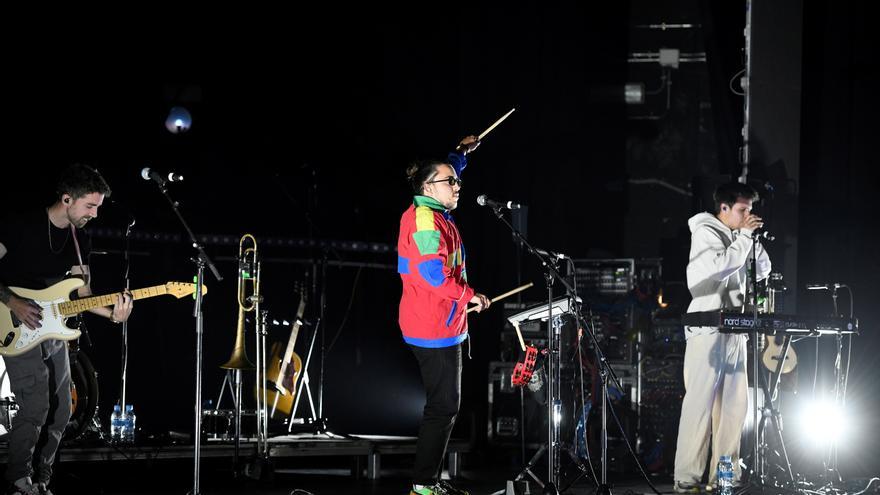 Canet de Mar (Barcelona), Jul 3 (EFE) .- The 30,000 square meters of the Plan d’en Sala in Canet de Mar, conveniently fenced so that those who leave cannot re-enter, have paradoxically become a space of freedom of movements for the 21,000 young people who have attended this Saturday at Canet Rock.

The second massive festival that has been celebrated in Spain without distances since the pandemic, after Vida, has had the same virtues and the same defects as its predecessor.

Once inside, the young people have danced as if there were no tomorrow, they laughed, they hugged each other and they moved without limitations, with their beer in hand and their mask on their chin.

But before they have had to endure long lines, in some cases of more than three hours, to take the antigen test necessary to enter the concert area.

It seems that queues are going to be the keynote for this summer’s festivals, as recognized by a spokesperson for the Canet Rock organization who pointed out that “now things are like this, queues are made for vaccines and many related things. with the pandemic. ”

An explanation that has not pleased a group of friends who have arrived on time at one of the 15 points enabled by the festival to do the antigen test and have been more than three hours in the sun, waiting to enter the pavilion.

Fortunately, the festival has managed to redirect the situation and at 10.00 pm it has closed the last screening point and the furthest behind have headed for the concerts. An hour not too late for a festival that prides itself on offering live bands until the sun rises.

Many have missed the first performances, but when it was Stay Homas’s turn almost everyone was already inside and the atmosphere was euphoric.

“Today is a fucking historic day. I’m very happy to be here”, said with a smile from ear to ear Klaus Stroink, singer of the band.

A bubble of 21,000 young people, all with a negative antigen test stored on their mobile phones, have happily chanted the songs that this band made famous during confinement, that time so near and so far away at the same time.

Inside the Pla d’en Sala the public has felt as if the pandemic had already ended, but the covid is still there and 151 people, of the 21,000 who have taken the antigen test today to go to the Canet Rock, they have tested positive and have not been able to enter.

In addition, about 800 people have contacted the organization before starting the festival to warn that they would not attend because they have recently contracted the disease or are in contact with a positive.

The Canet Rock audience is mostly young and is currently in the age group most affected by infections.

For this reason, the festival considers that its work is “very important from a health point of view, because we have become the most important screening point in Catalonia among the sector of the population that is suffering the most infections and we are helping to identify new cases “.

No less important has been the work that the festival has done tonight in the emotional field, because all the attendees, even those who were most angry at the time of the queues, have left happy, after dancing with a poster composed of Owls, Oques Grasses, Doctor Prats and some of the most festive bands on the Catalan music scene.