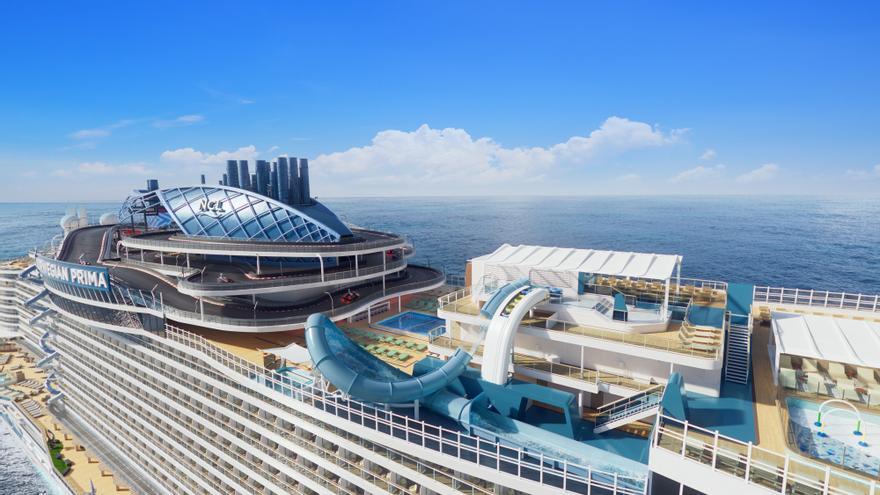 Miami (USA), Sep 21 (EFE) .- The new Prima ship that the Norwegian Cruise Line shipping company will premiere in August 2022 the Broadway musical about Donna Summer in a three-story theater that is also transformed into a Las Vegas-style nightclub for passengers to dance to the hits of “La reina del disco”.

“Summer: The Donna Summer Musical”, nominated for a Tony Award, will be one of the main attractions of the new ship, the first of a total of six of the new Prima class of the company Norwegian Cruise Line (NCL), reported Tuesday the company, based in Miami.

The interactive show chronicles the meteoric success of Donna Summer with a repertoire of more than twenty of her hits, including “Bad Girls”, “Last Dance” and “Hot Stuff”.

The 75-minute production, by the same “Jersey Boys” team, featured on Norwegian Bliss, is an immersive experience and the first at sea where the theater is completely transformed into a nightclub.

Passengers will be able to enjoy the musical, which premiered on Broadway in 2018, as well as being part of the show and dancing to the all-time classics of Donna Summer (1948-2012).

The innovative theater that transforms into a three-story space, designed to move from a state-of-the-art stage to a sprawling dance floor, will feature a customizable seating layout and an LED screen that descends from the ceiling and measures almost half the size. from space.

In this nightclub, passengers can dance until late at night and enjoy a wide variety of music and special effects.

“Passengers will witness choreography and high intensity acrobatics while participating in a multisensory show,” detailed NCL.

“We are not only improving the experience for our guests, we are offering an adrenaline rush and incredible experience full of emotions,” said Harry Sommer, president and CEO of NCL, in a statement.

The Norwegian Prima will be over 294 meters long, over 142,000 gross tons and able to accommodate 3,215 passengers in double occupancy.

Other attractions on the new boat include an interactive game show, a three-level race track and the “fastest” dry free-fall slides on the high seas.

The shipping company also explained that the Prima Speedway kart track is the “largest” on the ocean and the first of three levels.

It is a racetrack over a quarter mile long (420 meters) and 22% larger than the current go-kart track found on Norwegian Encore.

On the track, which will surround the ship, up to 15 karts will be able to race simultaneously in the open sea, reaching speeds of up to 50 km / h.