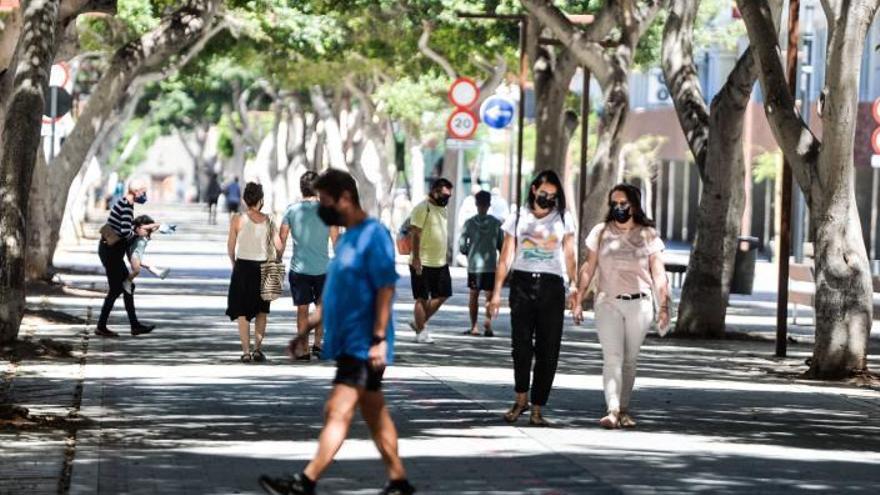 The Islands added 118 new cases of coronavirus last day with which the general calculation rises to 54,414. However, at present they are 2,497 people still infected with the virus. It is the first time that such a low figure has been recorded since August 24 of last year, before the start of the second wave, when 2,264 were recorded.

Most of those affected by the pathogen, specifically 2,200, recover in their homes where they receive the necessary medical follow-up to control the evolution of the disease while they remain isolated. Nonetheless, 297 patients are admitted with more serious pictures, 62 of them in the intensive care units and 235 in the hospital ward. On the other hand, since the beginning of the health crisis, 51,160 citizens have received medical discharge after defeating the virus, 180 in the last 24 hours.

Yesterday the region experienced a decrease in the number of Covid-19 infections, 22 less than the previous day (140). Of the 118 that were notified by the Ministry of Health, 61 were located in Tenerife. With them, the island accumulates a total of 23,681 cases of which 1,613 are still active. This means that more than half of the people who are still ill in the region are in Tenerife territory – 64.5% of the total. In fact, Santa Cruz is the municipality with the most ongoing paintings in the entire Archipelago, 840.

There are fewer in the capital of Gran Canaria, where until yesterday there were 594 affected by the pathogen. On the island, 643 cases are still epidemiologically active – 25.7% of those in the autonomous community – of the 22,133 that have been registered since the pandemic began. Lanzarote, for its part, added 19 positive diagnoses in the last hours, with which its global figure rises to 5,175. 200 cases of coronavirus are still ongoing on the island. As far as Fuerteventura is concerned, it scored two infections in its statistics, so it has 2,280 accumulated and 18 active.

La Palma registered a new case of Covid-19 with which its general count stands at 541, although only 11 people remain ill in its island territory. In El Hierro, two infections were also detected, increasing the number of ongoing cases to seven. Since the beginning of the health crisis, 370 citizens have been infected on the island. Finally, La Gomera added a positive diagnosis, so it has 232 accumulated and four assets to date.