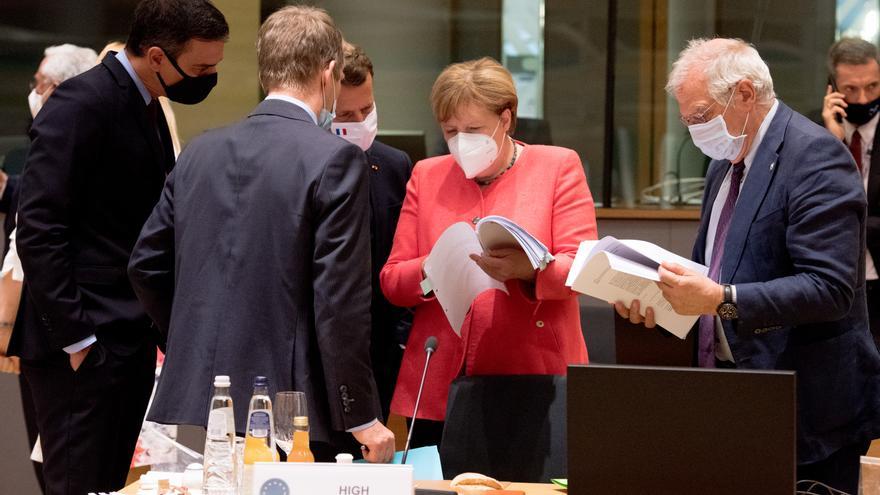 There are weeks until the money begins to arrive. Almost a year after the political agreement of the heads of State and Government of the European Union that illuminated the European funds of 750,000 million euros, the items can begin to reach the countries. This has been confirmed by the economic vice-president of the EU, Valdis Dombrovskis; and the Finance Commissioner, Paolo Gentiloni, before the Economy and Budgets committees of the European Parliament.

“The forecast is that we will adopt the first proposals for decisions in the second part of June,” said Gentiloni. Once it is approved by the European Commission –for which it has two months–, the ball goes to the rest of the members in Ecofin –for which they have up to one month–. “The Commission has two months for the evaluation. We will try to have the first evaluations before the end of June. Then it depends on the Council, which has a month, but could speed up decision-making a little”, recalled Dombrovskis: “The first proposals of the Commission will be presented in the second half of June. The idea is that there will be a decision in execution of the Commission in a month. I will not go into details regarding the current evaluation. In general we can be satisfied with the work carried out without prejudge the evaluation of individual plans. There is a good balance between investments and reforms, and green and digital objectives are going to be achieved, in some cases with considerable margin. Plans in general have a fairly important social dimension, with elements of social inclusion and equality, and will contribute to the implementation of the European Pillar of Social Rights “.

“In July we should be able to make the first disbursements, with a 13% refinancing,” said the community vice president to the questions of the socialist Eider Gardiazabal (S&D): “Can you reach the [segundos] payments by the end of the year? Yes. It will all depend on whether the Member States have met the milestones and targets. This is what will determine the next payments. ”

The first payments correspond to the 13% advance that the countries receive when their plans are approved, about 9,000 million in the case of Spain, which is entitled to 140,000 million from the recovery fund, between transfers and credits practically 50%.

Spain delivered its recovery plan on April 30, in which it requests a total of 69,500 million euros in subsidies, without yet requesting the part of the credit, which in principle reserves for the period 2023-2026. By 2021, Spain expects to receive 25,000 million.

Regarding the reforms, the Citizens MEP Luis Garicano (Renew Europe) has asked the commissioners how they are going to control that the “reforms fakes” of the Spanish plan, in his words. “Those reforms are crucial and the member states are trying to get away with these bogus reforms. What are they going to do about it and how are they going to really demand those reforms?” Vice President Dombrovskis has been blunt: “The allocation of funds will depend on the implementation of the reforms and the fulfillment of those objectives. In other words, without reforms there will be no money.

“The main challenge that we now face once the plans are approved will be to see if what is included in the plans becomes reality and is done on schedule. And it seems to me that it will be difficult in the future. This is the case of some countries. The commitments made in the plans are far-reaching and the Commission, together with Parliament and the Council, will be there to assess and follow-up on this possible application. collected in the plans is put into practice “.

To questions from the MEP of En Comú Podem, Ernest Urtasun (Greens), the Vice-President of the Commission said: “We have had a very intense dialogue with all the Member States. There are only some exceptions that will be presented later in the plans. And on all the plans that we have received, in general we are very satisfied “.

The Spanish plan It is structured around four pillars: green transformation; digital transformation; social and territorial cohesion; and gender equality. It includes measures in sustainable mobility, energy efficiency in buildings, clean energy, digital skills, digital connectivity, support for the industrial sector and SMEs, and social housing. The projects of the plan are mainly focused on the period 2021-2023. The plan proposes projects in the seven emblematic European areas.

The EU countries that have not yet ratified the legislation for the European Commission to issue joint debt to finance the recovery fund – own resources decision – are Estonia, Ireland, Hungary, the Netherlands, Austria, Poland, Romania and Finland. Its approval by the 27 is essential for the funds to start.